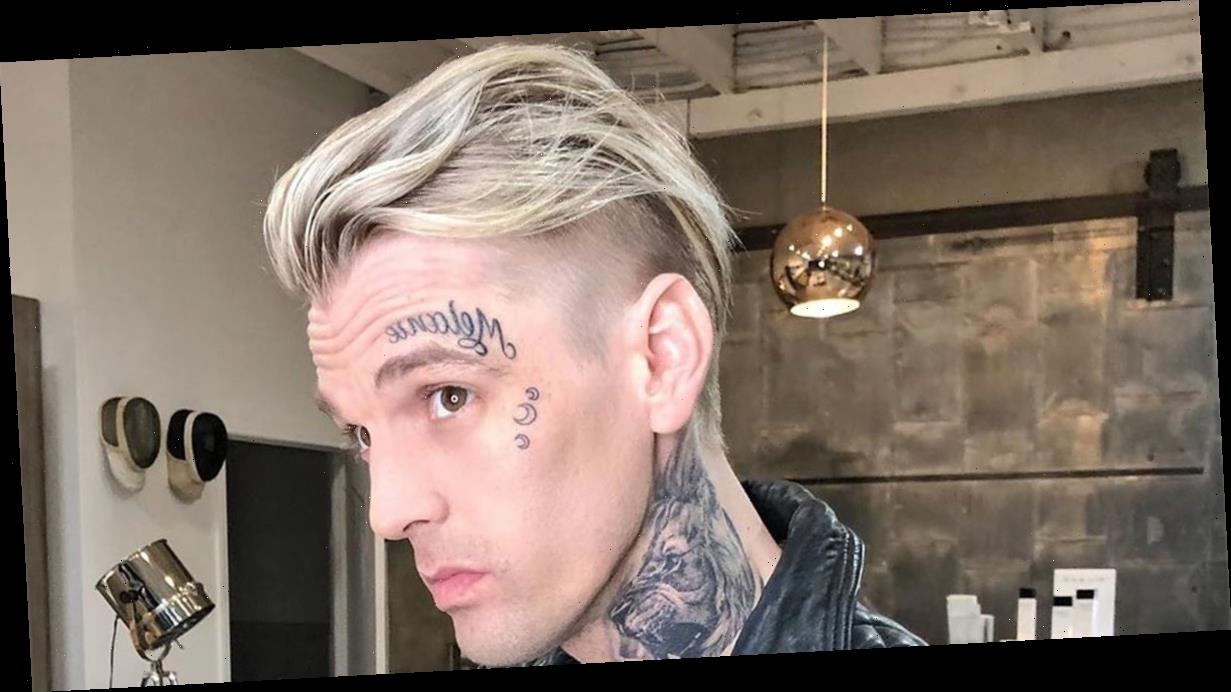 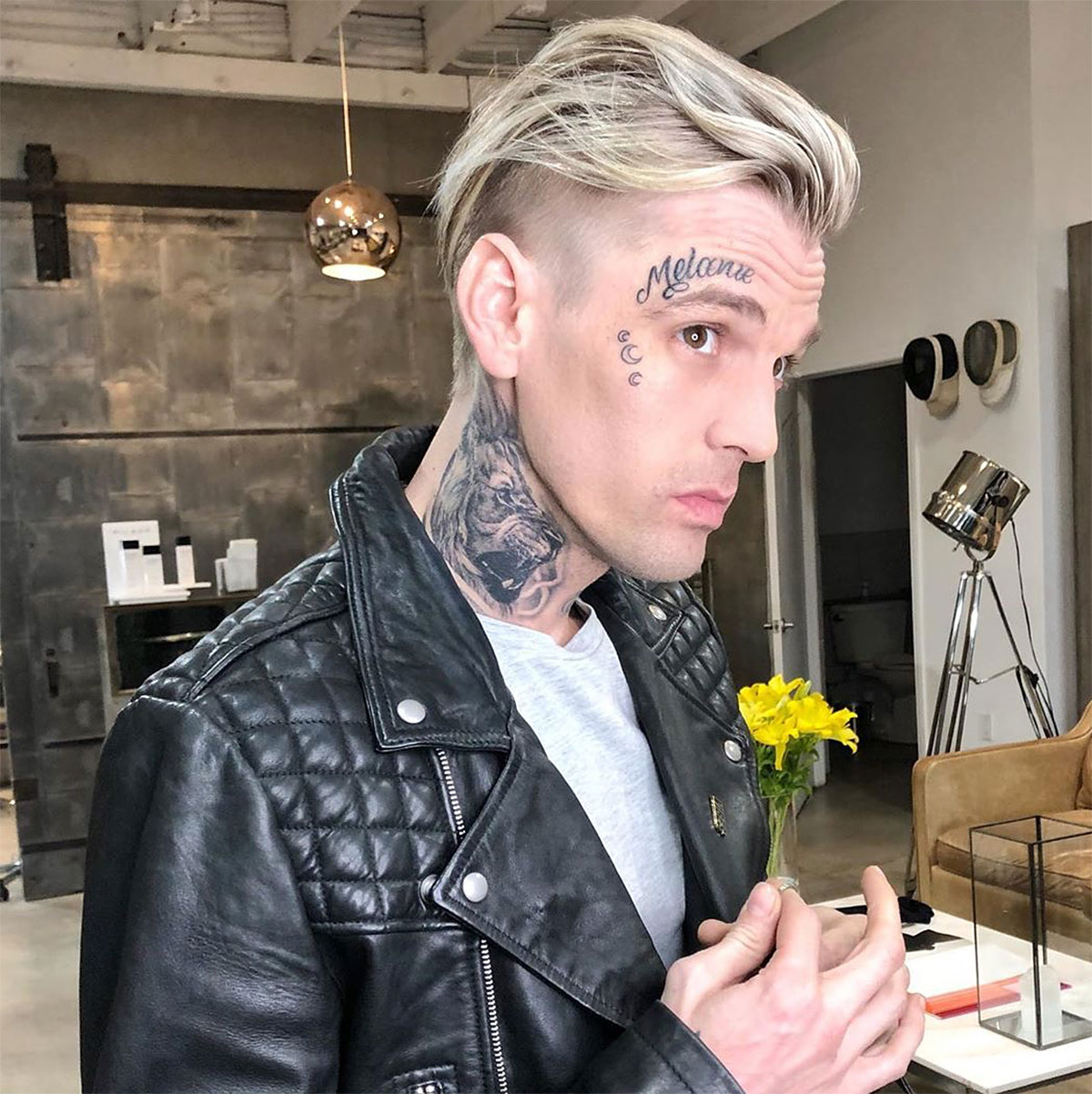 Aaron Carter’s in love! To prove it, the 32-year-old singer got the name of his girlfriend of three months, Melanie Martin, inked onto his face in large script.

Stars Are Expressing Themselves With Face Tattoos — Including Chris Brown, Amber Rose, Presley Gerber and More!

Fans learned about the new design when the Florida native visited L.A.-based hair-colorist Brandon Peach to lighten his strands. After freshening up his mane, the hairdresser snapped some pics of the singer, thus revealing his new tattoo. He now has “Melanie” permanently inked above his right eyebrow.

“Had so much fun hanging out with this guy and bringing him back his signature bright blonde,” Peach wrote in the Instagram photo series on Sunday, March 8. The rapper’s locks undoubtedly got a fierce upgrade, but it’s impossible to ignore his new ink. The stylist chose not to mention the new tattoo in his caption.

All of the Most Artistic Graphic Celebrity Tattoos

It appears as though Carter’s been hiding the ink from his 511k Instagram followers because none of his recent photos display the portion of his face with the new tattoo. Perhaps an official reveal is coming soon.

This isn’t the first time Carter’s surprised fans with a new tattoo. Back in September, Carter tattooed practically the entire left side of his face. The unexpected ink features a Medusa-inspired design and the word “love” underneath of his eye.

During the same visit, he also got a little crescent moon inked onto the other side of his face.

Tattoo artist Herchell L Carrasco (a.k.a @rockrollg on Instagram) was responsible for the massive design which he brought to life in the star’s home in Los Angeles for $5,000, according to TMZ.

He posted a mirror selfie showing off the fresh ink on September 28 and captioned it, “I’M THE BIGGEST THING IN MUSIC RIGHT NOW. I CAN’T BE DENIED. FACT CHECK ME. #unstoppable #LMG #SilenceBreaker”

Apparently, the professional inker thought he was simply touching up a design on Carter’s torso rather than tattooing the “I Want Candy” singer’s entire face.

After completing the three tattoos requested by Carter, he urged the artist to keep on inkin.’ “[He] wanted to keep going and I had to stop him,” Carrasco told the outlet. “I couldn’t cover his whole face in a tattoo. I just couldn’t.”

Listen on Spotify to Get Tressed With Us to get the details of every hair love affair in Hollywood, from the hits and misses on the red carpet to your favorite celebrities’ street style ‘dos (and don’ts!)

Spoilers: Suki makes threat to Jean as her cancer lie is exposed in EastEnders

'Clueless' Pop-Up Restaurant Called 'As If' to Open
Recent Posts