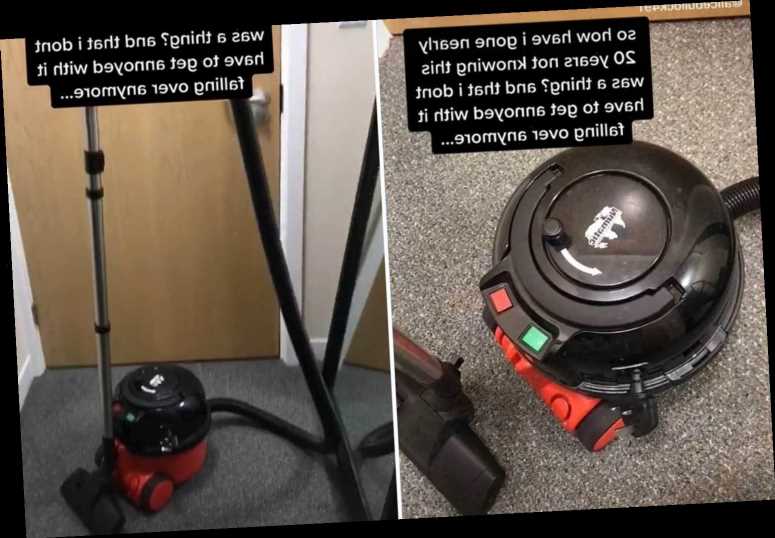 THERE'S no denying that Henry Hoovers are an iconic part of British culture – but let's not beat around the bush here, we've always found them to be a total pain to put away.

Well if you've ever been tempted to chuck yours straight out the window (guilty as charged), then you might want to give this savvy woman's "life hack" a try. 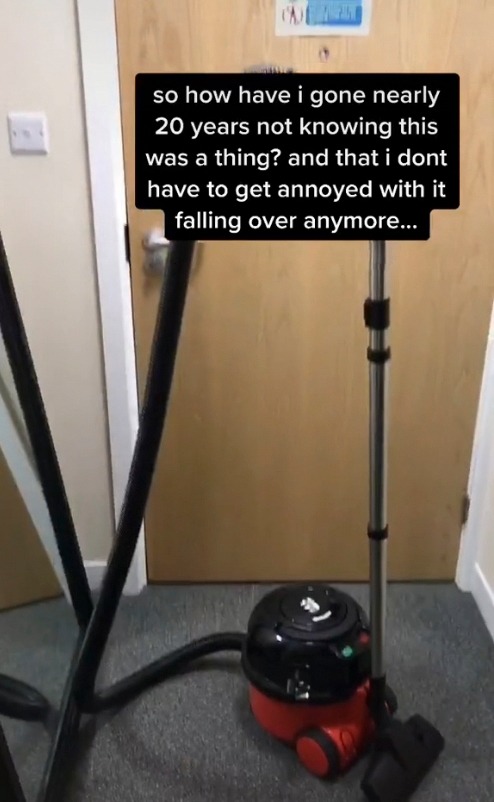 Earlier this month, TikTok user Alice joked that she felt like she'd been "lied to" after discovering a "secret" Henry Hoover design feature.

She wrote: "So how have I gone nearly 20 years not knowing this was a thing?

Demonstrating the "right" way to store it, the student simply placed the back of the vacuum head into the slot in between the wheels… and something we'd never noticed before. 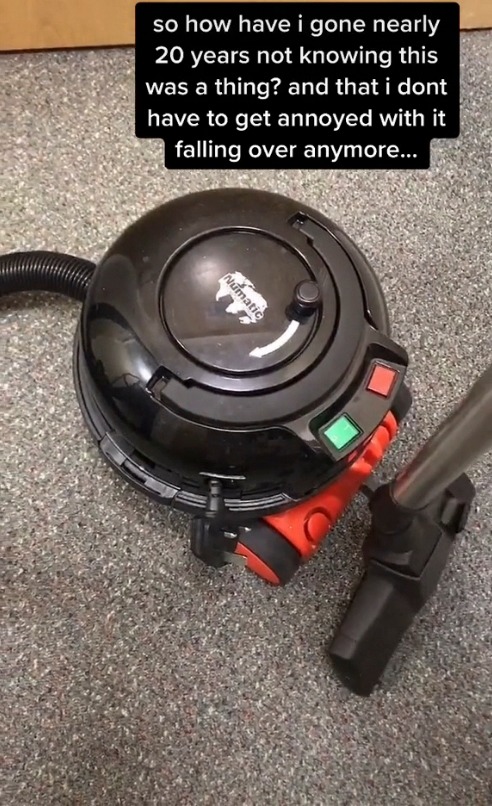 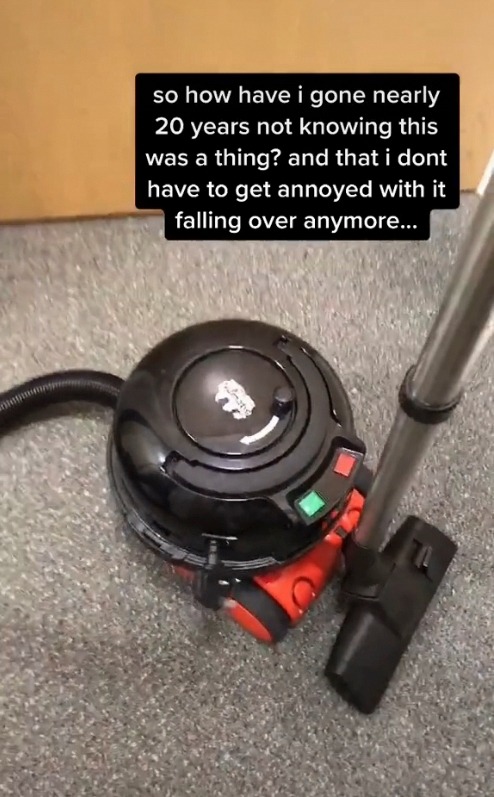 Once she'd done this, the handle remained upright on its own – and 37,000 viewers were equally as stunned.

One replied: "I swear I lean more on TikTok than I do in school."

"Well this has changed my life," another added.

Meanwhile, a third wrote: "The circular bits next to it are to hold tools… just thought I'd say!"

For more tips and tricks, cleaning fanatics are going wild for a £3 scraper which gets burnt hobs looking brand new in seconds.

And this woman revealed the horrifying amount of dirt that was trapped in her ‘clean’ carpet.

Plus this mum revealed genius hack for cleaning awkward water bottles and all you need is some rice.

Mo Rocca on searching for Peggy Lee in North Dakota