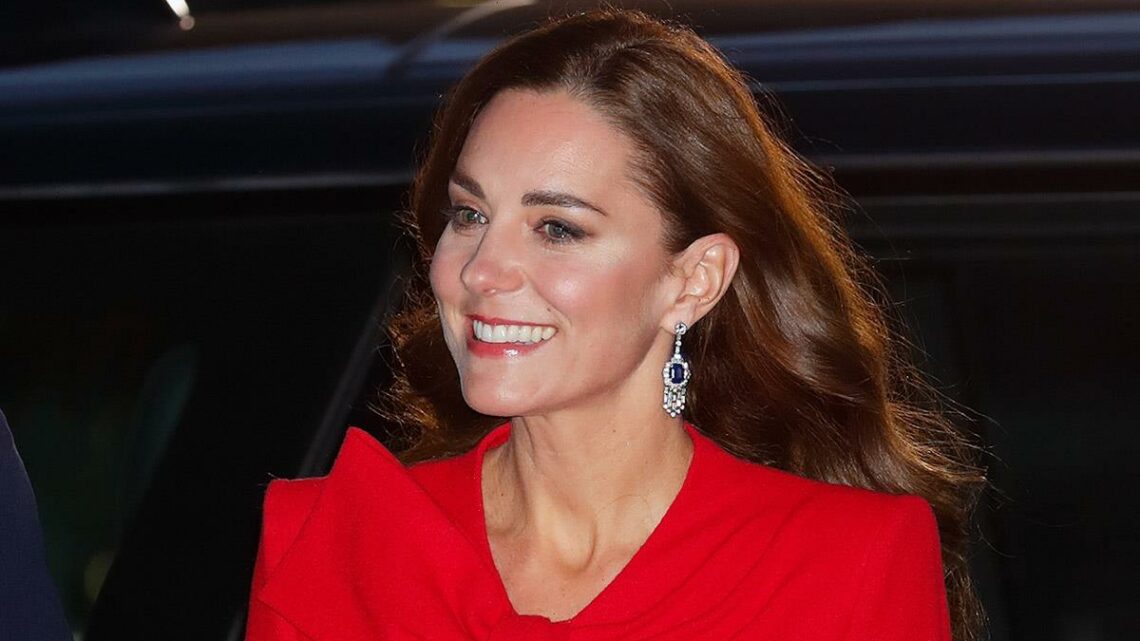 The Cambridge family released their Christmas card earlier in the week, which showed Prince William, Duchess Kate and their three children enjoying a holiday together in Jordan this year.

We were fascinated to learn that Kate spent some of her early years living in the country with her family, and even attended nursery school there. Her parents, Carole and Michael, worked for British Airways at the time – Michael was a manager and Carole a flight attendant.

Prince William visited Jordan in 2018 and said in a speech during his trip: “My wife Catherine is very sorry she cannot be here with me so soon after the birth of our son Louis, but her family remembers very fondly the almost three years she spent here as a child when her father worked for British Airways in Amman.”

MailOnline reports how the royal told a charity boss in Jordan: “She loved it here, she really did. She is very upset that I am coming here without her.”

And in an article from UAE’s National News in 2011, we discovered more about the years the Middletons spent in Jordan. The Duchess was just two when the family moved there in May 1984 and her sister Pippa was eight months old.

Hanna Hashweh, chief executive of the Hashweh Corporation travel agency in Amman visited the Middleton home during their years there, telling the publication that the family “lived in a two-storey rented villa, close to a park and the nursery where Kate went. I remember she was a very beautiful little girl.”

Kate’s nursery was the now-closed Assahera nursery, “one of the most expensive in the area”, said Hanna. The school hours ran from 8am to 12.30pm Monday to Thursday.

MORE: 27 best gifts for grandchildren from grandparents this Christmas

She added: “Kate’s father used to pick her up sometimes in his work uniform and the kids used to get very excited and run to see him. But most of the time the mother picked her up. She was always on time.”

Kate was in a class of 12 with children aged three to five from countries such as Britain, Jordan, Japan, India and America. They learnt in both English and Arabic and would read a verse of the Quran following their morning singing session. Both Christmas and Ramadan were celebrated.

The children’s breakfast would be foods such as hummus, cheese and labneh (strained yoghurt), revealed the article, while activities included playing in the sandpit, putting on plays and twice-monthly outings to nearby cultural places of interest.

The Middletons returned to England in September 1986 when dad Michael’s work posting ended, where Kate was enrolled at St Andrew’s School, a private school in Berkshire.