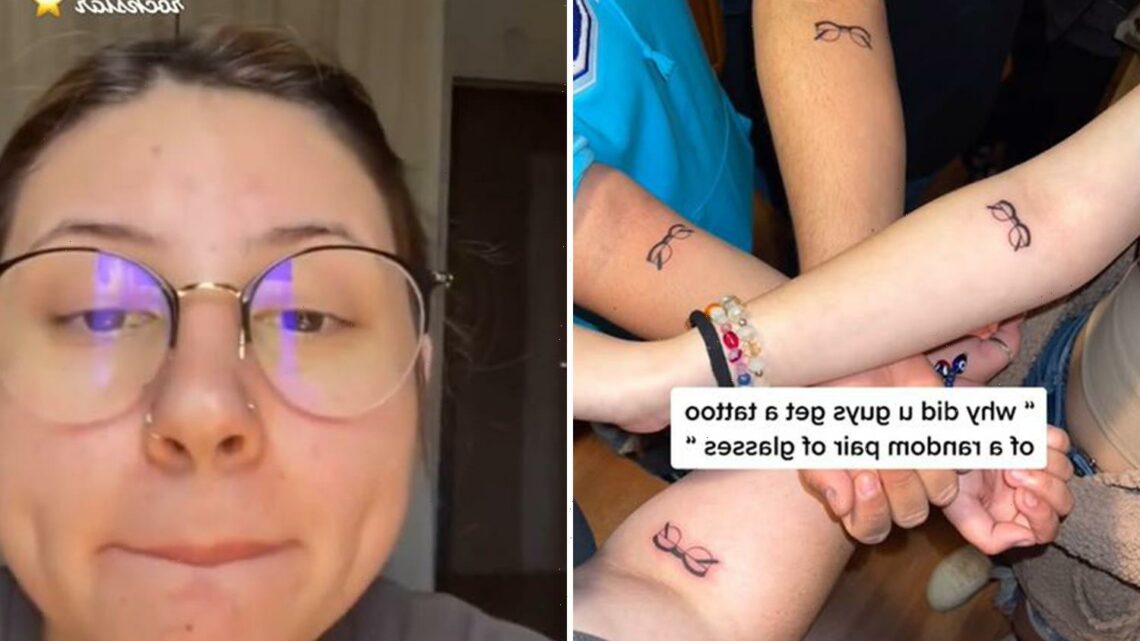 A GROUP of friends has shared a photo of them having matching tattoos and it's left the internet sobbing.

Stephanie Vazquez, from Mexico, uploaded the video on her TikTok channel and it has since taken the social media by storm with over 30 million views. 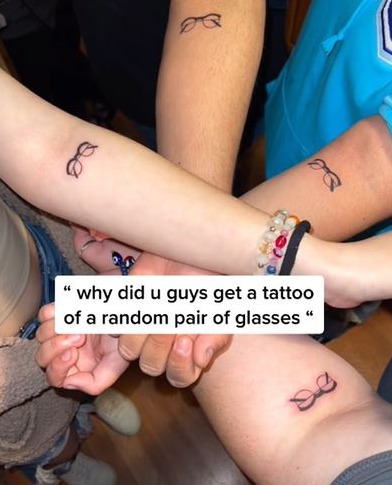 After getting the same picture of glasses inked on forearm with her three friends, people were confused.

''Why did you guys get a tattoo of a random pair of glasses?''

She then revealed the reason behind the idea: ''ur with us always.

I get told I'm a 'fraud’ because I do my makeup so well, I don't care I love it

''i love you vale💗,'' she said to her friend who, unfortunately, passed away earlier this year.

Valeria was always seen wearing glasses and the group of friends decided that this would be a great way of honouring her.

Apparently, after showing this to Valeria's parents, they claimed they were able to see their daughter's face behind the glasses.

The heartbreaking story and gesture, of course, made everyone devastated, like this one viewer who wrote: ''Omg this has me sobbing❤️❤️❤️❤️❤️☹️☹️☹️☹️☹️.''

''YALL ARE AMAZING FRIENDS I LOVE YALL SO MUCH FOR THIS,'' another praised the group.

''These are real friends right here I just know she’s smiling down appreciating and wishing the best for all of u🥺,'' another viewer was convinced.

Someone else shared an idea: ''random thought, since it’s 4 of you and you said vale you should each get one letter of her name under the glasses so altogether it says vale.''

Plus, mum devastated after reading her seven-year-old daughter’s heartbreaking Christmas list – and it has others in tears too.

For more heartbreaking stories, read about this wife whose husband of 17 years doesn’t know who she is any more – 'it’s heartbreaking but I’ll always love him'.

Also, learn how Alzheimer’s disease turned this mum’s life upside down – so we gave her the best day of her life. 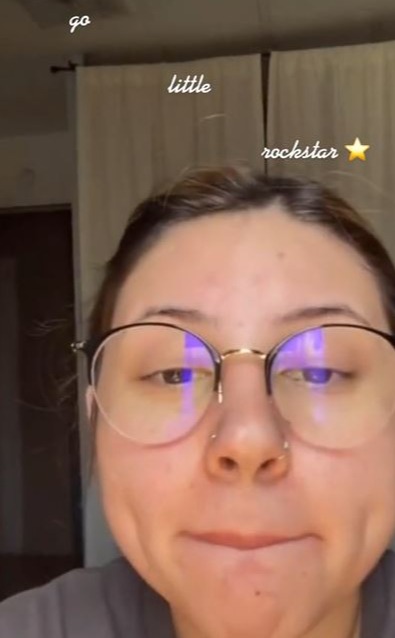