Home » Beauty and Fashion » How Much Muscle Can You Gain In A Month? Here’s How To Optimize Muscle Growth, According To A Trainer 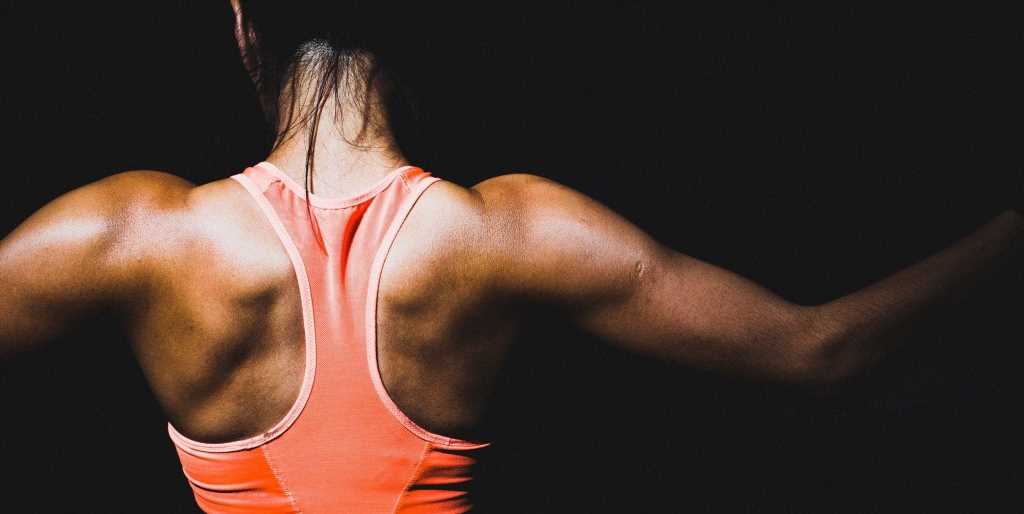 How Much Muscle Can You Gain In A Month? Here’s How To Optimize Muscle Growth, According To A Trainer

If you’re looking to see how much muscle you can gain in a month, you’d be wise to focus on strength training first and foremost. When it comes to exercise modalities that produce quick results, it doesn’t get much more instantly gratifying than lifting heavy. On top of walking out of the gym with a major mood boost, there’s a fairly solid chance whatever muscle you just trained will look stronger and larger as you leave, too.

And no—that enlargement isn’t just a product of improved confidence; it’s a physiological phenomenon called transient hypertrophy. Of course, those aren’t actually gains per say. Rather, the “pump” you see is just a temporary flush of fluids to whatever muscle was being worked.

But how long does it really take to start building lasting muscle from a weight training program? And more importantly, how do you get there? All the info you need is ahead.

First, it helps to know how muscles, and their growth process, work, according to Jacque Crockford, an exercise physiologist with the American Council on Exercise (ACE). “Muscle mass is increased through training and nutritional programming which, over a given period of time, can increase the size of the muscle fibers,” she explains.

Start a strength training routine with this dumbbell workout:

Quick science lesson: Myofibrils are bundles of proteins within muscle fibers that help your muscles to contract and relax. “[They] become thicker and stronger with increased strength training,” Crockford explains. Meanwhile, she notes, the sarcoplasm (which is the fluid around those muscle fibers) boosts the size of the muscle itself.

Basically, this means that when you do a single biceps curl, for example, the muscle sustains damage, or breaks down. The body then delegates microscopic repairmen (a.k.a. the myofibrils and sarcoplasm) to fill in those damages. When this process is repeated, the muscle grows bigger and stronger over time. (You also might have also heard this referred to as hypertrophy.)

Why Some People Build Muscle Faster Than Others

Despite the fact that our muscles break down, repair, and grow with the same biochemical reactions, according to Crockford, that process is streamlined for certain people. “Those exercisers who are genetically male may experience faster, seemingly easier increases in muscle growth when compared to females,” she says. “This is mainly due to [genetically male] people having more of the hormone testosterone, which is primarily responsible for assisting in muscle growth.”

There are a few caveats to the gender divide, though. Crockford says that all people, regardless of their gender, have varying levels of testosterone. (So it’s entirely possible for one woman to be carrying more testosterone than another, so she packs on muscle more quickly.)

Moreover, most studies analyzing testosterone levels in comparison to muscle growth and size pretty much only feature male participants, says Crockford. “More scientific research is needed to understand potential hormonal differences in women and men [as it relates to strength training].”

However, Crockford says that human growth hormone, as well as insulin, also play a role in a person’s ability to build muscle. Again, though, the extent to how much of each hormone a person has is largely genetic.

Another major factor in the muscle-building puzzle? Age. “Sarcopenia, or a loss of muscle mass, has been shown to increase with age,” Crockford says, noting that this phenomenon is two-fold: While muscle loss, like bone loss, is a natural part of aging, it’s often accelerated with an inactive lifestyle.

In other words, regular resistance training can help offset that muscle loss. Studies have shown that this deterioration can begin to occur in a person’s early forties, although it becomes more prevalent as the decades go on, with a 50 percent reduction in muscle mass common among folks in their eighties.

How Much Muscle You Can Gain In A Short Period

Back to the question at hand! If you’re brand-new to resistance training, expect to see tangible shifts in your muscle mass after three to six months of regular training (with proper nutrition!), says Crockford. “Although strength and body weight changes may be measurable within a few days or weeks after beginning a hypertrophy program, these changes are often due to neural adaptations and fluid fluctuations.”

If you’re brand-new to resistance training, expect to see tangible shifts in your muscle mass after three to six months of regular training.

That being said, Crockford says that seeing real, long-term muscle growth is possible after a month of training in some people (keyword: some). “With high genetic potential, it may be possible for someone to gain up to two pounds of muscle mass in a month,” she says. “But that rate is pretty unpredictable per person.”

The most important action you can take in building muscle mass, according to Crockford, is regular resistance training (heavy resistance training, to be exact). “Exercise programming for hypertrophy requires heavy weights, or 65 to 85 percent of your one-rep-max (1RM),” she says.

Pro tip: If you’re not sure what your 1RM is for a particular exercise, Crockford says that choosing a weight that allows for six to 12 reps and roughly three to six sets is ideal (your final rep should feel pretty challenging).

And while sticking to the hypertrophy-focused regimen above for roughly three to six months (focusing on a twice- or three-times-per-week schedule) will contribute to muscle growth just about anywhere, focusing on large muscle groups, like your chest, back, and legs, to really build muscle, per Crockford. “And try to increase the time-under-tension for each exercise.” (Essentially, this just means slowing down each rep into stretched-out counts of two or three.)

While Crockford says that calorie abundance in general reigns supreme when it comes to muscle gain, studies have shown that ample protein specifically can contribute to muscle growth. In one study published in Nutrients, scientists noted the optimal amount for gains was 1.6 grams of protein per kilogram of body mass per day.

“Rest, particularly sleep, is where muscle recovery takes place,” Crockford says, adding that those hormones responsible for muscle growth and recovery (namely, testosterone, human growth hormone, and insulin) are streamlined to repair microtears in muscle fibers during periods of rest. And if the muscles can’t repair quickly, they won’t grow as fast. “Everyone needs a different amount of sleep to function, however, try to aim for six to nine hours each night,” Crockford recommends.

Here’s another reason to drink up: “A properly hydrated body functions better in all areas, and that includes facilitating the healing of muscle fibers after resistance training sessions,” Crockford explains. While she says that, again, your level of hydration is highly dependent on your activity level and body size, as long as your urine is a light yellow, that probably means you’re on track.