IT'S FAIR to say dating is never plain sailing and for one girl, she was left devastated when a guy she had been speaking to for over a year left her for someone else.

She revealed that there had been a long build up to the pair getting together and when they finally did, her hopes of having the "best relationship of my life" were dashed in just two weeks. 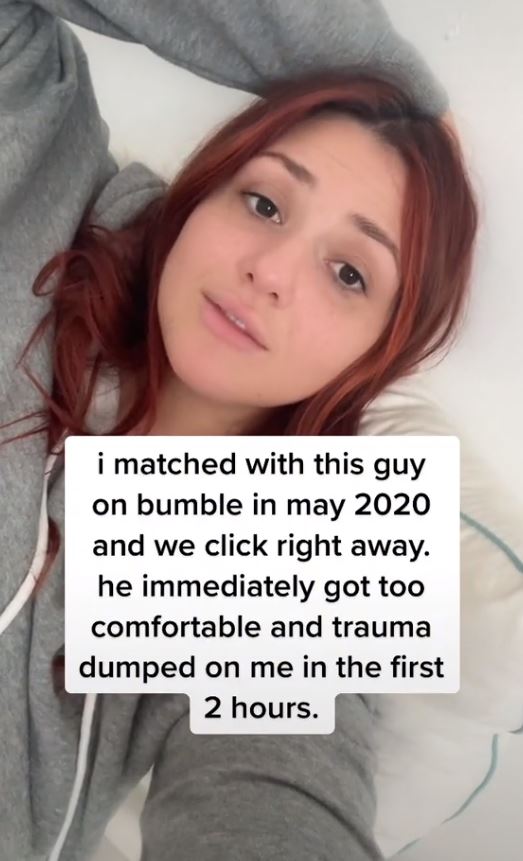 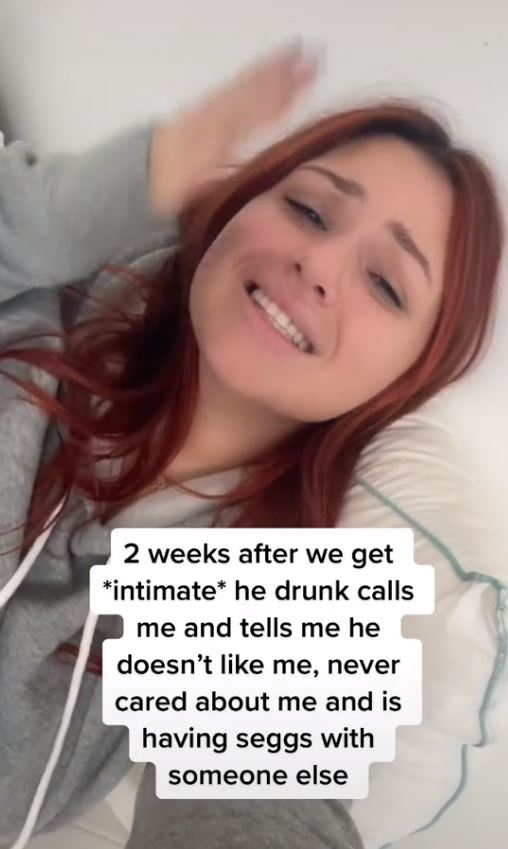 TikTok user @jehonaswitness found herself blowing up online as she shared a video of her dating fail, after matching with a guy on Bumble last year.

They hit it off straight away but she put the brakes on any romance blossoming, after she felt like the guy got "too comfortable" too quickly.

The pair stayed friends and continued to speak every day, with the girl's feelings for him building over time – only things didn't exactly go to plan when she finally plucked up the courage to tell him.

She revealed: "I matched with this guy on Bumble in May 2020 and we [clicked] right away, he immediately got too comfortable and trauma dumped on me in the first two hours.

"He asked me out and I politely declined telling him to take some time to work on himself first. We decide to be friends and text and FaceTime almost everyday for 1.5 years.

"He's always telling me how much he likes me and wants to be with me, how well he would treat me and how happy he could make me."

Realising she likes him more than she initially thought, the girl continued: "I start catching feelings and get jealous when he talks about other girls so I finally tell him that bothers me and he says if I gave him a chance he wouldn't have to date anyone else.

"I finally decide to face my fears and give him a chance, anticipating the best relationship of my life since we've spent so much time building an emotional connection."

Turns out the guy wasn't as invested as he seemed, as she then dropped the bombshell: "2 weeks after we get *intimate*, he drunk calls me and tells me he doesn't like me, he never cared about me and is having seggs with someone else."

The story left people "shocked", with hundreds commenting on the girl's post.

Another wrote: "The moral of the story… trust your intuition unilaterally."

A third commented: "He was playing the long game from the beginning. I'm never gonna look past that first early trauma dump red flag ever again."

Others couldn't believe how long the guy had grafted for, with one person posting: "A year and a half?! He was committed…"

"Bro played the long game," joked another, while one more added: "This dude put in WORK."

Another shared: "Red flags from the start on both ends. y'all if someone 'likes' you, don't play BFFs and talk every day, it never ends well."

Meanwhile, one woman reveals 'My boyfriend of five years went on a lads’ holiday & didn’t come home – he left me for a girl he’d known for three days'.

And this woman was left creeped out when a gas man left his number & waited outside her house for an HOUR after saying her pjs ‘turn him on’.

Kirsten Dunst On Working With Benedict Cumberbatch In ‘The Power Of The Dog’: “We Didn’t Talk To Each Other On Set” – Contenders London
Recent Posts