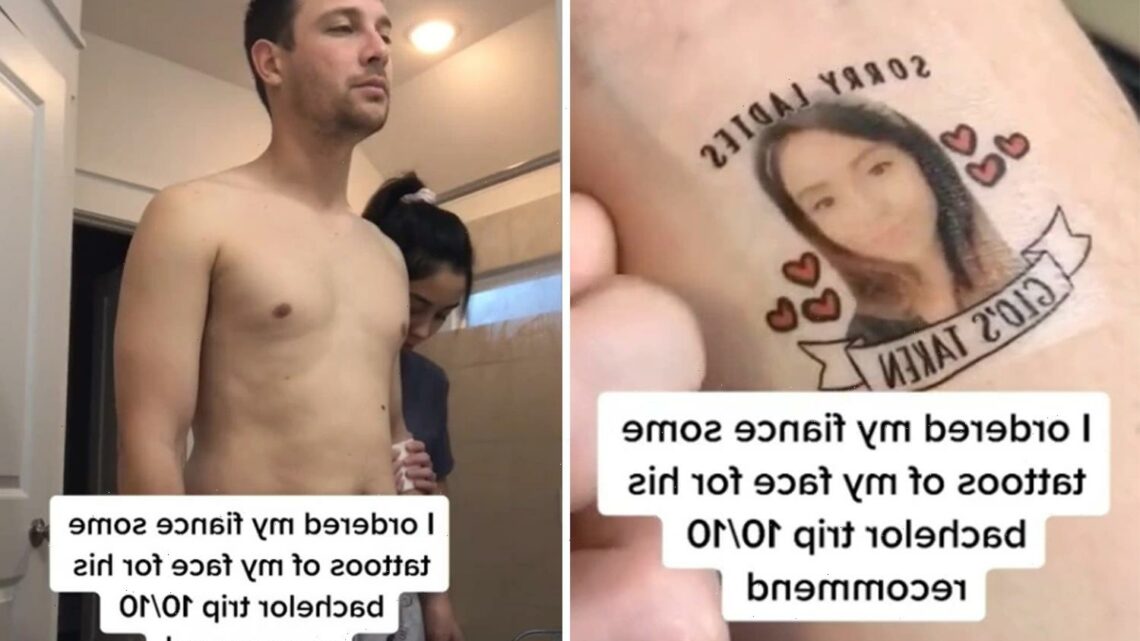 A WOMAN decided to make sure her fiance didn’t get up to any mischief on his stag do by putting tattoos of her FACE on his body.

TikTok user @stephjaimes revealed she tricked him into wearing the temporary transfers before the lads trip. 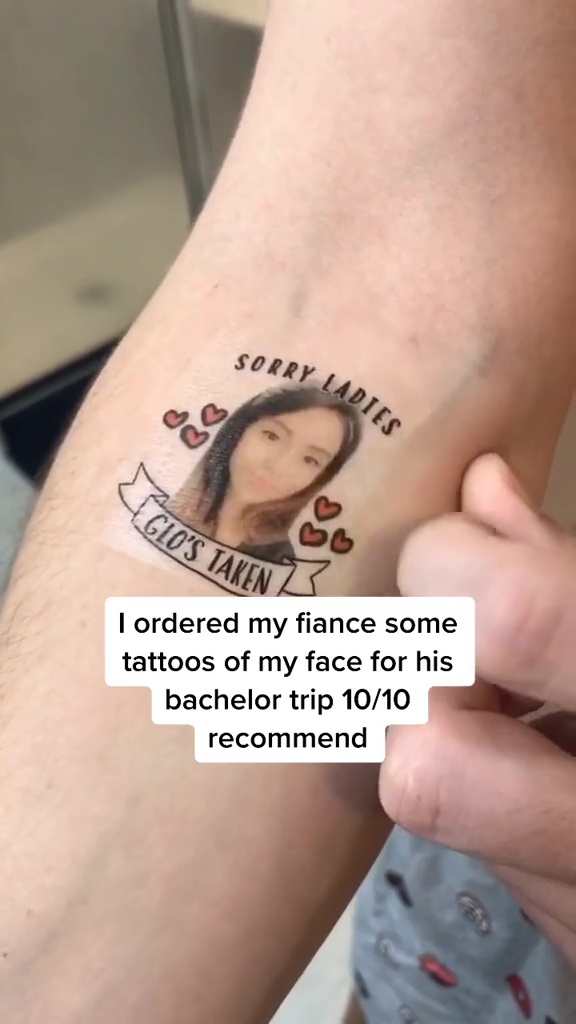 She uploaded a video of her applying the tattoo on his arm under the pretense of doing a “trick to make his veins pop out.”

Steph wrote: “I ordered my fiance some tattoos of his face for his bachelor trip 10/10 recommend.”

The tattoos have a picture of her face with the text “Sorry ladies, Glo’s taken.”

When her fiance saw she had applied the tattoo to his arm, he did not look impressed. 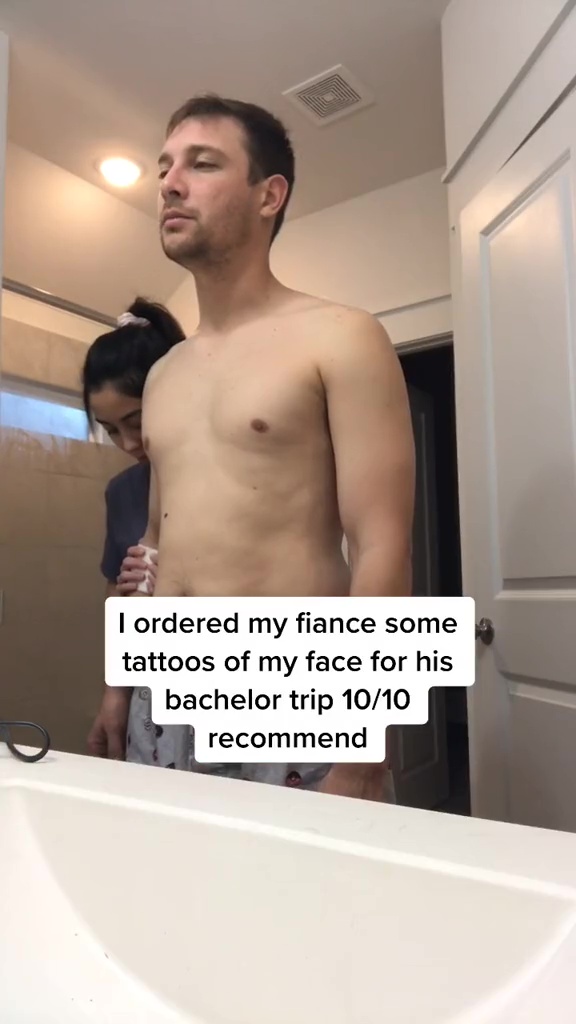 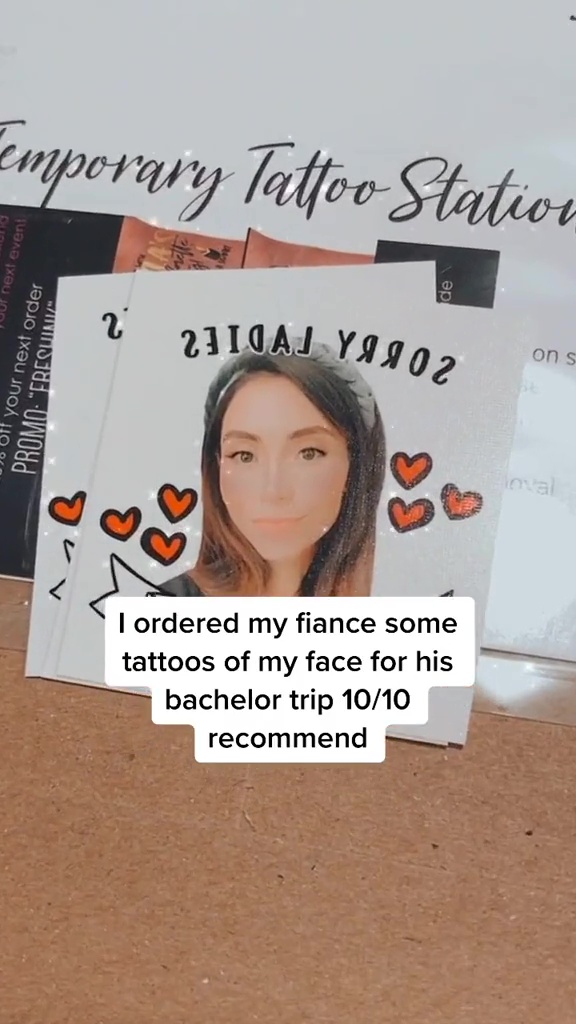 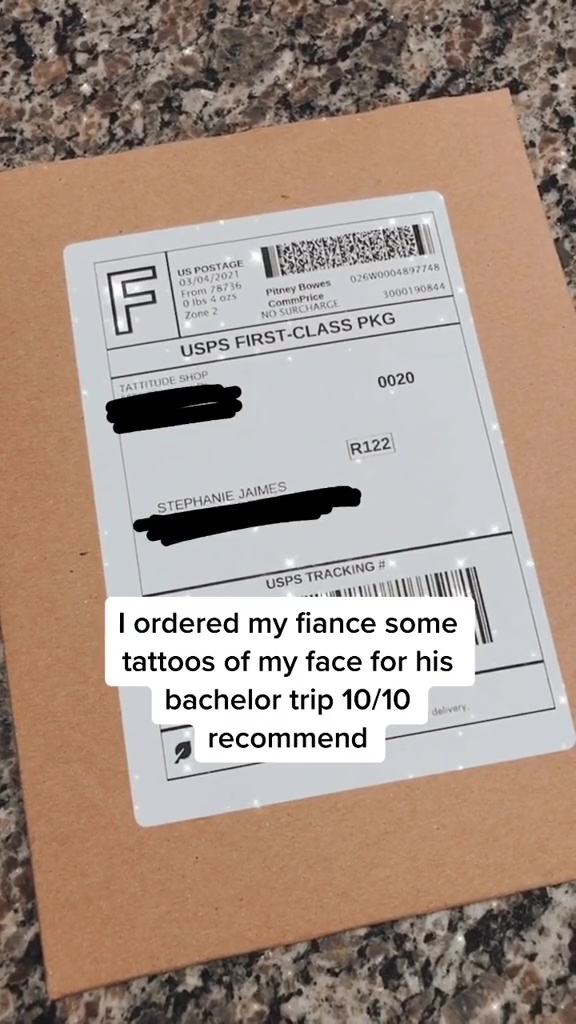 The groom-to-be can be seen trying to scrub at the inking saying: “What the! That aint coming off. Not coming off at all.”

Meanwhile, his prankster fiancee erupts with laughter next to him.

Her video has racked up over 4.3million views, but many people were not impressed in the comments at the groom’s reaction.

One said: “He did not pass the vibe check.”

Another added: “I do NOT like his reaction to that”, with a third saying “do not marry him”.

Previously, a woman called off her dream wedding after her fiance confessed to cheating while on his stag do in Ibiza.

And a lad on stag do discovered his girlfriend had packed him a surprise to ensure he doesn’t cheat.

The Devil Made Them Do It: All the Classic Horror Movies Referenced in The Conjuring 3