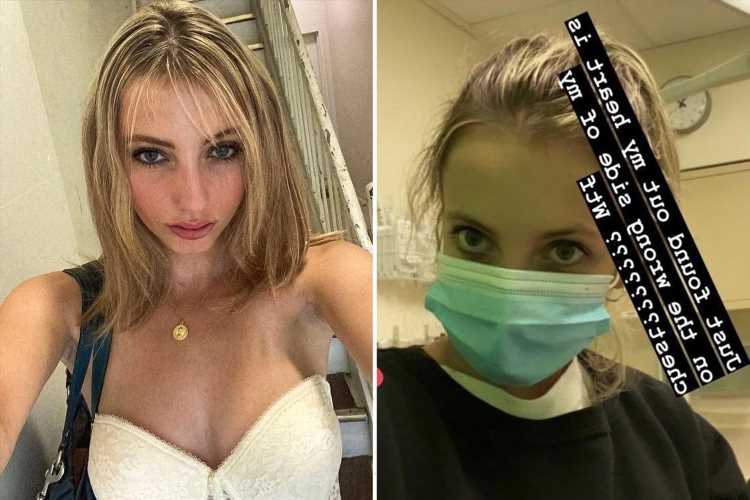 A WOMAN who went to the doctors after coughing for two months straight was shocked when medics discovered her heart was on the wrong side of her chest.

Claire Mac cut herself on some barbed wire and had to go to the hospital for a tetanus shot in June and thought she’d ask doctors about the persistent cough she had been experiencing. 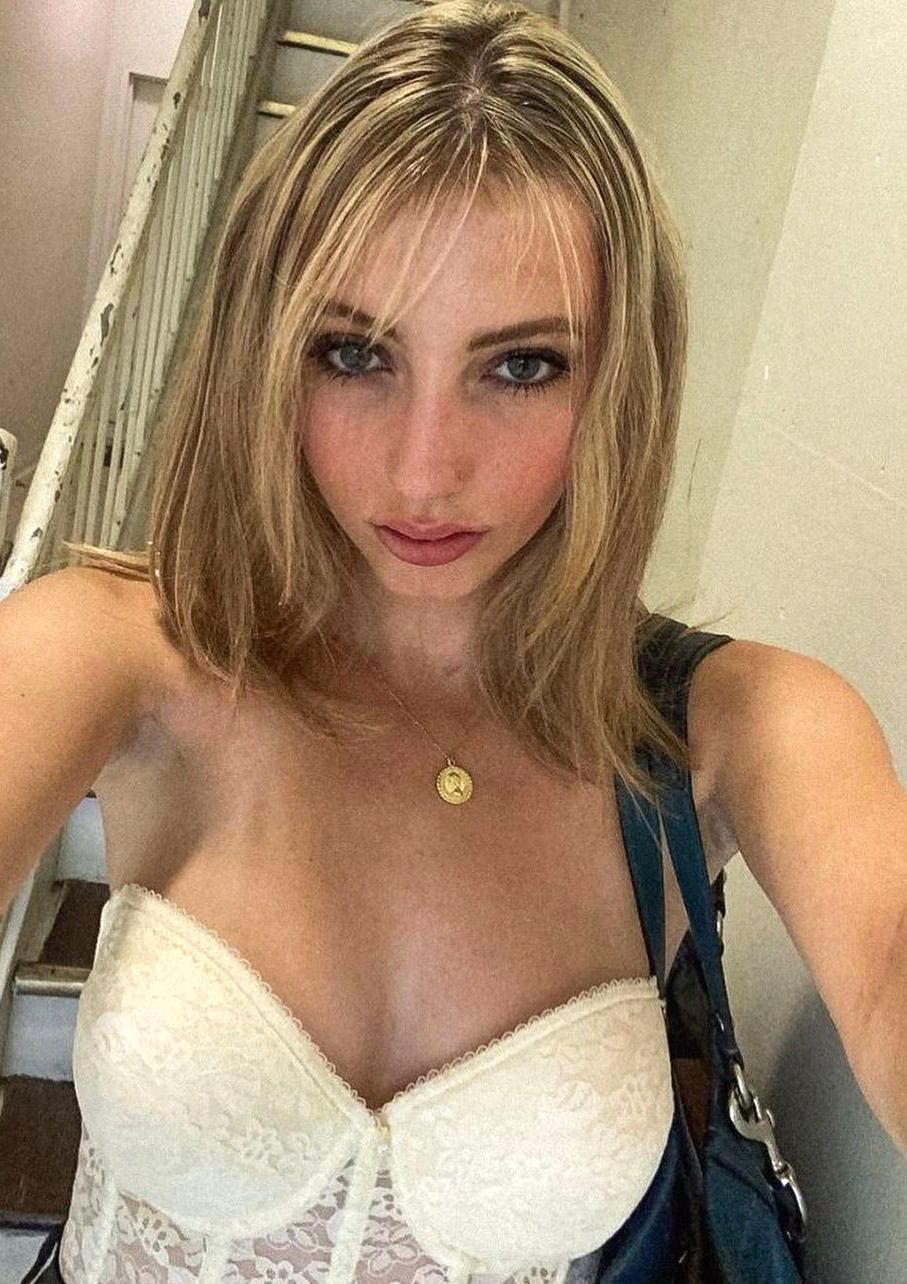 The 19-year-old from Chicago was told she was suffering from a lung infection and was then given an X-ray.

Claire, who is a student, said she is often exposed to a lot of colds due to the fact that she works in nightlife.

When Chicago started to open up last month, Claire said she got a cold which was persistent, highlighting that medication wouldn’t help quell the symptoms.

She said: “I went to the ER at the end of June because I needed a tetanus shot after I cut myself on barbed wire, and I decided to have them check out my cough as well.

“She [the doctor] looked really shocked and told me ‘OK this is a bit weird but did you know your heart is on the right side of your chest instead of the left?’.

“I was so confused and started laughing because I honestly didn’t believe it.

“The doctor explained it is called dextrocardia and that I should inform my primary care doctor of my condition.

“I kept saying ‘what, are you serious?’ – I honestly was in shock and extremely confused as to how I didn’t know before I was 19 years old.” 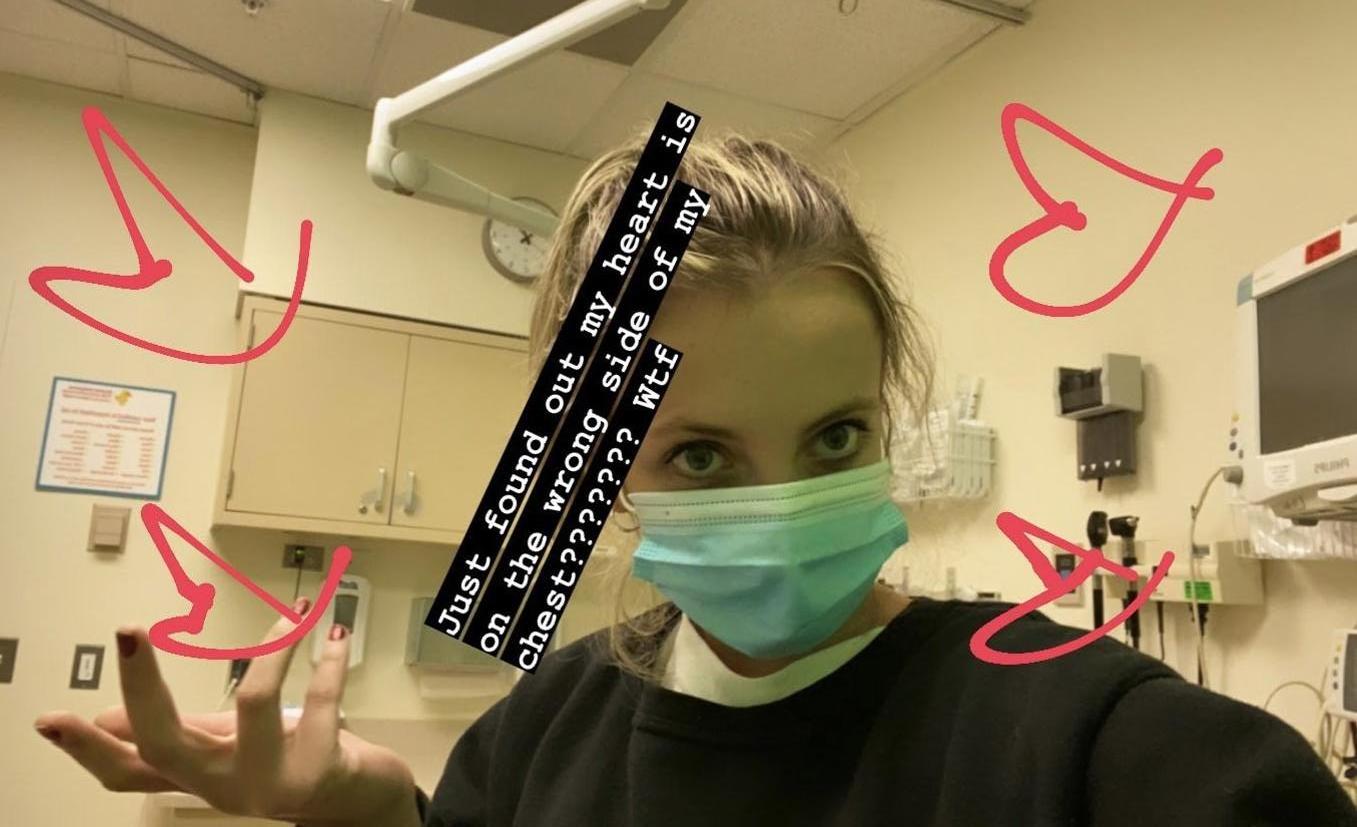 Dextrocardia is a rare condition in which the heart points to the right side rather than the left.

People are born with the condition and it's thought that around one per cent of people globally have it.

If you suffer from this condition then it's likely that you'll also have heart, organ or digestive issues.

The cause is unknown and the condition can only be detected if a patient has an MRI scan or an X-Ray.

Some people with the condition will have a high frequency of lung infections.

You might also experience breathing difficulties, fatigue and blue lips.

Dextrocardia is a rare condition which is present at birth, in which the heart is pointed toward the right side of the chest rather than the left.

Less than one percent of the general population is born with the condition and Claire said her parents were also “in shock and extremely confused”.

She added: “My dad was really freaked out by it and my mum thought it was hilarious that I didn’t find out until now.

“I hadn’t ever had a chest X-ray so there was no way to know that my heart was reversed.

“My primary care doctor did a check-up with me and said that my heart does beat louder on the right side – but obviously there’s no way you can diagnose dextrocardia from that alone.” 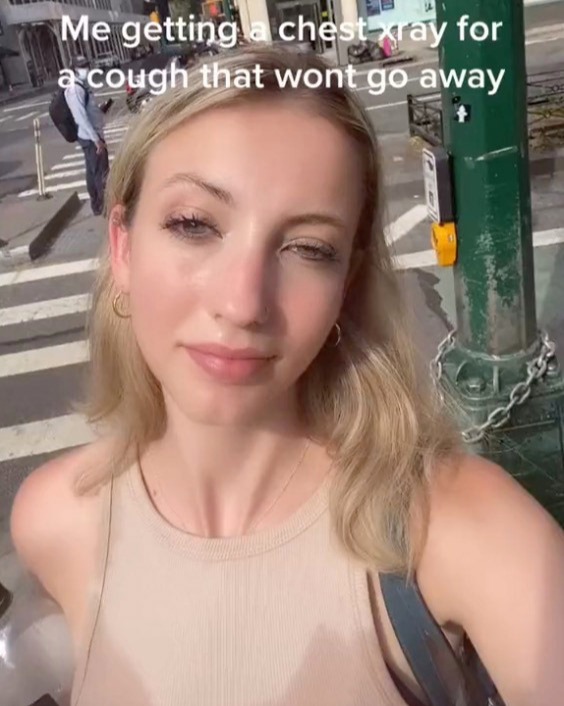 After her diagnosis Claire took to TikTok to share her experience and her post has now been viewed 2.9 million times and has received more than 400,000 likes.

Many social media users questioned how doctors had missed the fact her heart was on the wrong side of her chest.

Dextrocardia is usually not life-threatening and Claire doesn't need any medical follow-ups at present, but will simply go on living with her heart on the wrong side.