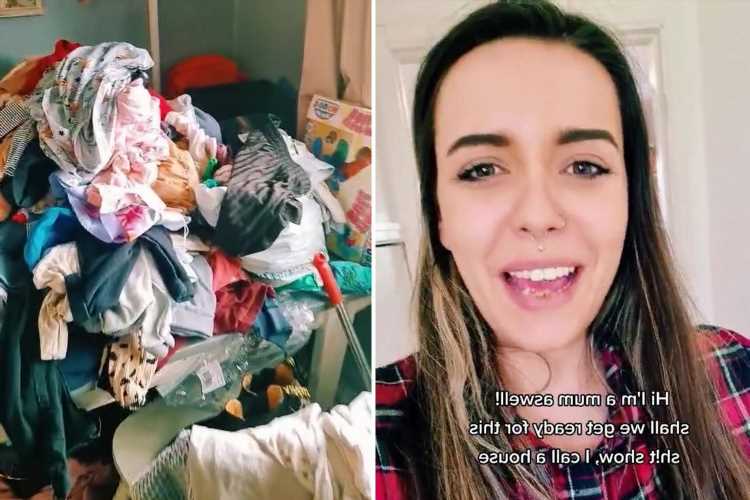 THERE'S no rule book when it comes to parenting so sometimes it's hard to know if what you're doing is right.

But one mum from Wales is sick of "perfect" mums criticising her for being a bad parent just because her home life is a little chaotic. 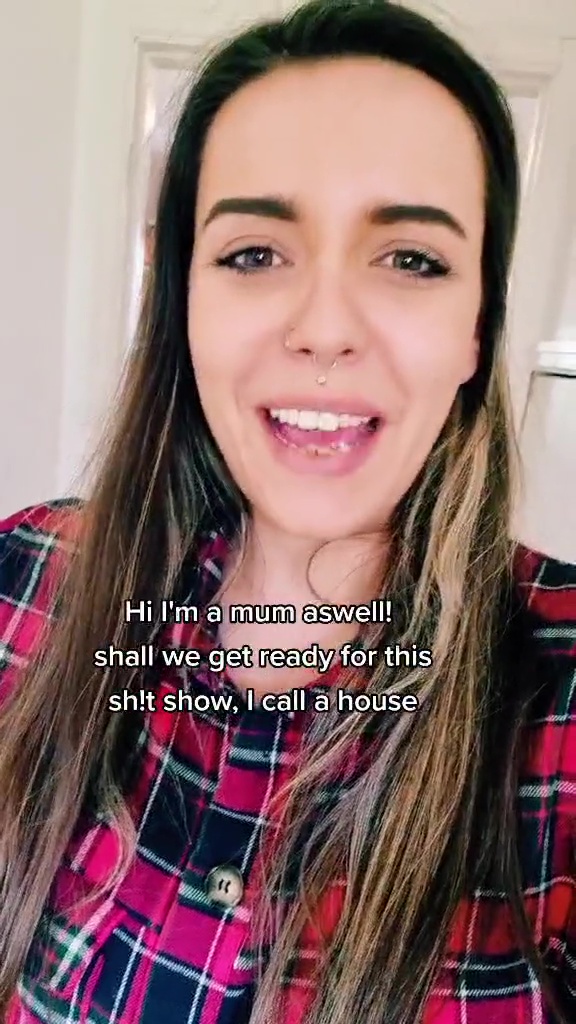 The proud mum goes by the name The Tradie Wife on TikTok and has made a name for herself thanks to her candid approach to mum life.

She isn't afraid to admit that her house is always a mess and that she feeds her kids junk when days get tough – but she's a proud "sh*t mum" who is trying to normalise it.

So much so that she's started her very own "sh*t mums club" and encourages other woman to let go of parenting pressures and embrace a disorganised household.

"Being a sh*t mum is bl**dy fantastic, we just don't care. If you're in the sh*t mums club all we care about is supporting each other," the outspoken mum says in one of her clips. 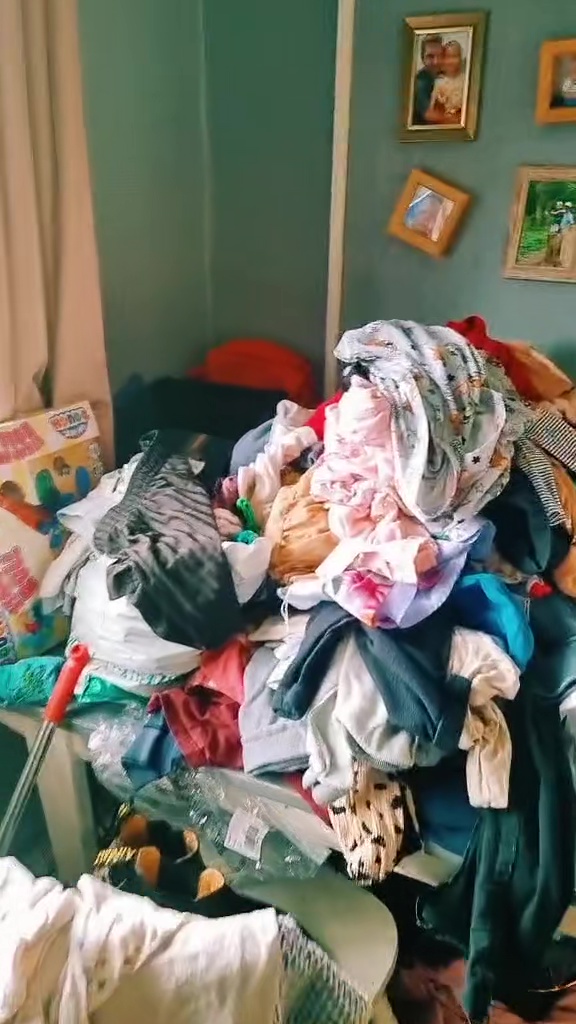 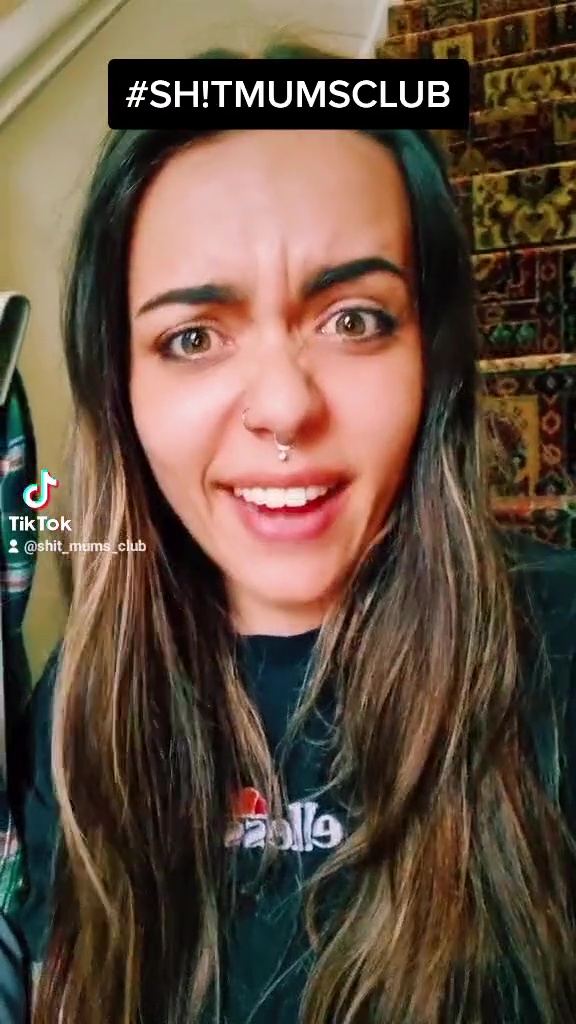 She goes on to say that chicken nuggets and chips are regularly on offer in her home and so is Dominos pizza – because she doesn't have time to whip up healthy, organic meals for her young ones every day.

She also stresses that this is normal for many busy parents, and she aims to make that more known.

Even if it means skimping on fancy fruit and yogurt for breakfast in place of stale cut-price croissants.

"Chicken nuggets, we're here for it, screen time here for it, you don't want to play with them and you want to have five minutes peace to yourself? That's f***ing fine. We don't care," she says.

The mum, who's also made a separate TikTok account dedicated to the "Sh*t mums club" regularly pokes fun at parents who appear perfect online and admits this isn't the reality for most.

She stresses that no one has the right to judge a mum who is "doing her best" just because they might do things differently. 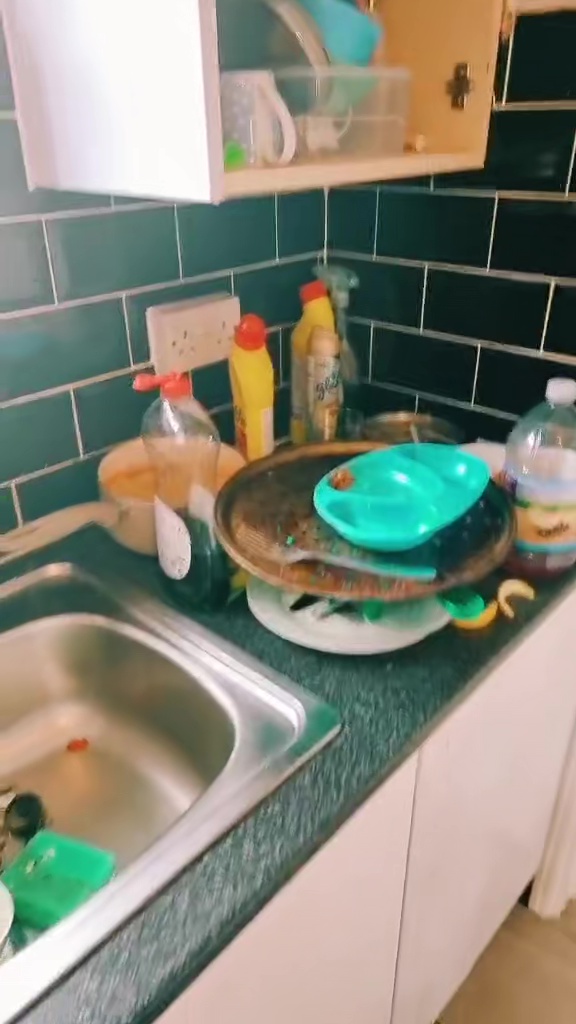 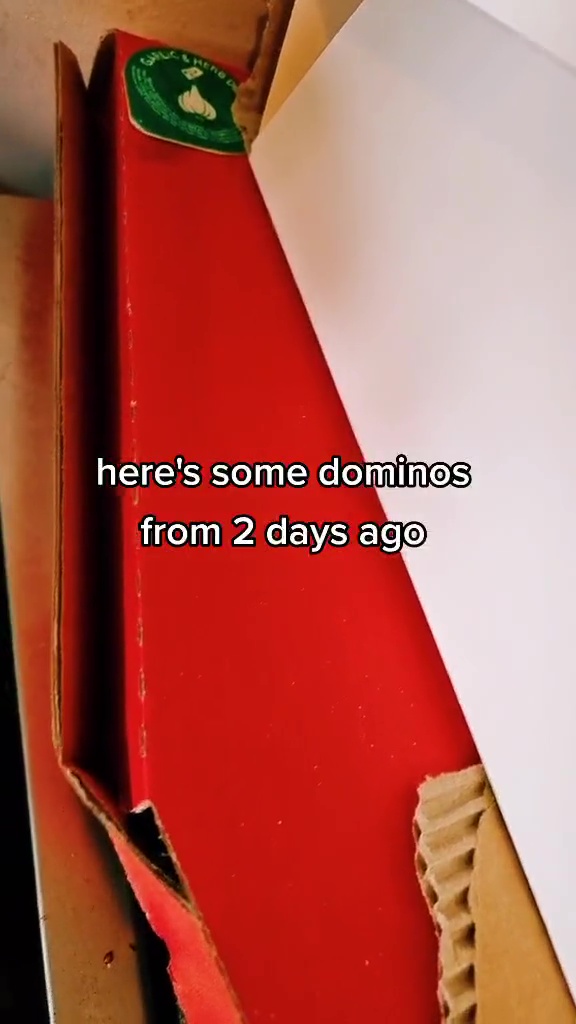 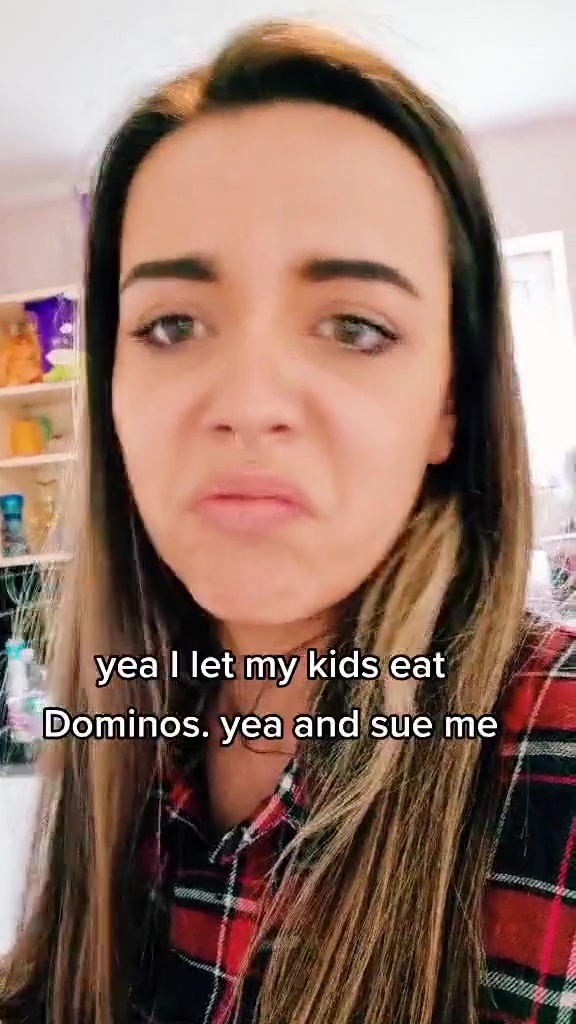 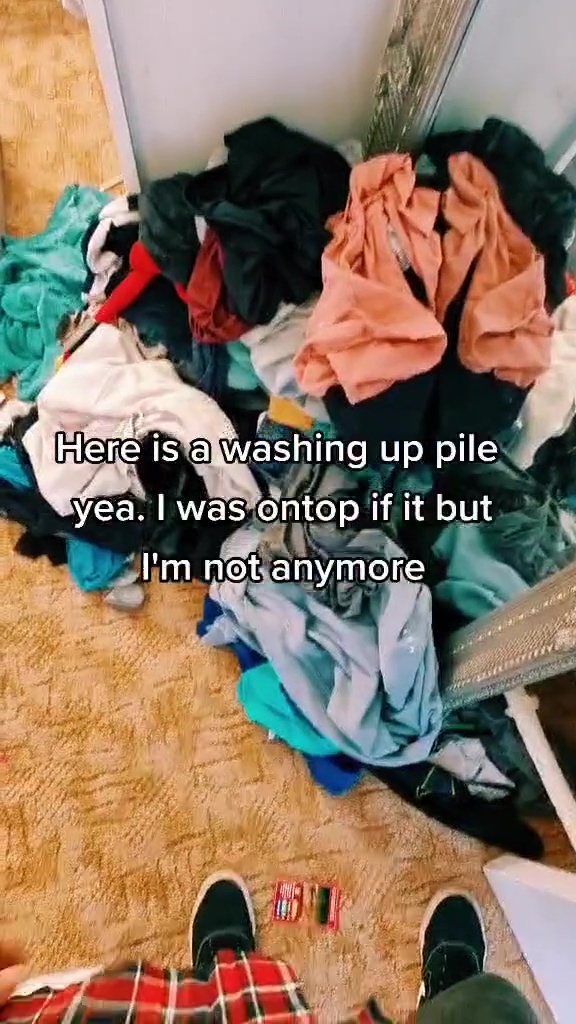 The candid mum isn't afraid to show off her messy home either admitting she rarely has time to keep up with chores and she doesn't let that worry her.

"Get ready for this shit show we call my house," she says in another video, before panning to a pile of laundry she hasn't done.

She continues: "Here is a washing up pile. I was on top of it but I'm not any more. Here's some clean clothes, you're probably thinking why they aren't in the cupboard that's because I've got little kids coming out of my f***ing ears."

She admits that she hasn't washed her dog in over two months because she "hasn't had time" thanks to "bathing the kids every night, sometimes twice a day."

This means she barely has time to "fit myself in" as her kids are her priority, and that's completely fine. 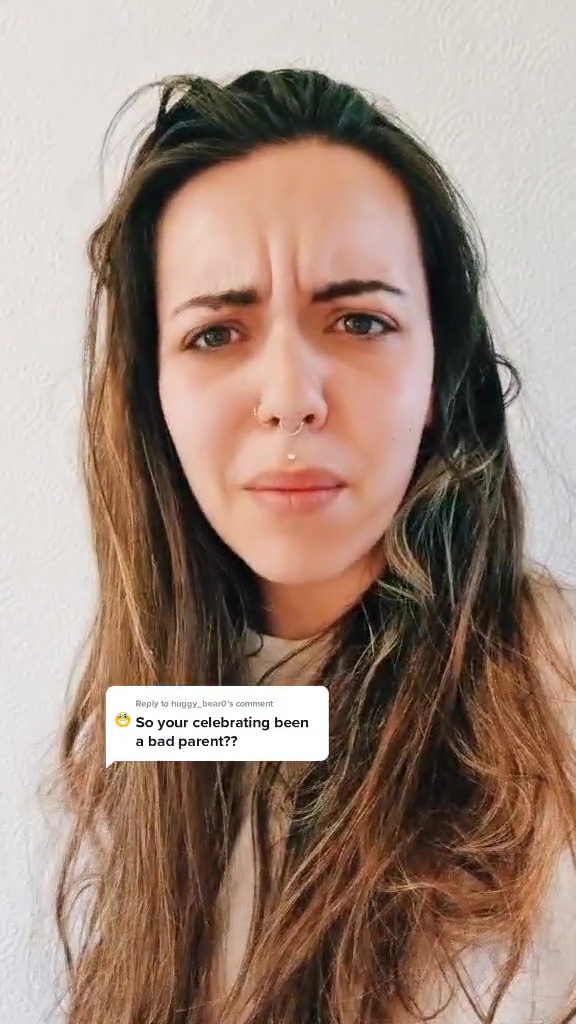 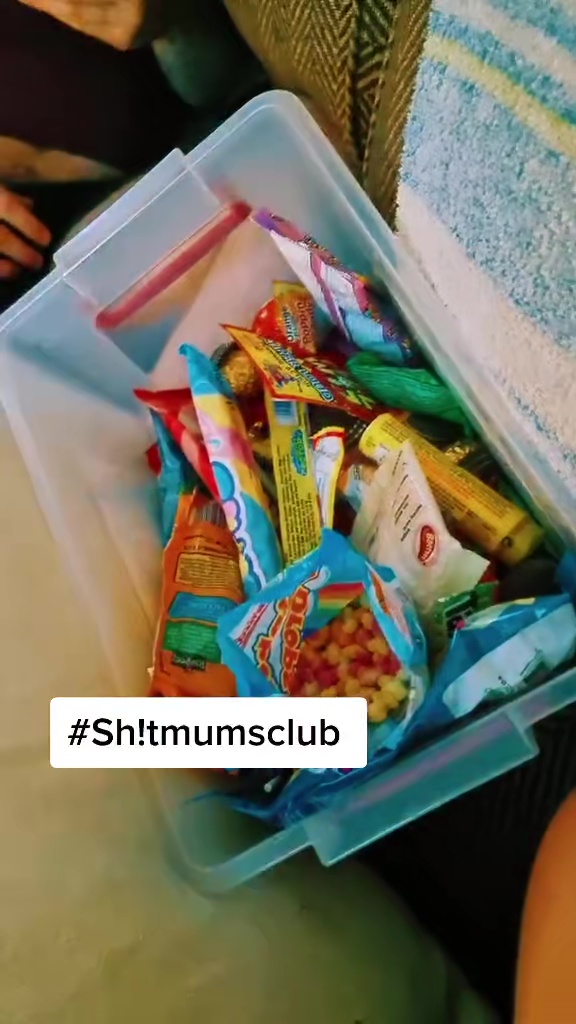 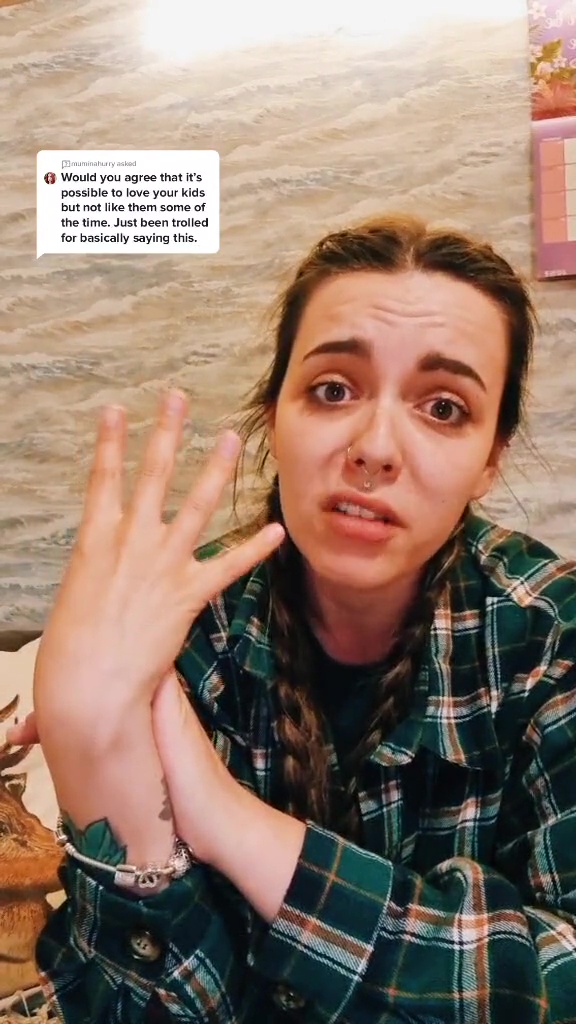 In one video she shows a couple of empty pizza boxes left from "two days ago" and urges parents to "sue me" for giving her kids pizza – clearly not fussed by their opinions.

The busy mum also works so she doesn't feel guilty about putting her kids in childcare either, insisting it's important to take time for yourself.

"I've got three hours to myself on Monday and if you think I'm getting on my hands and knees scrubbing this f***ing house, ha, no, I'm taking three hours for my f***ing self. I'm going to have a cuppa tea," she hit back.

The Tradie Wife account has now racked up a solid 225,000 followers and almost three million likes thanks to her "real life" account of motherhood.

What's more, the "Sh*t mums club" page has an additional 124,000 followers, but as with anything online, it does come with some trolling. 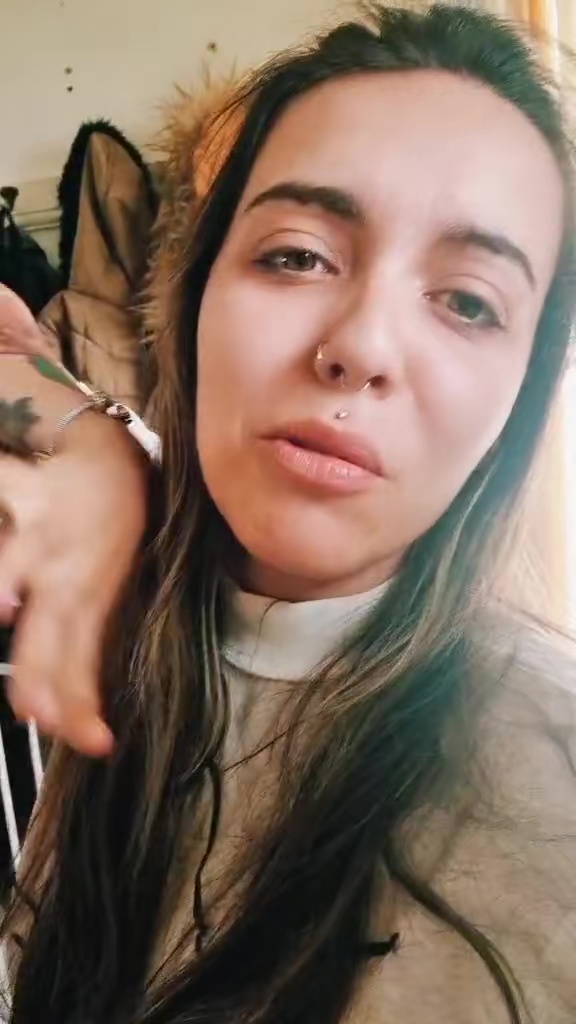 "So you're celebrating being a bad parent" one person commented but it's this very opinion which has driven the success of her account.

"What's taking time out of your life to have some self-care. Mental health is important. So yes, we are using the word sh*t mum because we're taking it back. Because when you want to call us a sh*t mum or sh*t dad for not being organic, for putting yourself online without putting any makeup on – because that's how i look at 9 o'clock in the morning- I see far more people posting real life online and I think it's bloody brilliant it's exactly what we need."

"We're going to help break down mental health barriers cause we ain't gonna be expected to live up to a fake standard so keep being yourself."

Encouraging other mums who might be having a tough time, the proud mum said: "We're all proud to be sh*t mums. If you're not a sh*t mum then you're not doing it right. Don't let them get to you, honestly you're doing amazing."

Meanwhile this mum says she's trolled for being a lazy mum – her babies go to sleep when they want & she makes her daughter, 6, clean and cook for herself.

Plus, this woman says she's mum-shamed for wearing short skirts & see-through tops, trolls say she looks like prostitute but she know she's a good mum.

And check out this woman who says 'my ex hid where he lives to avoid paying child support – so I catfished him, got his address & now he has to pay $23k'.