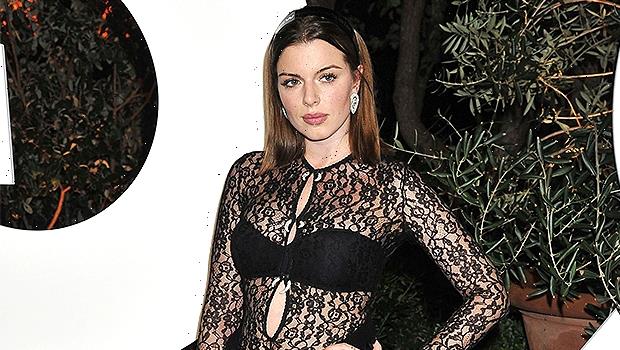 Kanye West‘s new girlfriend, Julia Fox, has some history that involves his estranged wife, Kim Kardashian. As Julia’s romance with the Donda rapper, 44, continues to heat up, a Reddit user resurfaced a May 2020 photo of Julia, 31, modeling for SKIMS, which is Kim’s popular shapewear brand that the 41-year-old billionaire launched in 2019.

The photos, which can be seen HERE, show the Uncut Gems actress proudly rocking a black top and black bralette from the brand’s Summer Mesh Collection. Julia posted the photos to her Instagram Stories at the time and tagged SKIMS, who reposted the pics of Julia ahead of the collection’s launch. 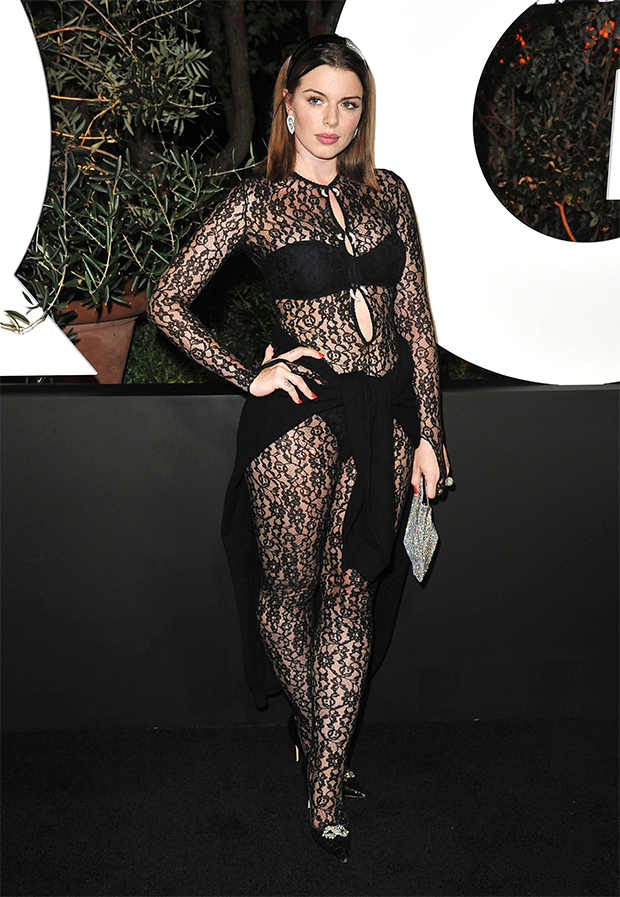 Julia’s SKIMS photoshoot was obviously long before she got romantically involved with Kanye (now known as Ye). However, this is just another example of how she’s actually been a fan of Kanye’s famous ex for years. Just a few weeks ago, Julia admitted she’s a fan of the Kardashian family, Kim included, on a Dec. 2021 episode of her Spotify podcast Forbidden Fruits.

“Can we talk about the Kim and Kanye divorce? Wait, can we talk about Kim and Pete Davidson, though?” Julia said, before confessing she’s been a viewer of the families now-wrapped E! reality series Keeping Up With The Kardashians “since it first came out in 2007 when watching it was embarrassing.” The actress also declared herself “a die-hard, OG fan” of the famous family.

Just two weeks later, Julia met Kanye while out in Miami for New Year’s Eve. “It was an instant connection. His energy is so fun to be around,” she wrote about their initial meeting in Interview magazine published on Jan. 6. “He had me and my friends laughing, dancing, and smiling all night.” The day after they met, Kanye took the brunette bombshell out on a dinner date at Italian hot spot Carbone in South Beach.

Kanye, for his part, hasn’t publicly addressed his new romance yet. He’s been broken up with Kim for nearly a year now, and the KKW Beauty founder has been in a hot new relationship with Pete Davidson, 28. While navigating these new relationships, Kim and Kanye are continuing to co-parent their four children.