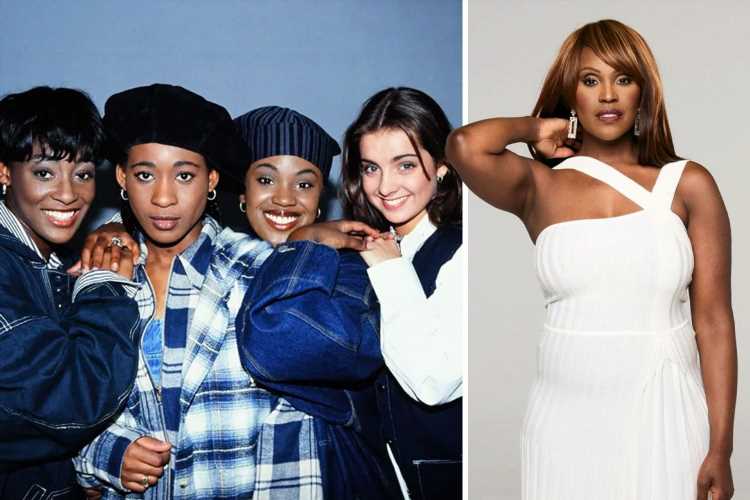 NOTHING throws you back to the ’90s like sitting down with Kelle Bryan, former star of girl-band Eternal.

The singer-turned-actress first found fame in the R&B group in 1993, along with sisters Easther, now 48, and Vernie Bennett, 50, and childhood friend Louise Redknapp, 46 (then Nurding). 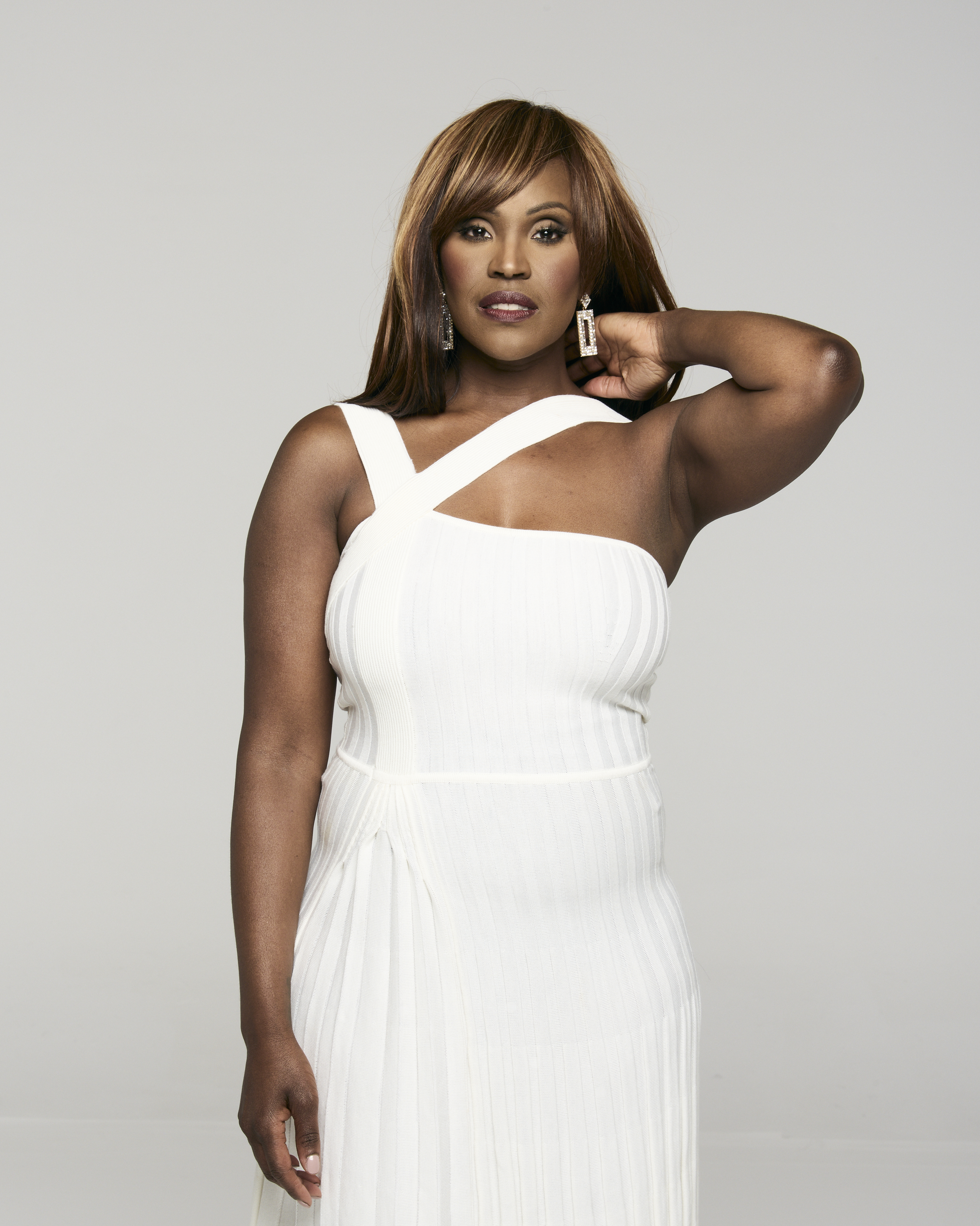 Together they enjoyed global fame with the likes of No.1 single I Wanna Be The Only One and platinum-selling album Always & Forever, which reached No.2 in the charts.

But in 1998 Kelle’s life was turned upside down when she was asked to leave the band – the official statement blamed a “breakdown of professional relations” – then she was diagnosed with lupus (a disease that ravages your immune system).

She says: “I lost my job, lost my health, and everything spiralled.”

But Kelle has managed to come back fighting, with a regular slot on ITV’s Loose Women panel, as well as a role as cancer sufferer Martine Deveraux on Channel 4’s Hollyoaks.

She is also mum to son Regan, nine, and daughter Kayori, seven, with husband of 11 years Jay Gudgeon, 43.

Recently, she’s been part of C4’s Black to Front campaign, too, which saw an entire Hollyoaks episode fronted by black talent.

Q: Hey, Kelle! How do you look back on your time in Eternal?

A: I learned so much that nearly broke me as a human being, but equally, if you asked me if I wanted to do it again, I would, because of who I became out of the process.

My son said to me: “Mummy, you are such a wonderful person.

Why are you so lovely?” and I said: “Because Mummy was treated really badly and Mummy’s been through so much that I wouldn’t want to treat anybody how I’ve been treated, because I know how it feels.”

It was a life-changing experience. As well as the bad times, I also had some of the most incredible times and experiences.

I met the Pope, I travelled with Whitney Houston on a private jet when we went to perform for the Sultan of Brunei at his daughter’s 16th birthday. I was 18 years old going: “OMG, it’s Whitney Houston.” 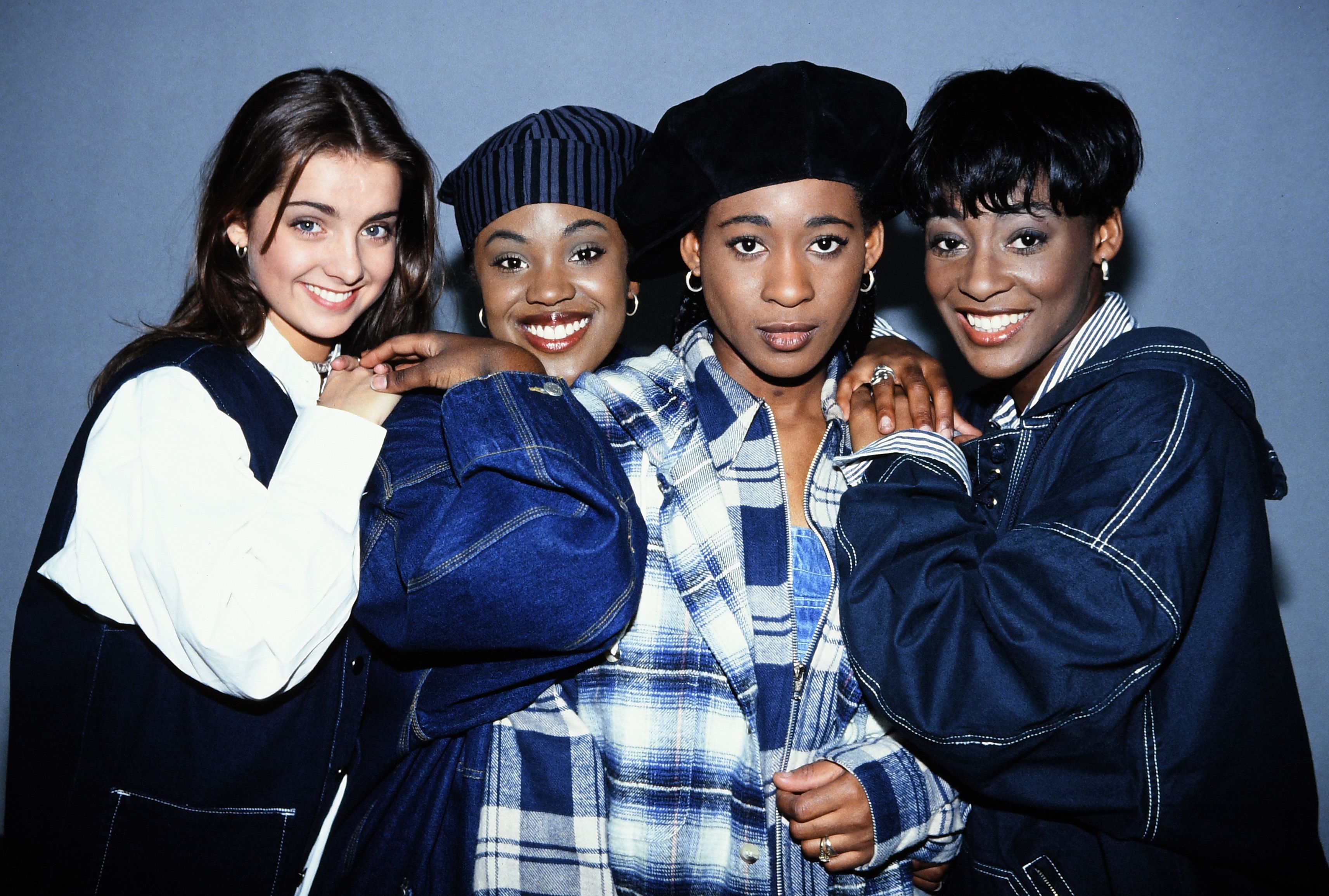 A: Hard. Everything happened at once. I got the letter and I got ill [with lupus]. It was all at the same time, so it was an awful lot to deal with.

My mum Mariline and dad Terry were going through a divorce as well, so it wasn’t an ideal situation for anybody.

Q: You were in the band with Louise Redknapp. Are you still close?

It’s like doing Love Island together, it’s a shared experience. We were friends from the age of 11 after meeting at school [Italia Conti].

I reach out all the time and we cross paths so much. She’s sometimes at ITV, so I’ll see her in the lobby and we have lunch.

She’s been on tour with 9-5 The Musical, so she came to Liverpool, where I live, and we went out for the day with my kids.

It’s nice that we get to do things like that. That’s what friendship should be: the highs and lows of life, you’re there for each other.

Q: How has life with lupus been?

My sight was affected, my hearing, my speech, my walking. I had to regain all that again.

The psychological damage was the worst – not knowing what was wrong with me.

You get chronic fatigue, and ulcers on your face, arms, scalp and in your mouth.

My body’s recovered now, but my hand was in a constant claw. Your feet go the same way, so you can’t wear shoes. 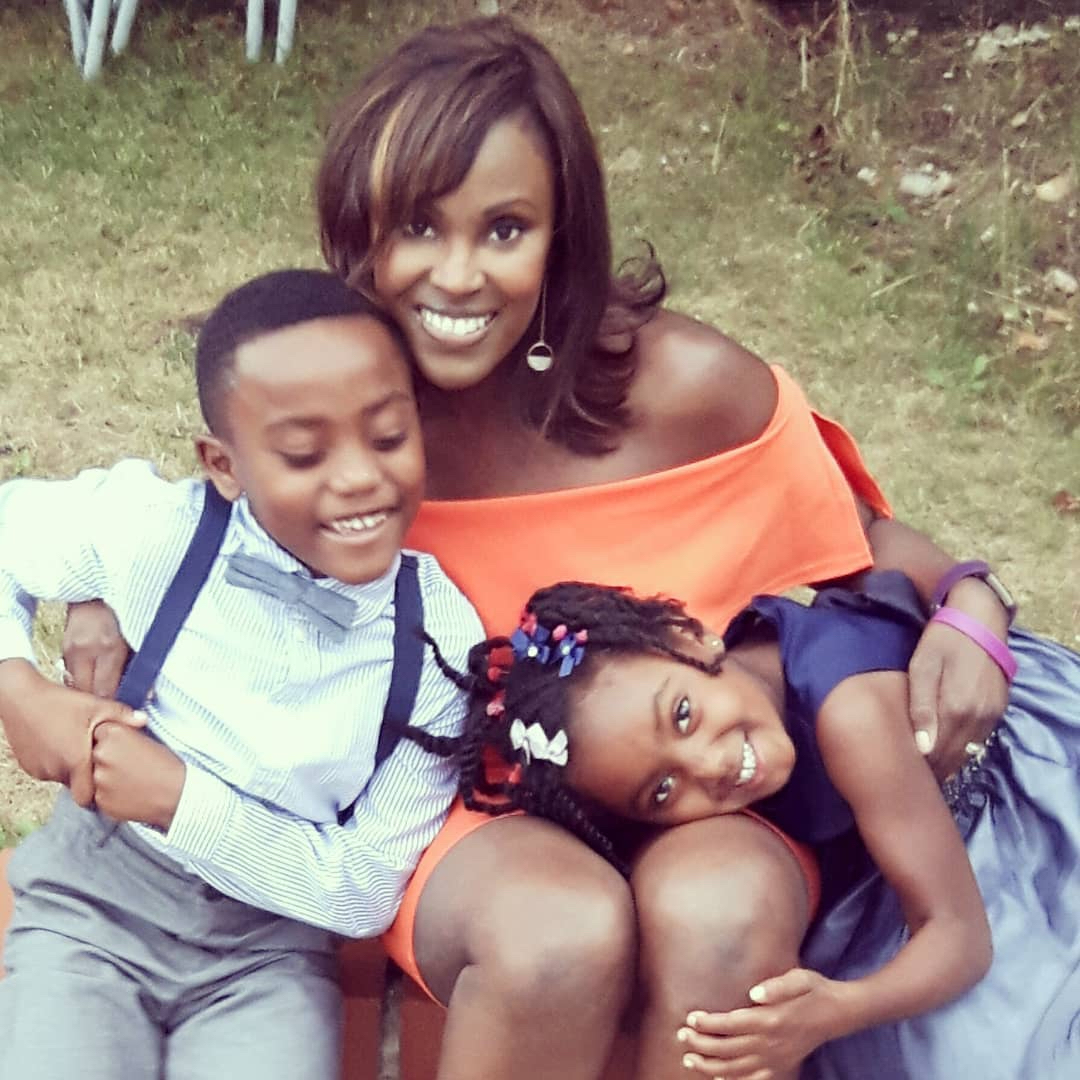 Q: Was it hard being a mum to your two children at that time? It was heartbreaking.

A: A lot of the time I wasn’t allowed to be around them because I was susceptible to infection, so I would be waving at them from my hospital room and they would be crying.

Q: Are you recovered now?

A: I have eight-monthly infusions of a drug that identifies the white blood cells that are harmful to me and wipes those out.

I’m back at work after 48 hours. It’s really manageable and I live a relatively normal life.

Do you ever worry about being honest with your views on Loose Women?

I think that’s why they pay me to do my job, because of my background and the person I am.

We go through a legal process, so you are careful, but that’s the job – to have debates that you should be free to have.

I think a lot of time today you are so guarded because you’re worried about upsetting people.

On Loose Women we explore so many topics, and I’m grateful that my opinion is valued and someone wants to hear it! 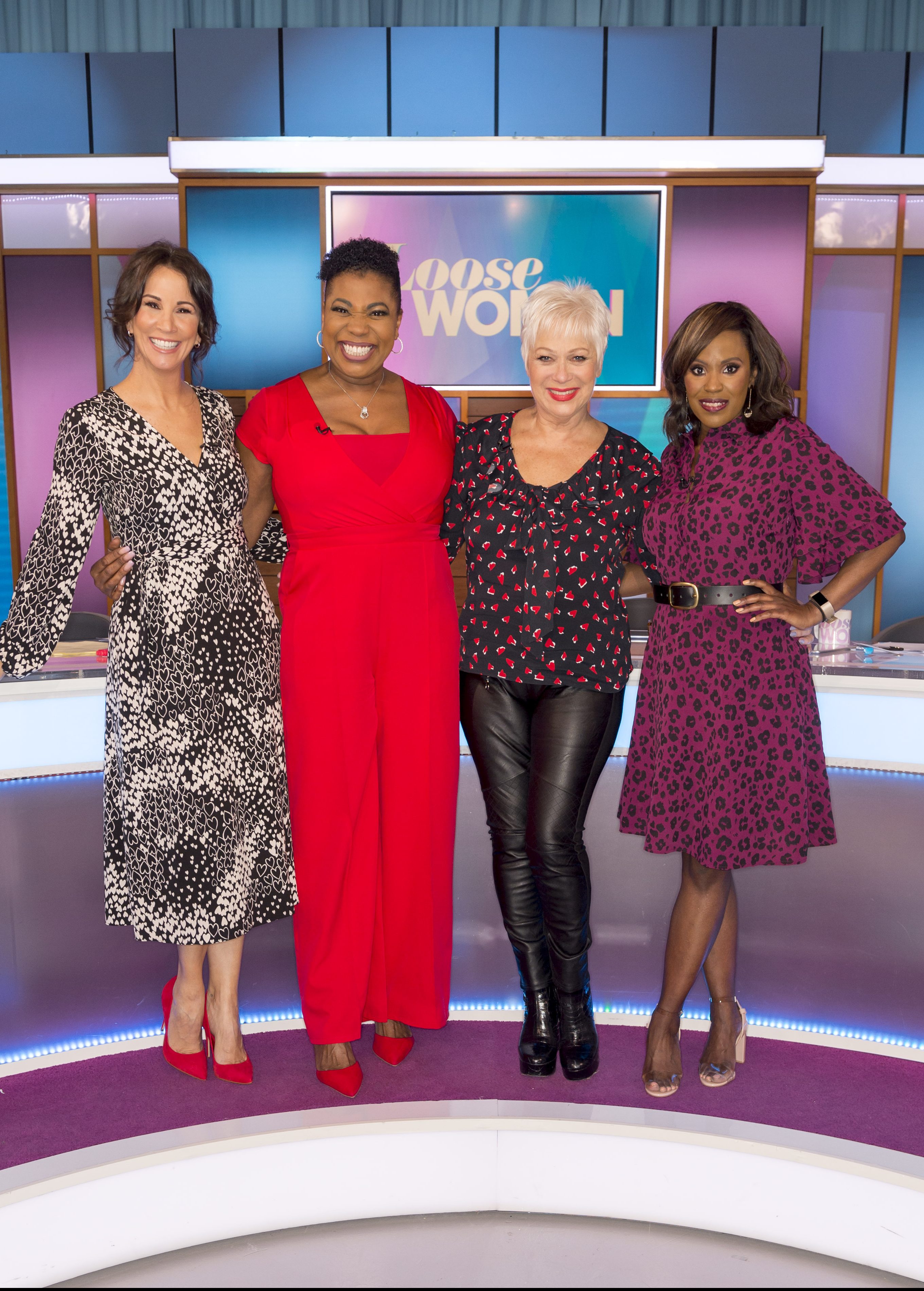 Q: You filmed a special episode of Hollyoaks to battle unconscious bias. Have you experienced much of this personally in the industry?

A: We could be here a really long time, but the overarching answer is: Yes, of course.

If I took it back to the ’90s, where things were very different – you had no hair and make-up [for black people].

I remember a time in Australia in the ’90s, when our bags [with all our make-up] got displaced from us, so we went into a department store, and they said: “Maybe you want to try the stage make-up place, they would probably look after you.”

So yeah, racism back then compared to 2021 is vastly different.

Racism is an ongoing battle that as a black artist you face on a daily basis. It’s kind of normal.

Q: Do you feel quite hardened to it?

A: What choice do I have? I want to work in the industry, so either I deal with what it comes with or you stay out of it.

If there are moments where I feel: “That’s unacceptable, that needs to be changed,” I will have those conversations.