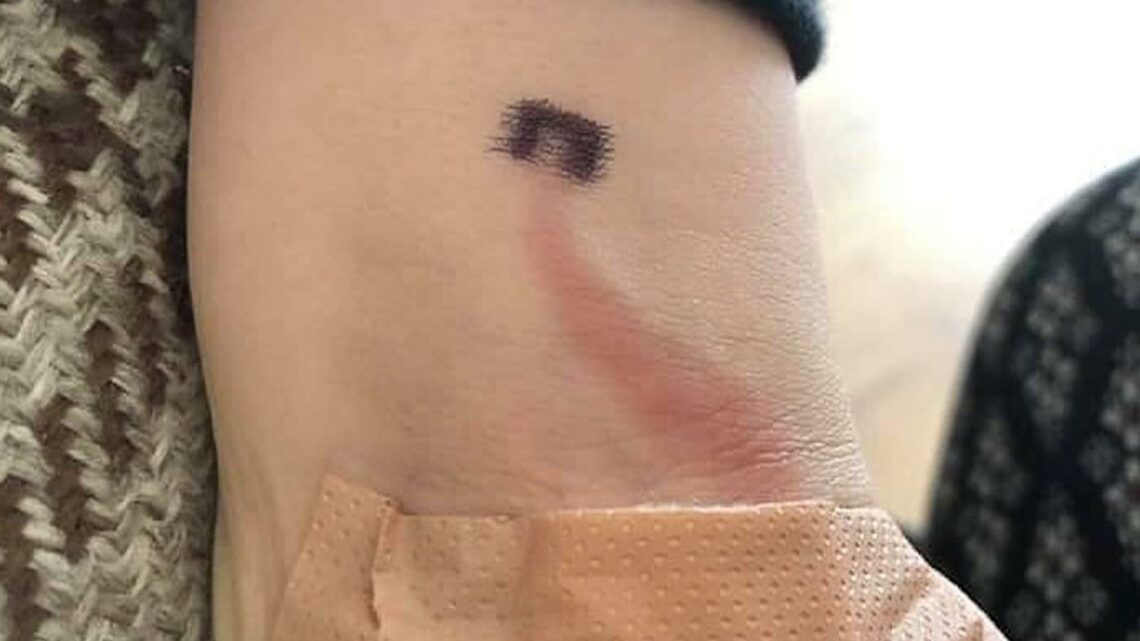 IT'S every parent's worst nightmare – a sign of a life-threatening health problem which is so subtle that you might miss it.

Yet if you spot a red line running down a wound along the vein, it could indicate a potentially fatal case of blood poisoning (sepsis). 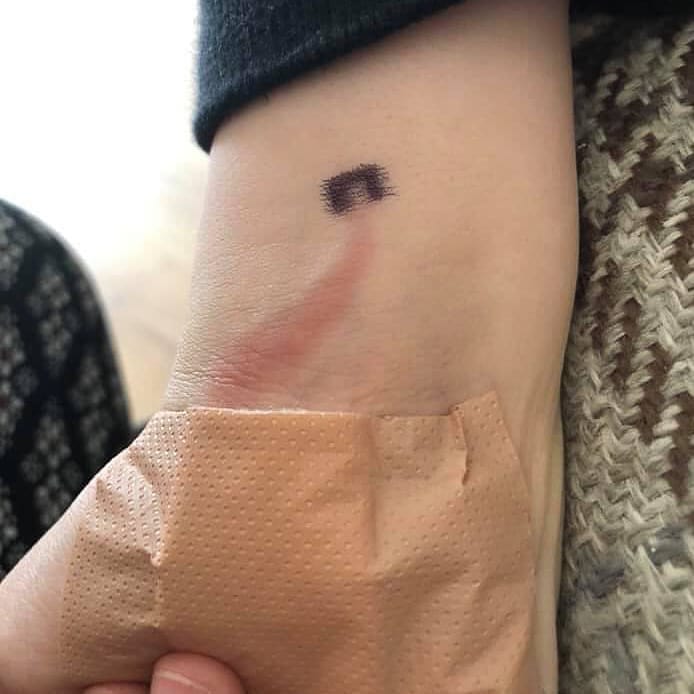 "This is blood poisoning – it isn’t something you can 'leave' until Monday when the doctors are back in the office," warns one mum whose experiencewith her eight-year-old boy was re-published on Instagram page Tiny Hearts Education.

The consequences could so easily have been tragic, had she not spotted the tell-tale mark that a skin wound was infected.

"I’ve been in two minds whether to post this but my husband convinced me as he said if I hadn’t been here he wouldn’t have realised," the unlucky parent shared, "[and] I am sure there are other parents who wouldn’t either."

"A week or so ago the littlest fell over at the zoo [and] took quite a bashing but once we got home I cleaned him up."

"I rang school on Farm school day to make sure he washed his hands after digging and I tried hard to ensure it was kept clean," she said of the cuts she'd found on his hand and elbow, "[but] he is an eight-year-old boy!"

Although the wounds didn't look infected and weren't oozing any unpleasant pus, the ailment her boy was battling wasn't as obvious or as simple as that.

Turning to his hand, she noticed "red tracking down his vein" and the same on the mark on his elbow.

"I took him down to the out of hours feeling a bit silly but when the doctor saw it he commended me on recognising it and getting down ASAP," she revealed.

In fact, if she had left it longer, the health consequences could have been very serious.

"Thankfully the antibiotics are working and he is well in himself" she shared, "but if you spot this red line running from a wound along the vein get yourself/your child seen straight away."

Others who shared the image online had similar horror stories of their own to share.

"Any and I mean ANY sign of tracking from a cut, sore or blister needs to be seen by a medical professional," one agreed.

"I had a red raw, double sized and paralysed left arm due to this condition [and] it's not a joke as my nan died within 12 hours of getting sepsis."

Others shared that even tiny, everyday skin abrasions from insect bites or rose thorn scratches had resulted in the same outcome for them.

"I had this once from the very tiniest of cuts – I didn't know what it was and assumed that I had caused the red line by constantly rubbing the area because it was sore," one recalled.

Another added, "[When] I got bit by an insect on my lower arm, tracking went almost to my armpit and they said I was lucky I went to minor injuries because if left it could have been fatal. "

"I had IV antibiotics to flush it out and another week of antibiotics afterwards – I never knew about this at all!"

So next time if you see what looks like a simple skin wound, be alert – and don't hesitate to flag up your specific fears at A&E, just in case it's overlooked.

VITAL SIGNS: HOW TO SPOT SEPSIS 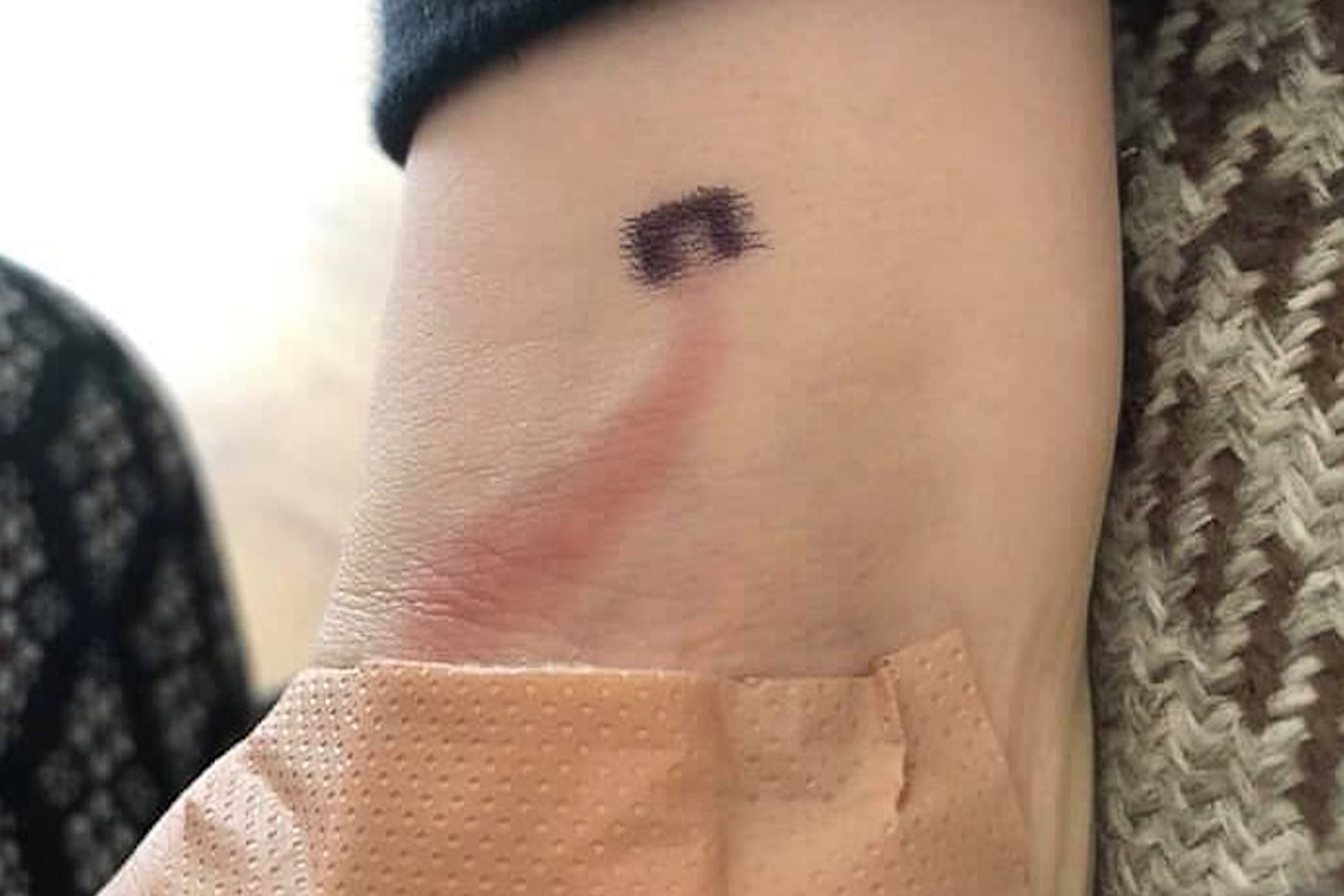 Sepsis can be incredibly difficult to spot, with possible early symptoms including a red line running down the vein after the skin has broken. Yet here are some other signs that it’s serious, according to the NHS.

Remember that these signs might only appear in the later stages, if at all, so it's important to react as soon as you see the unique skin marking appear.

Plus if your child develops flu-like symptoms, it might not be coronavirus, as it's another possible warning sign for sepsis – stay alert!

Plus here's another reason not to delay getting medical attention – like celeb Kym Marsh's dad, these sufferers missed out on life-saving treatment.

In other health news, cases of skin cancer are rising – here's a doctor's verdict on the dangers of tanning.

Plus here are some more health clues hidden in your hands.