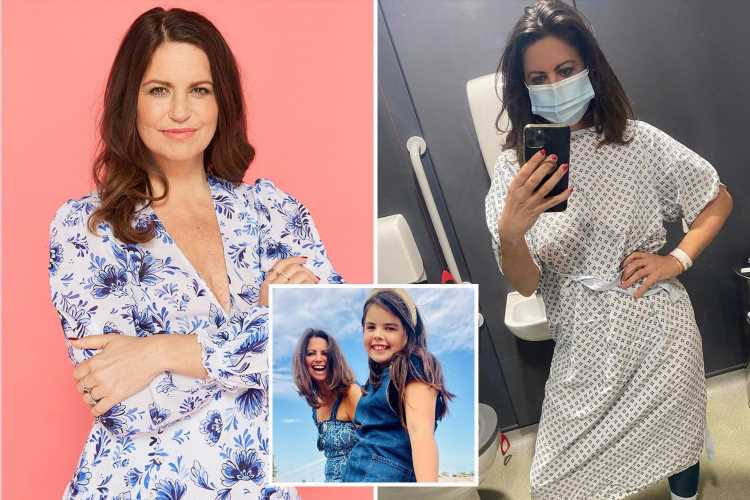 IS this the beginning of the end?

I asked my oncologist this question last month, when I got my latest scan results. 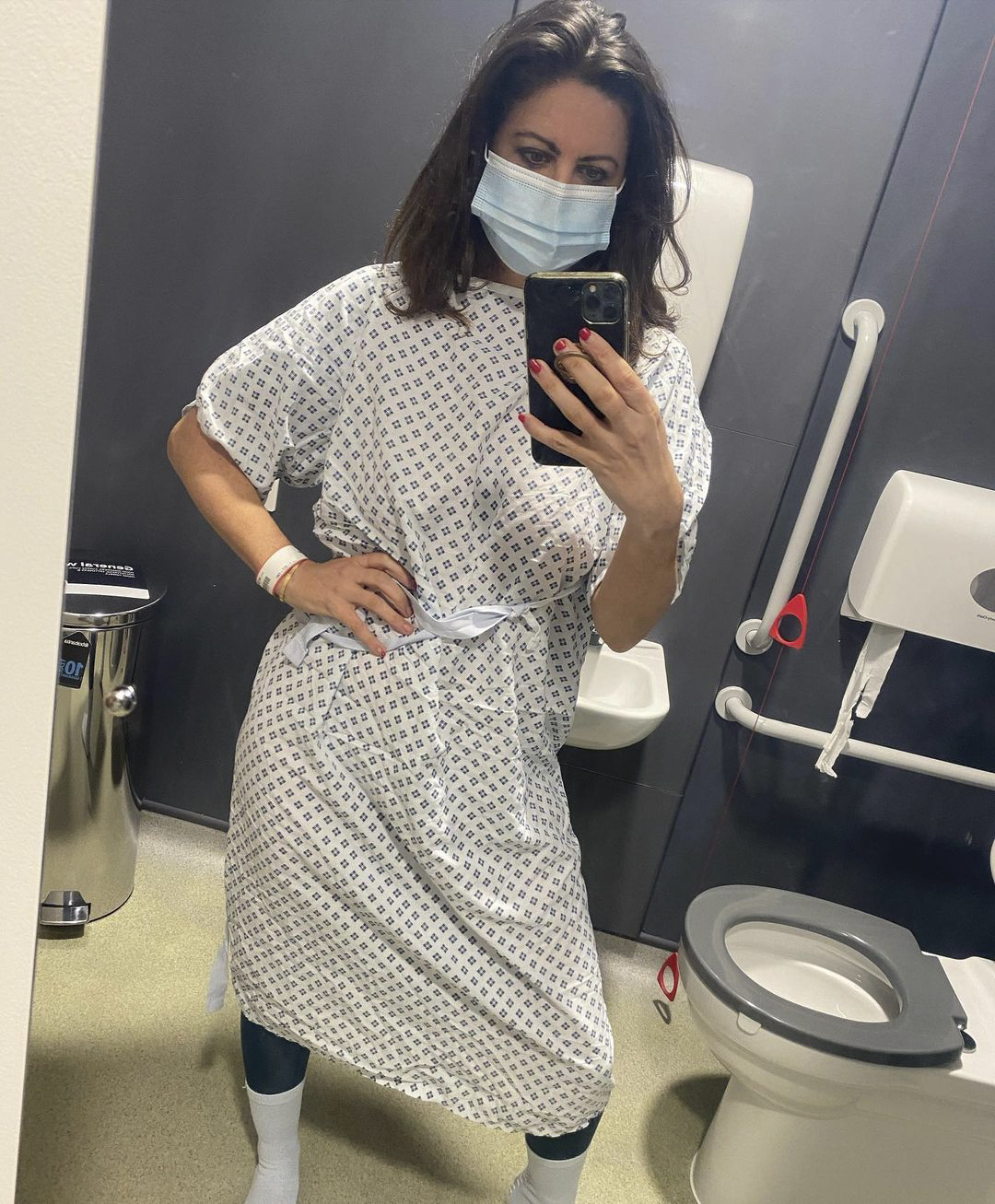 It’s been four-and-a-bit years since I was diagnosed with stage 4 bowel cancer, and it never gets any easier.

I live scan to scan, planning my next three-month roadmap after discovering the latest level of sh*t my cancer has decided to throw my way.

I’ve gone from really dark lows of being told my cancer is back and has spread, to highs where my scans show ‘no evidence of active disease’.

This time I predicted the results, I had a feeling it wouldn’t be great.

We track my bloods every week and my tumour markers were a little raised, it’s nature’s way of softening the blow.

So, once again I found myself at The Royal Marsden waiting nervously to get my results, like a 16-year-old collecting her GCSEs.

My oncologist is brilliant but I can’t help but feel like I’m being summoned to the headteacher’s office as I knock on the door.

Like my gut was telling me, there was good and bad news.

The results aren’t a sh*t show. The good news is my liver, lungs, bowel and chest are all clear.

But my cancer has a habit of being awkward and it’s thrown me another challenge, a roadblock we need to navigate around.

Three years ago I had a procedure called CyberKnife, a highly targeted form of radiotherapy to blast an inoperable lymph node close to my liver.

It was a success and the cancer went to sleep – it became inactive. It bought me a bit more time. 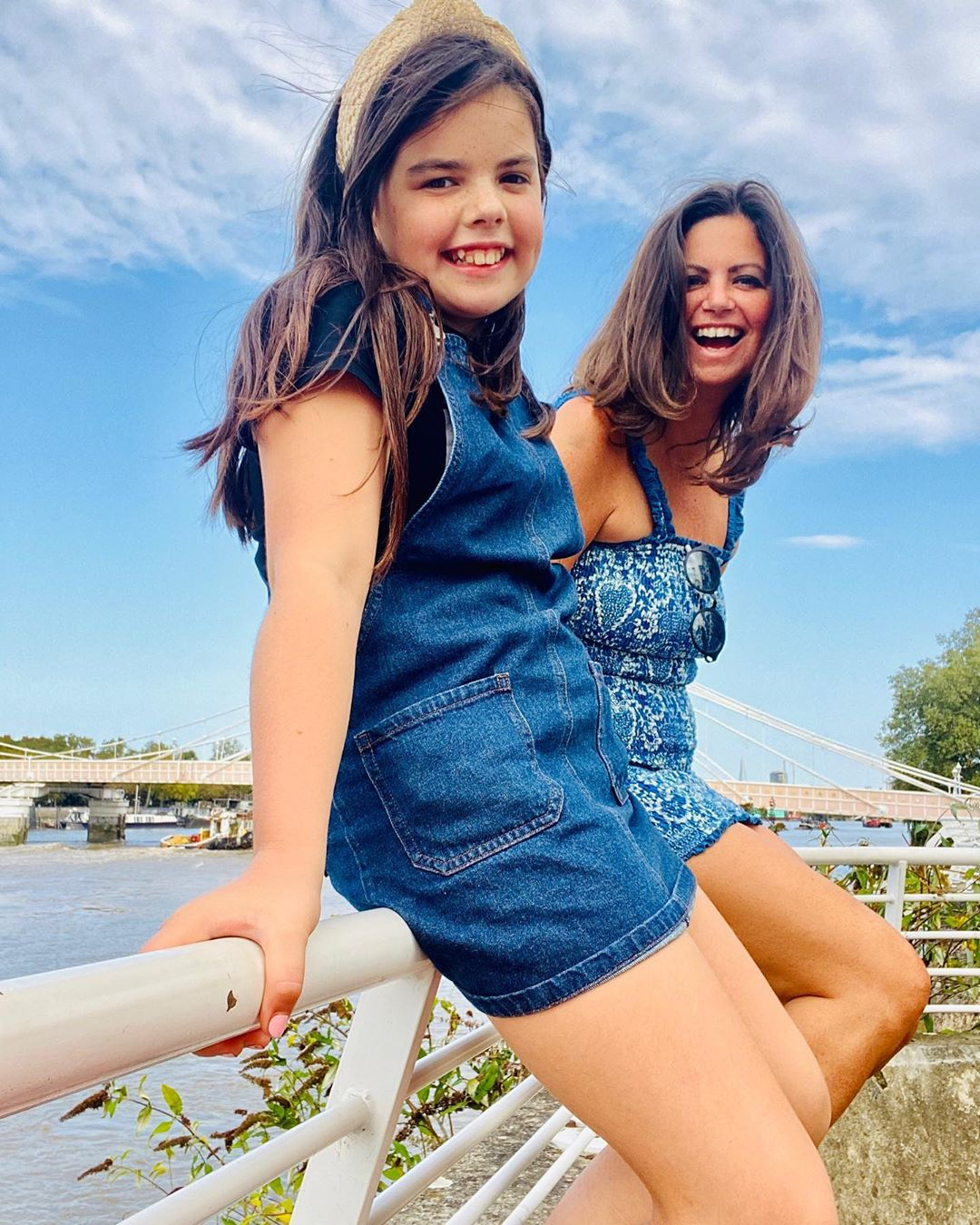 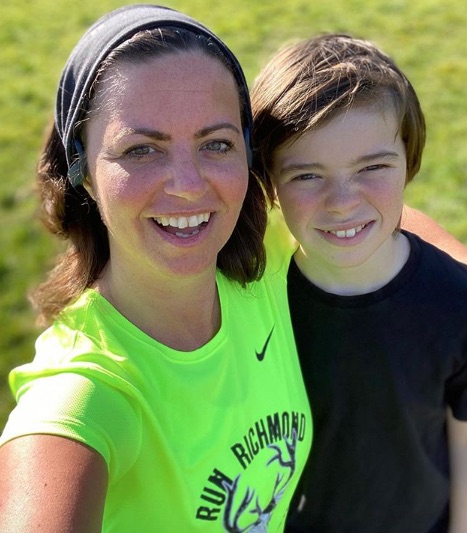 But as is always the case, unless you can actually cut a tumour out you have to expect that there are some cancerous cells lurking behind.

Despite the daily targeted drug therapy that I have to keep my cancer at bay, it has a habit of waking up, just to keep us on our toes.

So, just as the UK is enjoying unlocking, my cancer wanted in on the party.

The annoying thing is the node is still inoperable, and I have already had as much radiotherapy in that area as my body can take.

We’ve reached the point where the damage to go again outweighs the benefit.

My oncologist tells me that my cancer spreads to limited sites and in a specific way.

It means that often localised therapies, like ablation, can achieve good outcomes. And thankfully, I am living proof of that.

So far, a mix of minimally invasive therapies like CyberKnife and ablation have worked – and I’ve far outlived any prognosis I’ve been given.

Having said that, I’m no longer "cancer free" and know that my disease will never be cured.

So, as a stage 4 cancer patient, all I want is hope, and options.

And I am one of the lucky ones to still have both.

What I am about to go through is something I could’ve never predicted because my 12th operation is an option that didn’t exist until recently.

I’ve always taken my cancer treatment one op or chemo session at a time.

My latest major op was just before Christmas, to remove another cancerous lymph node.

The surgery resulted in my lungs collapsing and was really painful so imagine my delight at being offered another go. 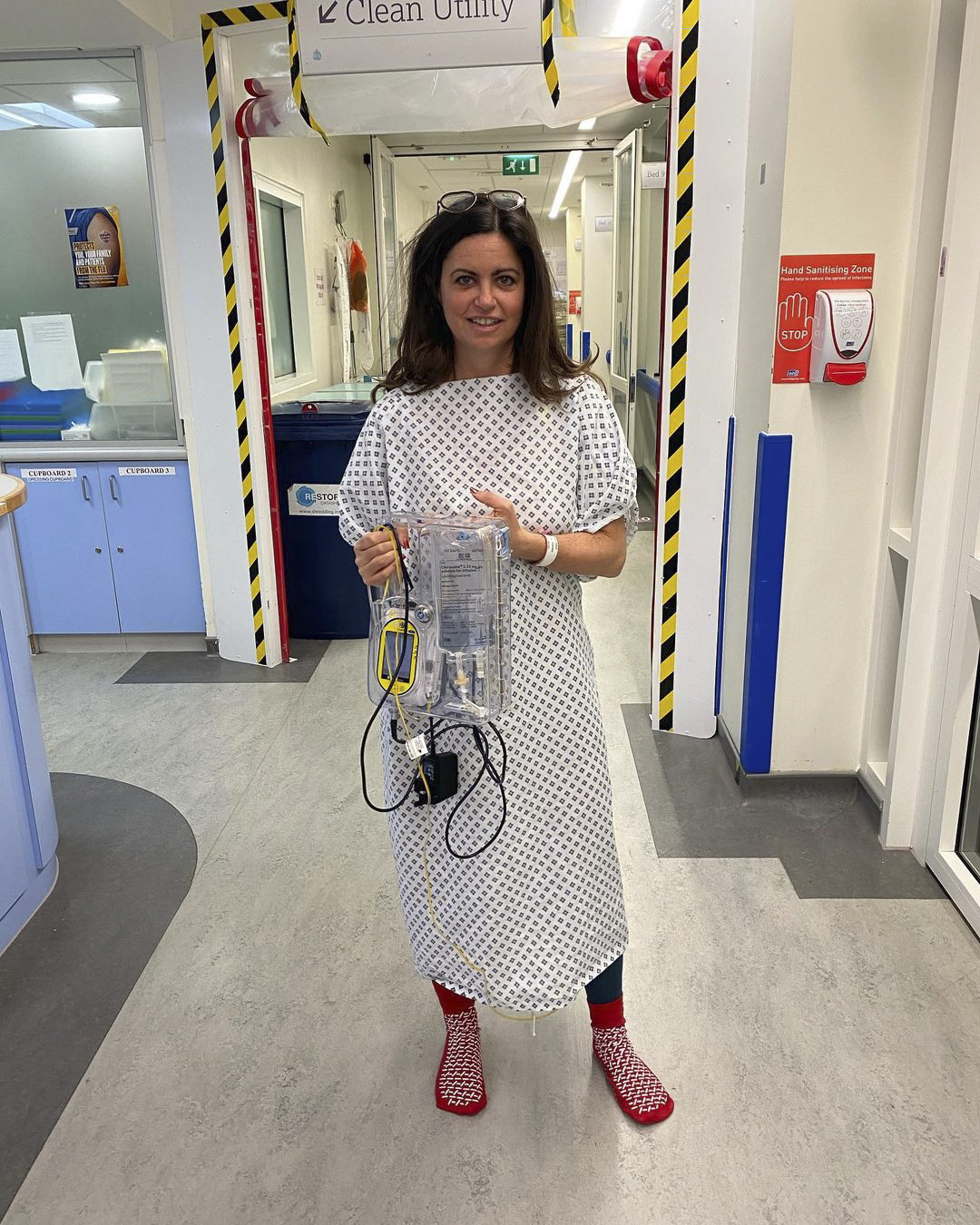 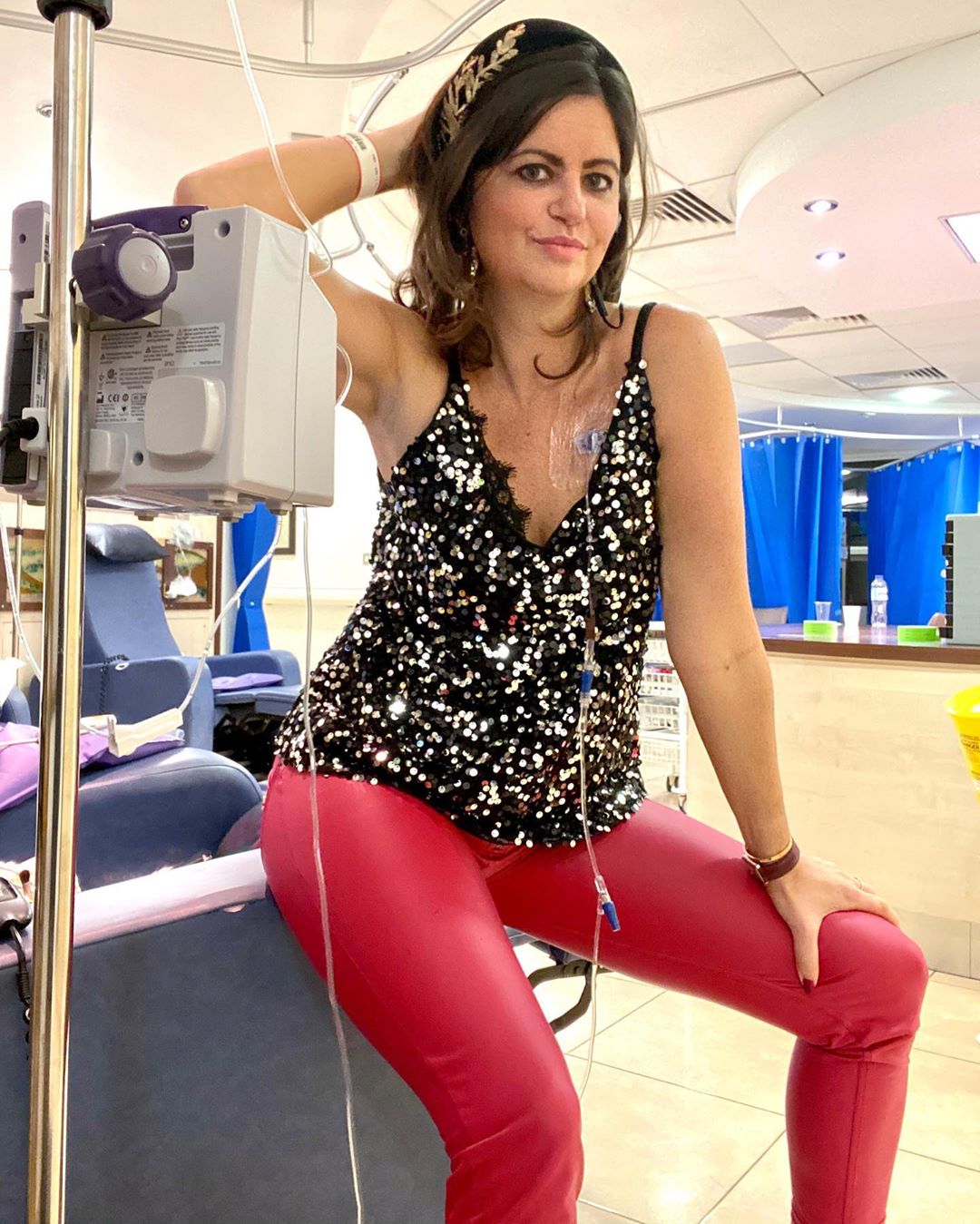 Mind you, it’s a love/hate relationship I have with operations. Ultimately, while they can hurt like hell and I dread them, anything that’s getting my cancer out is good in my book!

This time it’s a new type of ablation called NanoKnife.

It’s not widely available, and so my team had planned initially to try and blast this latest flare up with a higher dose of my drugs.

However, in the background, a multidisciplinary team was looking at my options, to see if I met the criteria to be one of the first people at the Marsden to have NanoKnife.

So, as you read this, I’m probably walking down to the operating theatre for my 12th op since I was diagnosed with bowel cancer.

THE Royal Marsden is one of only a handful of centres that offers NanoKnife.

It is a less invasive treatment option for patients who are deemed not suitable for traditional surgery and have hard to reach tumours.

It’s also suitable for patients, like me, who are unable to have anymore radiotherapy,

NanoKnife uses needles, which are guided into position around the tumour using ultrasound or CT scans.

Once the needles are in the correct position, a strong electric current is passed between them, killing the cancer cells without the need for cuts or incisions.

The procedure is performed under general anaesthetic and takes about 90 minutes.

Patients usually need to be in hospital for one night afterwards, a much shorter stay than for those undergoing traditional surgery.

It isn’t widely available, and is mainly used in clinical trials in the NHS for specific cases agreed by multidisciplinary teams at major cancer centres.

I said goodbye to my kids this morning and sent them off to school as though it’s any other day.

They didn’t bat an eyelid at the fact they won’t see me tonight.

This is the reality of life as a mum living with cancer, when you’re averaging one op every four months or so.

Life has to go on in between each treatment and procedure.

And while it is my normal, I don’t think I will ever get used to it.

I still get scared, I still overthink every possible scenario.

I still hate general anaesthetics and I worry every single time that I won’t wake up.

I worry I might wake up too soon, I worry it will all go wrong.

I worry I will freak out in the middle of the night, and I get nervous that I’ll have to sleep alone.

What if I die mid-operation? 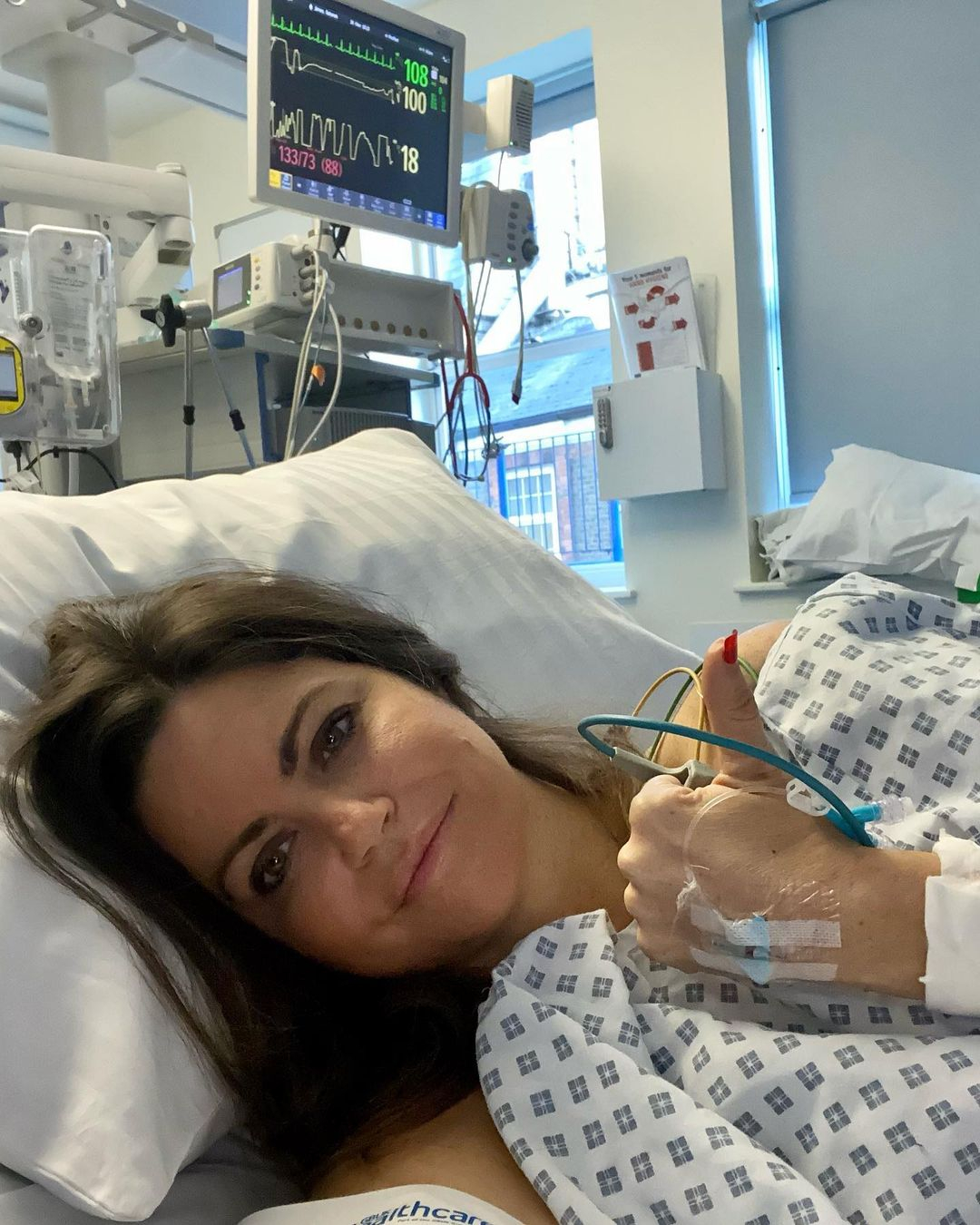 As is always the case pre-op, I make sure everything at home is ‘in order’ before I go into hospital.

I remind my son, Hugo, of all my passwords again, just in case.

I hug Hugo, Eloise and my husband, Seb, a little bit tighter.

But I am lucky, I am being operated on by the same wonderful team who have been through this with me before.

I know what to expect and I know I can trust them.

I know that I have to take risks if I want to live, it’s a strategy that has got me this far and I’m not giving up now.

What I don’t know, what no one knows, is if this will work?

We don’t really know if it will actually stop my cancer, and that’s the scary bit.
There is no data, because this is so new. I will be the data, given I’m one of the first to get to try it out.

Once again I am putting my life in the hands of science, and hoping to ride on its wings to a future I could only have dreamed of, four-and-a-bit years ago.

I’m putting my hopes on a new technology that didn’t even exist when I was diagnosed.

And if that’s not hope, then what is?