Home » Beauty and Fashion » My doctor laughed as I cried in pain during miscarriage & then joked, ‘imagine what real labour feels like’ 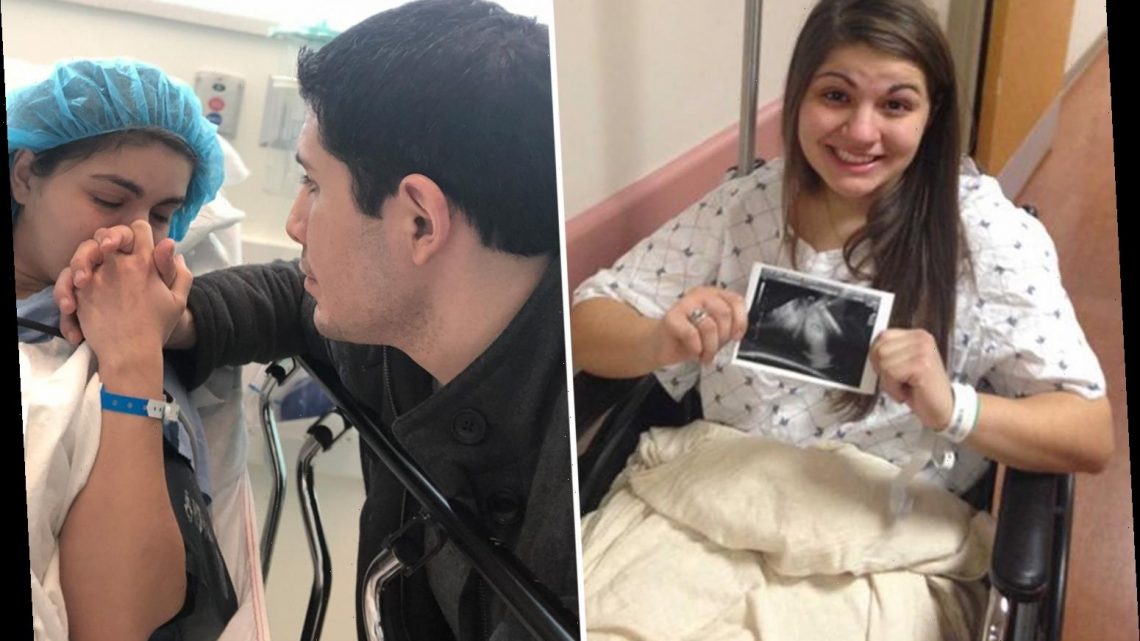 My doctor laughed as I cried in pain during miscarriage & then joked, ‘imagine what real labour feels like’

A DEVASTATED woman who has suffered eight miscarriages has claimed that her doctor laughed at her pain.

Andrea Leon, 27, a neuro technician from Maryland, was delighted when she found out she pregnant in January 2014. 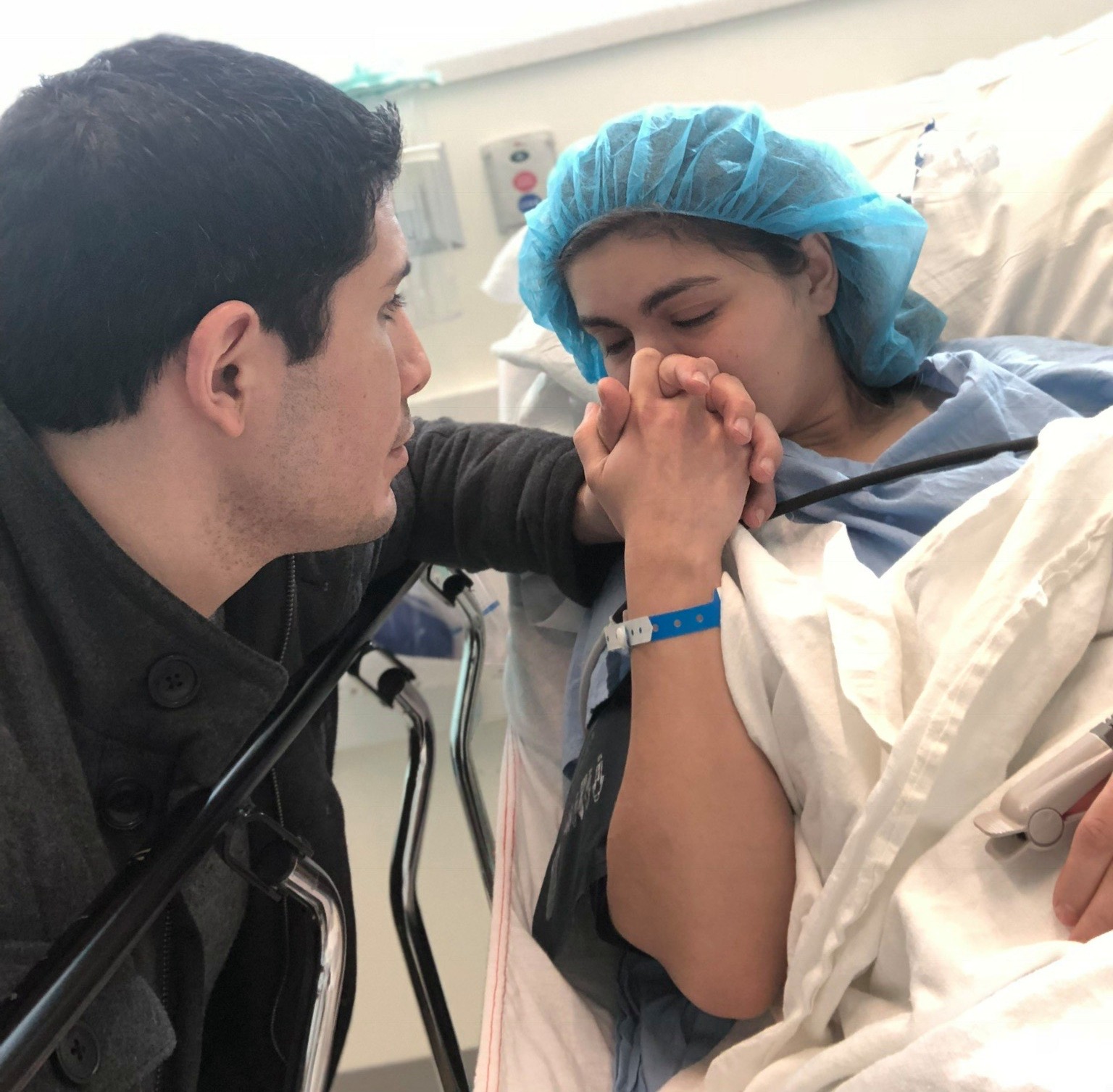 The expectant mum had met her husband Irving, 30, while they were both in college and the pair had tied the knot a month earlier in December.

Although the baby news came earlier than they had planned, the couple were thrilled.

She said: "This pregnancy seemed to be going well, and we heard a heartbeat at eight weeks.

"However, at the 12-week appointment, it was diagnosed that I had what was called a 'missed miscarriage' where my body had not processed the loss and continued to act as if I was still pregnant with a growing baby." 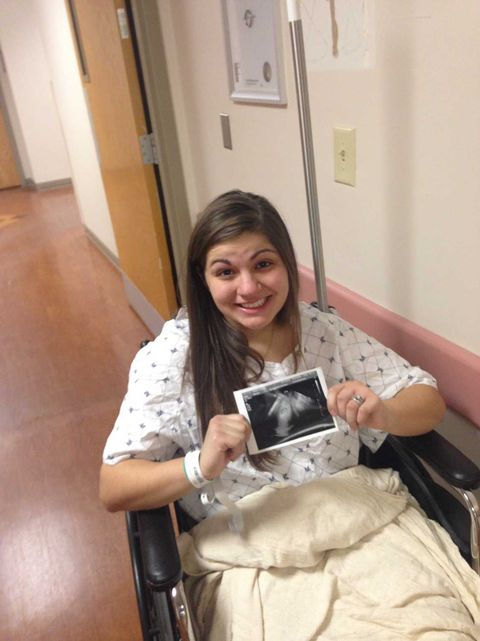 The loss left the couple devastated and Andrea was quickly scheduled in for a procedure done called dilation and curettage – where the patient is put on general anaesthesia and baby's tissue is removed from the uterus.

She continued: "A day before my scheduled procedure, I was having strong jolts of pain and heavy bleeding. This continued for hours, but for me, it felt like an eternity.

"I was rushed to the hospital and had an emergency D&C. The doctor looked into my eyes as I cried in pain, and said ‘Imagine what real labour feels like’ and laughed.

"I felt defeated and helpless, I remember thinking 'Is this real life?'. It was one of the darkest moments of my life.” 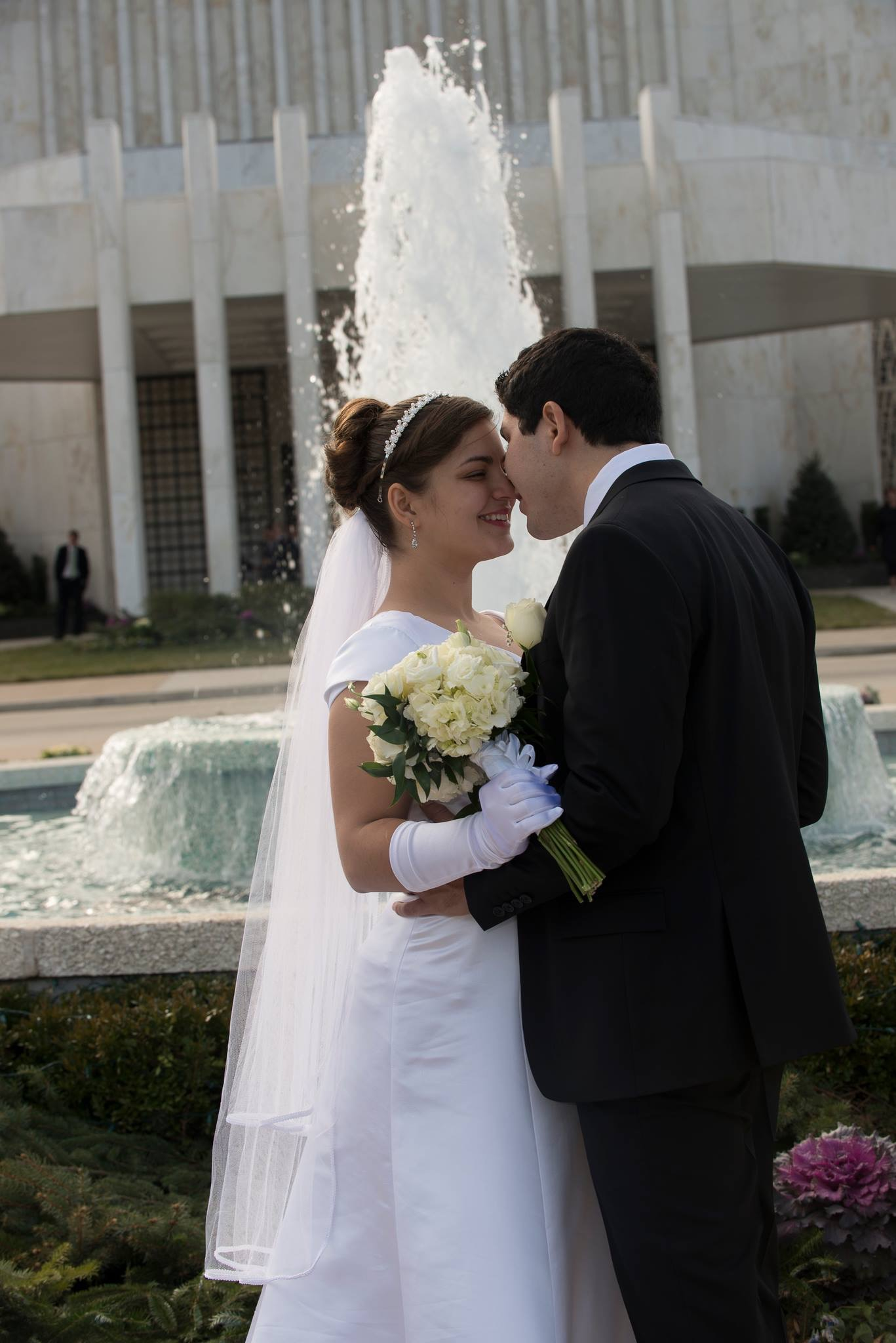 Unfortunately, this was not the end of Andrea's struggle as between 2 November 2014 to 5 April 2015, she got pregnant four more times – and miscarried each time.

She said: “I was never educated that miscarriages could trigger hyperfertility, I then found myself pregnant yet again with little time to recover from the previous back-to-back losses.

"Losing four babies in a year was devastating, each positive pregnancy test came with anxiety, fear, and stress.

“My fifth pregnancy, I naturally miscarried in my home at about four weeks." 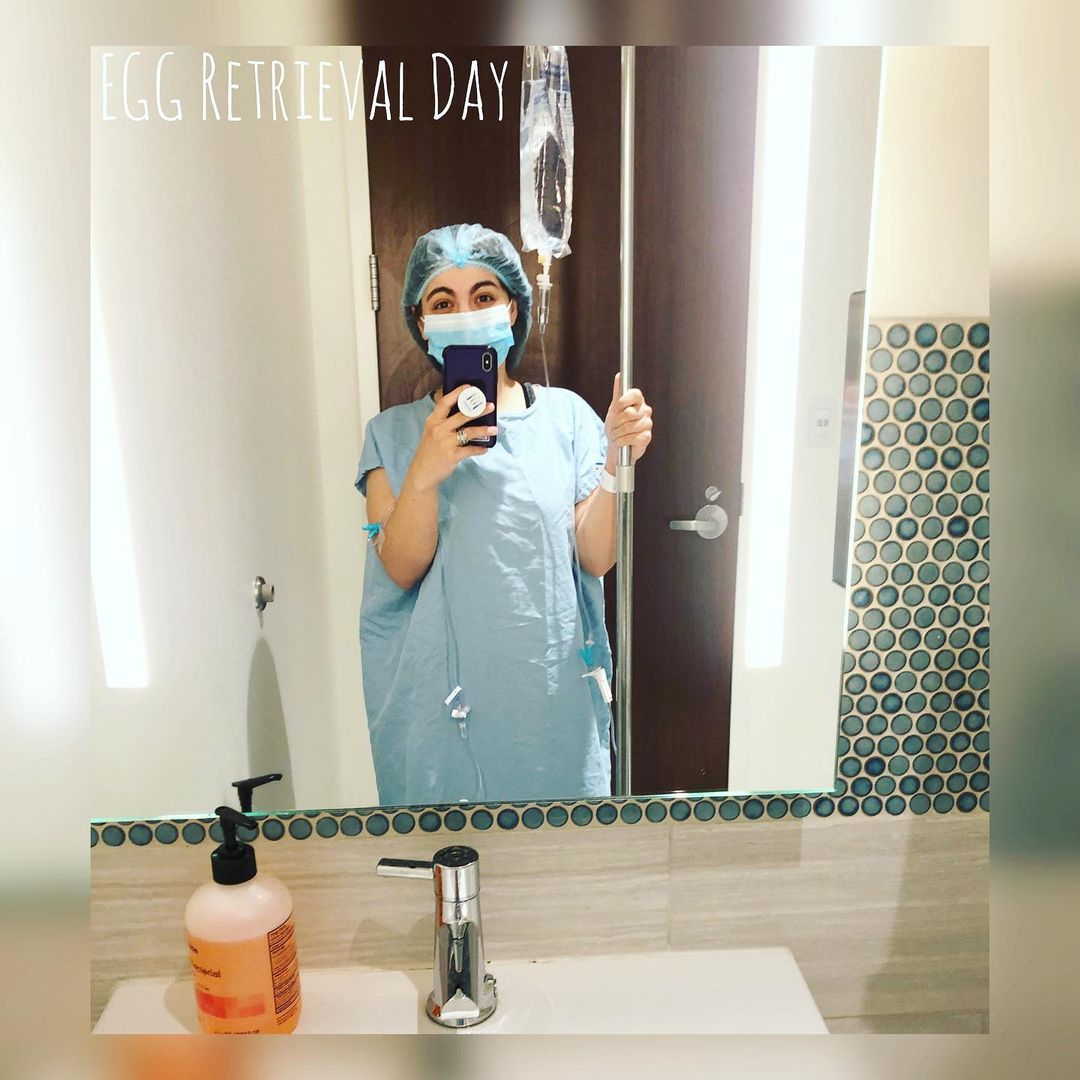 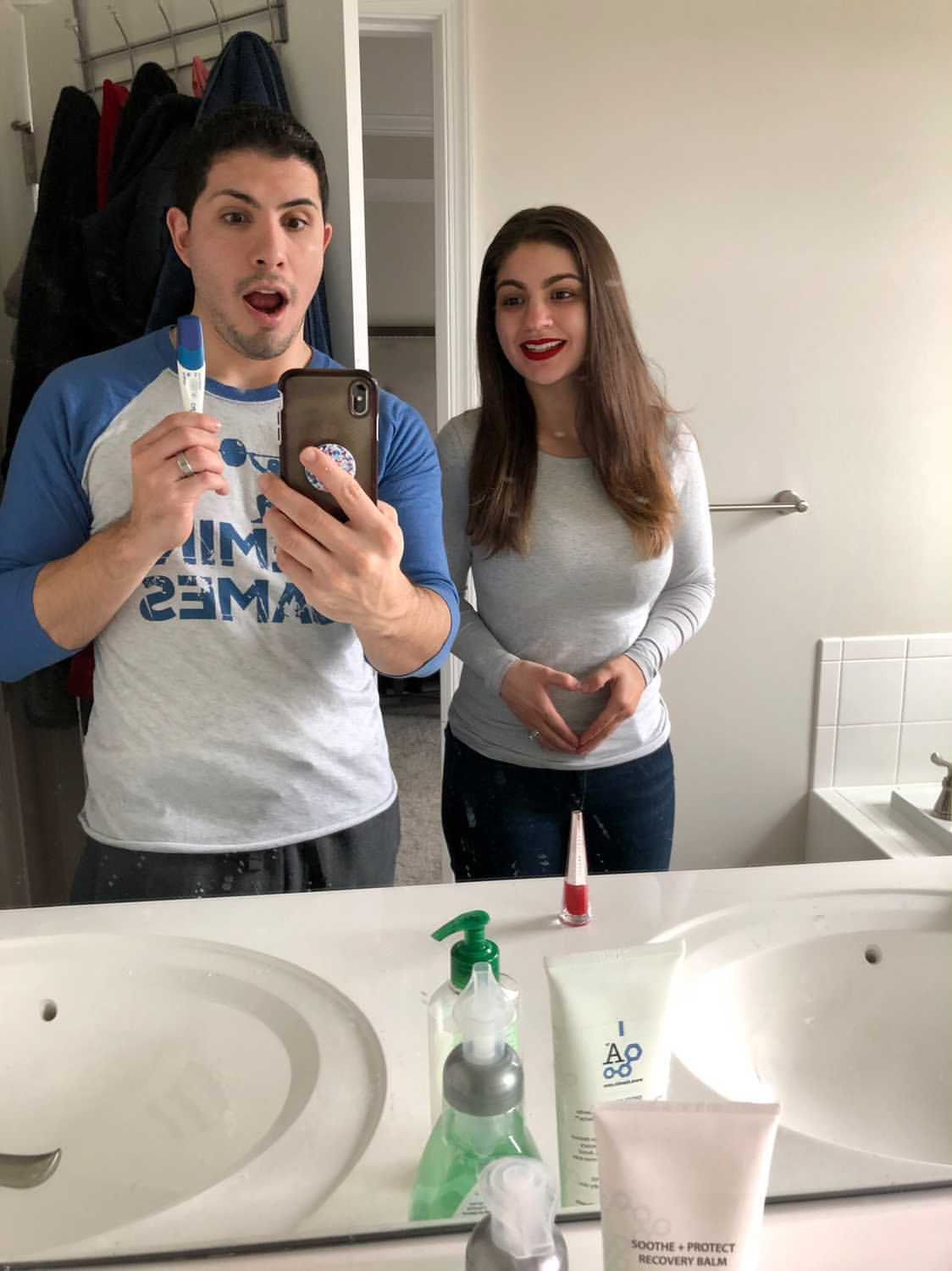 Andrea and her husband then spent an agonising two years trying to conceive again, while dealing with unsympathetic comments from fertility experts.

She said: "My periods became irregular and painful.

“My gynaecologist at the time ignored my pains and told me that my pregnancy losses were just 'bad luck'.

"I refused to accept that answer and it motivated me to keep searching for answers and other opinions." 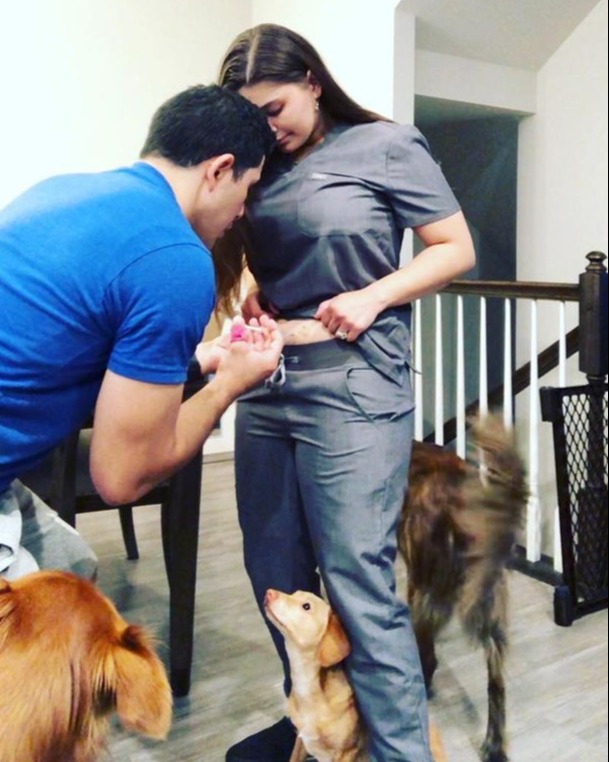 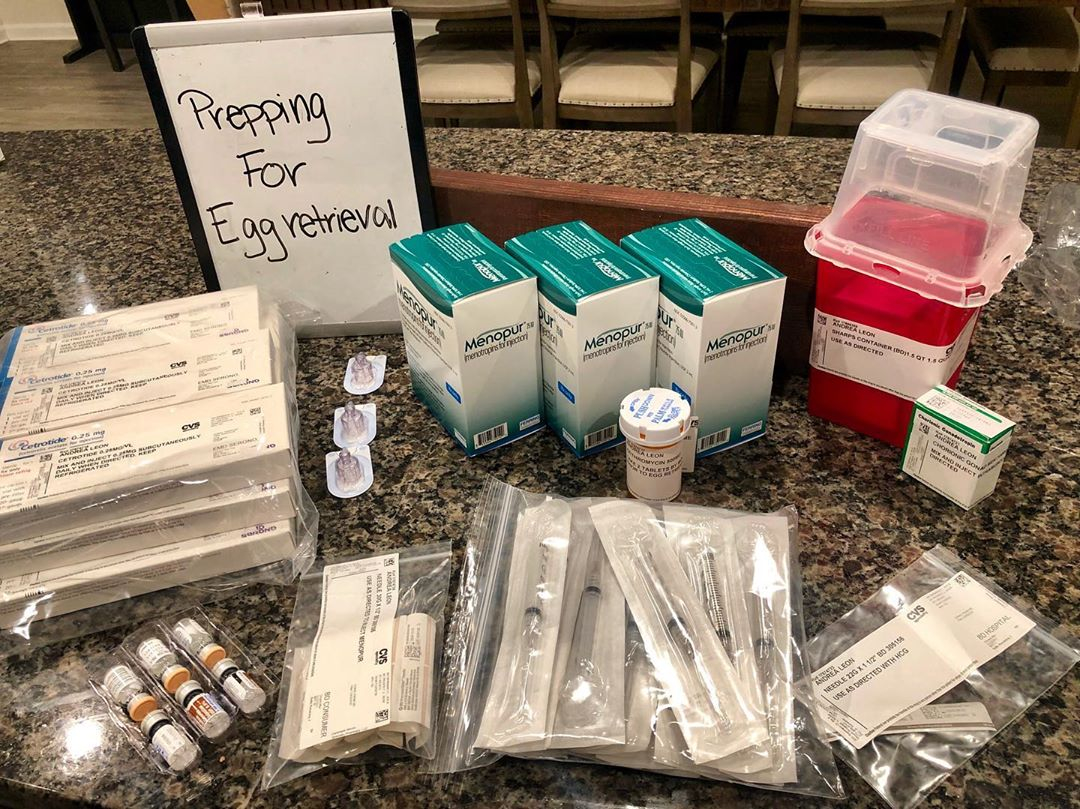 In May 2017, Andrea discovered she was three weeks pregnant – but when the 12-week scan came round, the nurse confirmed there was no heartbeat.

She said: "I went home with my lifeless child inside me and carried it for about a week because it was a holiday week and there wasn't availability for a D&C.

“Sleeping and eating were little to none at the time."

Describing how it "traumatically impacted her mental health", she added: “It made me feel dead inside and out.” 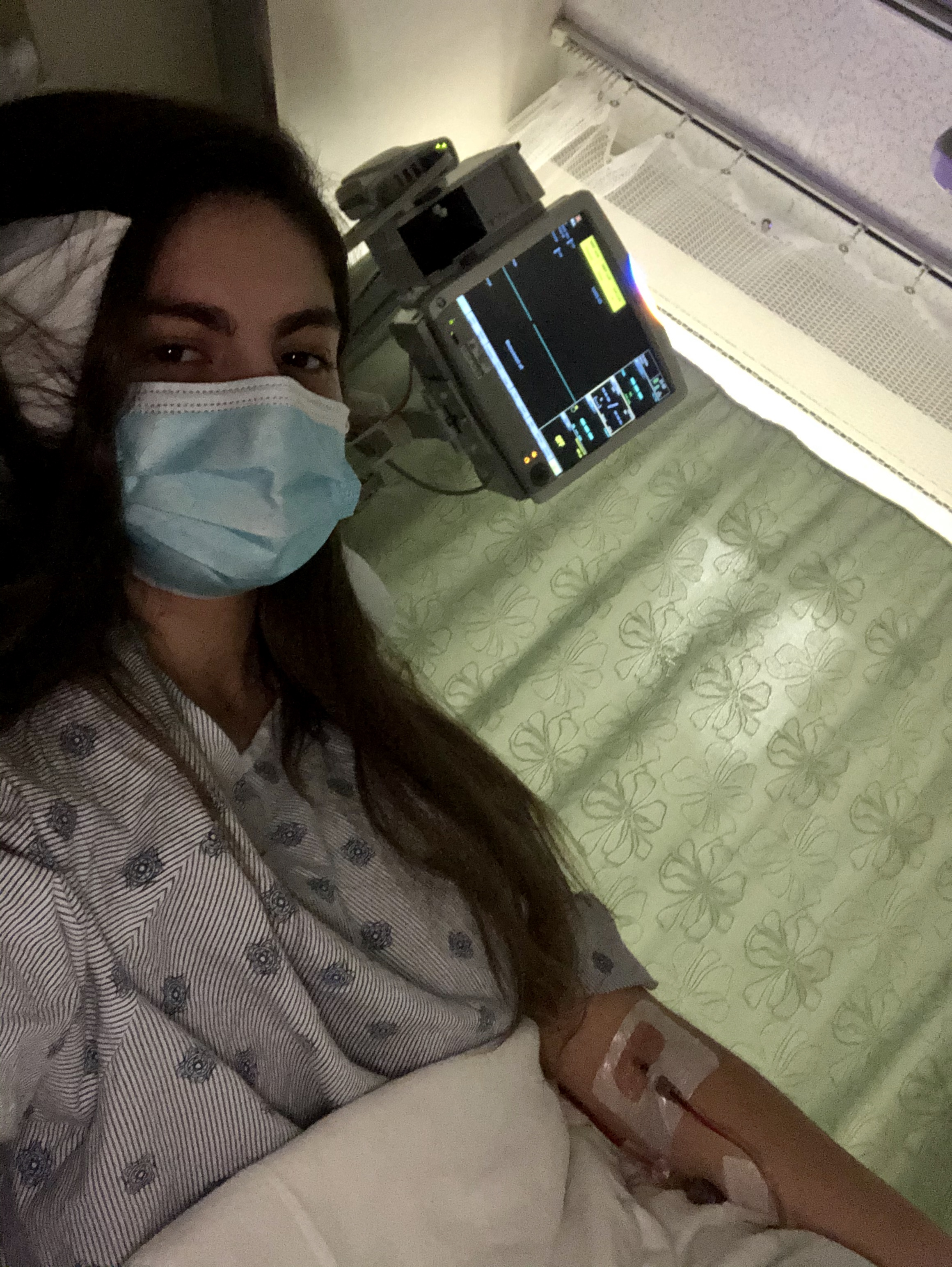 After enduring two more distressing miscarriages, Andrea sought the advice of a reproductive immunologist who diagnosed her with antiphospholipid syndrome, methylenetetrahydrofolate reductase (MTHFR) and endometriosis.

MTHFR is a genetic mutation that has some research linked to miscarriages and risk for blood clots, while Andrea believes antiphospholipid syndrome is the most likely reason why she "developed haemorrhages in the uterus while pregnant".

She said: "I have already been on Lovenox and aspirin to help minimise the potential of clots during pregnancy but it did not work.

"My doctors plan to increase my dosage of blood thinners for my next pregnancy.

ABOUT two million women in the UK are affected by endometriosis where tissue from the lining of the womb is found outside the uterus, attached to organs such as the ovaries and the Fallopian tubes.

Endometriosis is a chronic condition which occurs when tissue from the lining of the womb is found outside of the womb – in areas of the body including the ovaries, Fallopian tubes, the abdomen and the bladder.

So what causes the condition that so many women suffers from?

The exact cause of the condition isn't known, but it's thought it could be hereditary or due to environmental factors – namely the presence of dioxins in the environment.

Meanwhile, other experts believe it could be caused by a process called retrograde menstruation, which is when the womb lining flows backwards through the Fallopian tubes into the abdomen, instead of leaving the body as a period.

Endometriosis can sometimes cause damage to the Fallopian tubes or ovaries, leading to fertility problems.

Other complications can include painful ovarian cysts and adhesions – areas of tissue which can fuse organs together.

Symptoms of endometriosis can vary, but the most common are:

"My doctors explained that MTHFR could affect not only pregnancy but also my mental health. This explained why the trauma was heavier to overcome.

“Endometriosis revealed why I had sharp and throbbing like pains in my pelvic area. Endometriosis has affected my sexual life too, as it caused pain so severe to the point I would have to go to the hospital or desperately search for pain relief through medication, hot baths, heating pads, etc.”

Andrea revealed how her fertility journey has affected her mentally and physically, saying it has been tough on her relationship with Irving.

She said: ”It has for sure taken a toll on my marriage.

“We have gone through couples therapy, which I highly encourage for couples going through this.

“Mentally, I struggle with PTSD and depression. I have done TMS treatments and therapy to help me overcome the trauma. 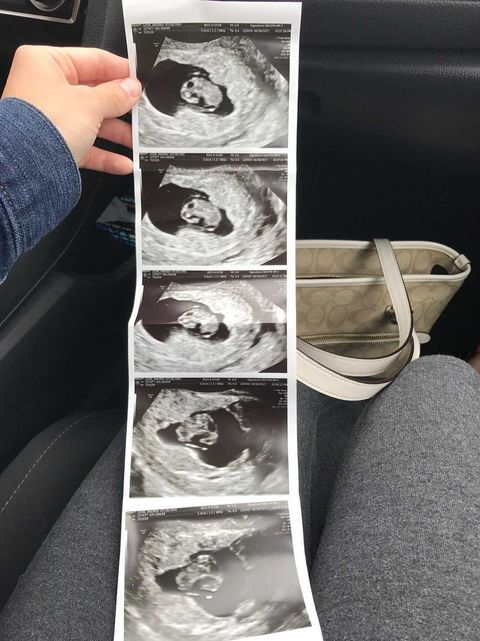 “Baby showers, gender reveals and even holidays are difficult to enjoy when it triggers my PTSD and depression.

“Physically, I had sharp shooting pains most likely from all the surgeries from lost pregnancies."

But despite the tragedy of the many miscarriages, the couple remain hopeful that they will one day get their baby – and have recently tried IVF, which has cost them £19,210 so far.

After 37 injections, six ultrasounds, and nine blood draws in the span of two weeks, 24 eggs were retrieved.

She said: “I just had IVF with genetic testing in hopes to better control my pregnancy.

"My body rejects pregnancies, so I had to do IVF to help control future pregnancies from start to finish.

"Our goal was not to get pregnant; it’s to stay pregnant full-term.

“To keep me ready, I have a nutritionist who helps me keep a constant healthy diet and a plan for pregnancy.

“If IVF fails, we would like to try surrogacy, but that is an extreme cost as well as adoption.” 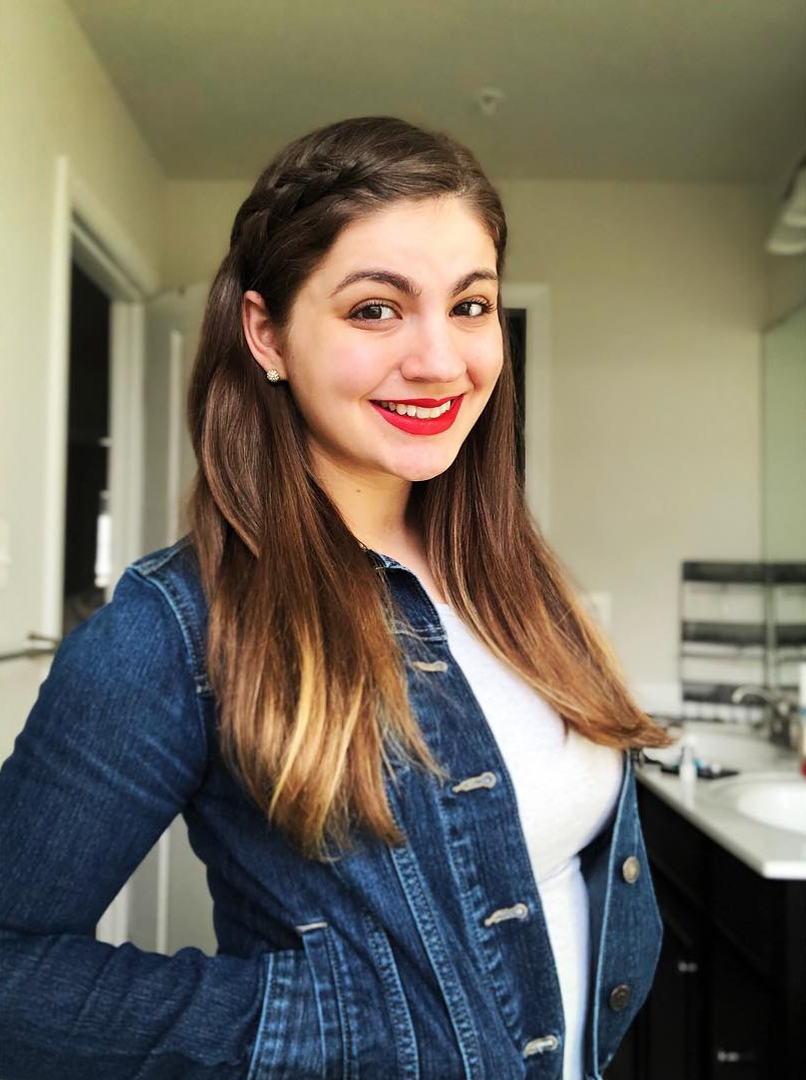 Andrea now aims to educate others about infertility and pregnancy loss by sharing her story on Instagram.

Speaking about divulging details of her story online, she said: “I started this because it helped me cope as I help others with overcoming their losses or infertility.

“I tell them to allow themselves to grieve and dwell in the sorrow but not forever.

“I also recommend taking a short vacation or trip to help remove yourself from the trauma and grief.

“This also helps you focus on your marriage/ relationship. I advise you to take breaks and allow time to recover from pregnancy loss but again, this is all on how they personally feel about the loss and how they are recovering.

“This can be a very lonely journey, especially with ignorant comments and lack of support from loved ones.

“No one prepares couples or educates them on what to do when it comes to pregnancy loss or infertility, so I like to share resources and personal experience to help others in their journey.

“Recovery is a daily challenge, but I find that talking about my experiences and helping other women going through this has helped my own trials."

For more heartbreaking real life stories, this ex-heroin addict mum-of-two shared stunning before-and-after photos as she opens up about recovery.

And this couple who had 14 sons over three decades FINALLY welcomed their first daughter.

Plus this woman who died of breast cancer penned letter to younger self on LAST day & her heartbreaking advice will touch everyone.