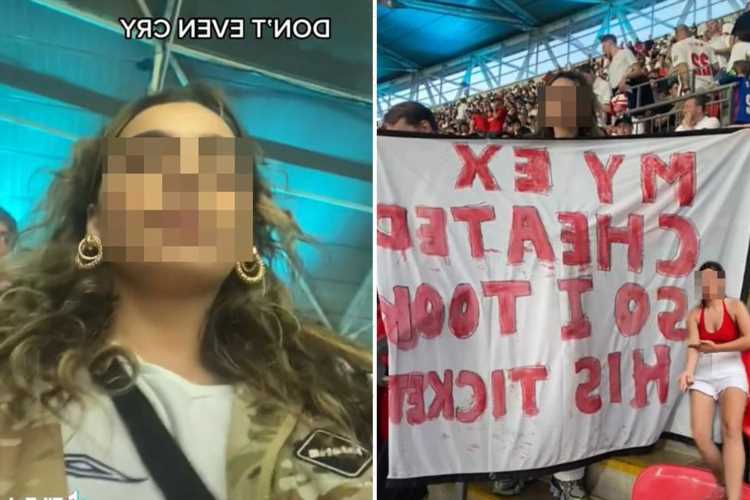 WHETHER you're a diehard football fan yourself or just dating one, then you'll know the stakes are never higher than when England are playing.

So when this woman found out her footie-mad boyfriend had been cheating right before the Euro 2020 final, it didn't take long for her to come up with the perfect revenge. 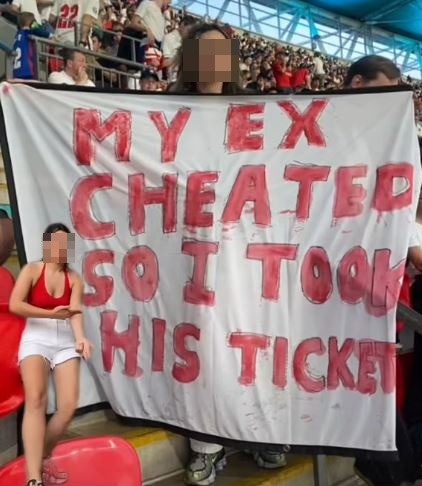 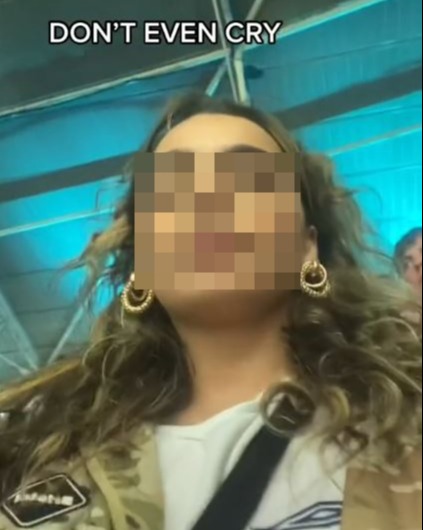 In a viral TikTok, the scorned girlfriend explained how she took his ticket to the final at Wembley.

And to add insult to injury, she even created a sign which exposed his infidelity to shame him on national TV.

Giving her followers a "masterclass" in break-ups, the woman said: "Don’t cry over him sis – just get even and level up."

She then filmed herself arriving at the stadium with thousands of football fans and finding her seat in the crowd.

Instead of taking an England flag with her, the woman created a red-and-white sign which read: "My ex cheated so I took his ticket."

Ladies, always remember – don't get upset. Don't even cry. Just GET EVEN!

Needless to say, the woman's act of revenge was a hit with her followers.

Another added: "LOVE IT LASS!"

For more dating horror stories, this man thought his girlfriend was ‘The One’ & his parents loved her – then his dad got her PREGNANT on a family holiday.

And this scorned girlfriend trashes ‘cheating’ man’s Citroen by spraying obscenities across it – & neighbours are stunned.

Plus women are sharing hilariously awful photos their boyfriends take of them & it almost takes effort to make them this bad.

Nicolas Cage isnt going to star in a Tiger King series: its no longer relevant

Why Iggy Azalea Is Taking A Break From Music
Recent Posts