Home » My HH-cup boobs won’t stop growing – now after years of requests for nudes, bullying and harassment I want rid of them 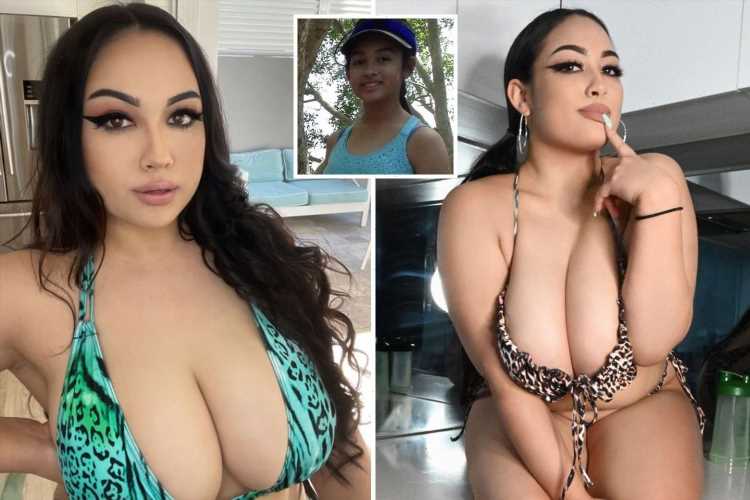 My HH-cup boobs won’t stop growing – now after years of requests for nudes, bullying and harassment I want rid of them

Anya St James was 13 when she noticed the fast rate her chest was growing at – as she went from a B-cup to DDs in just one year. 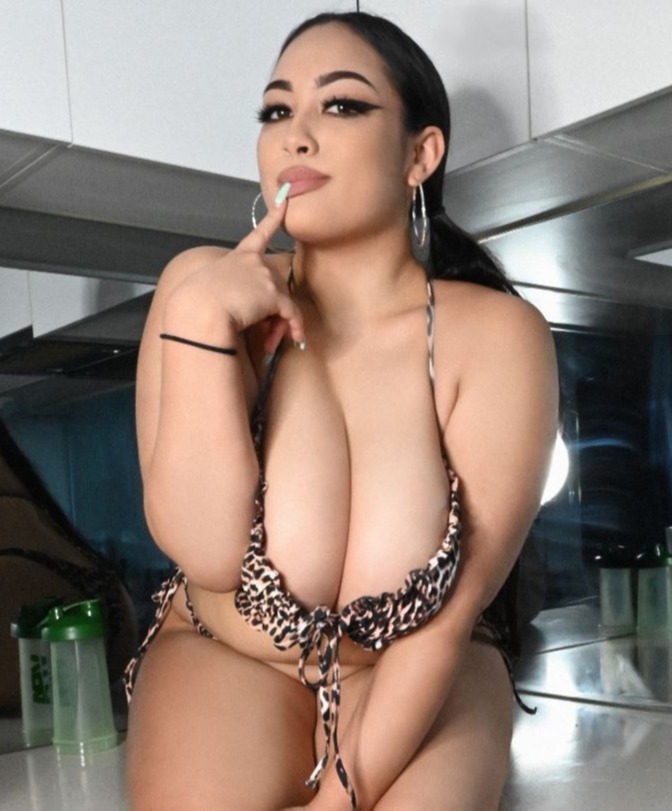 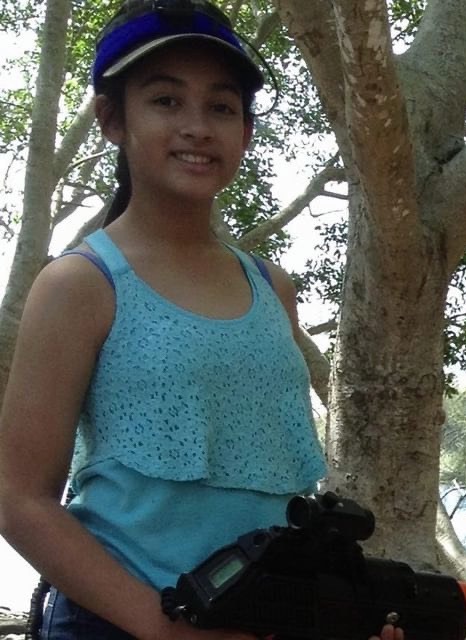 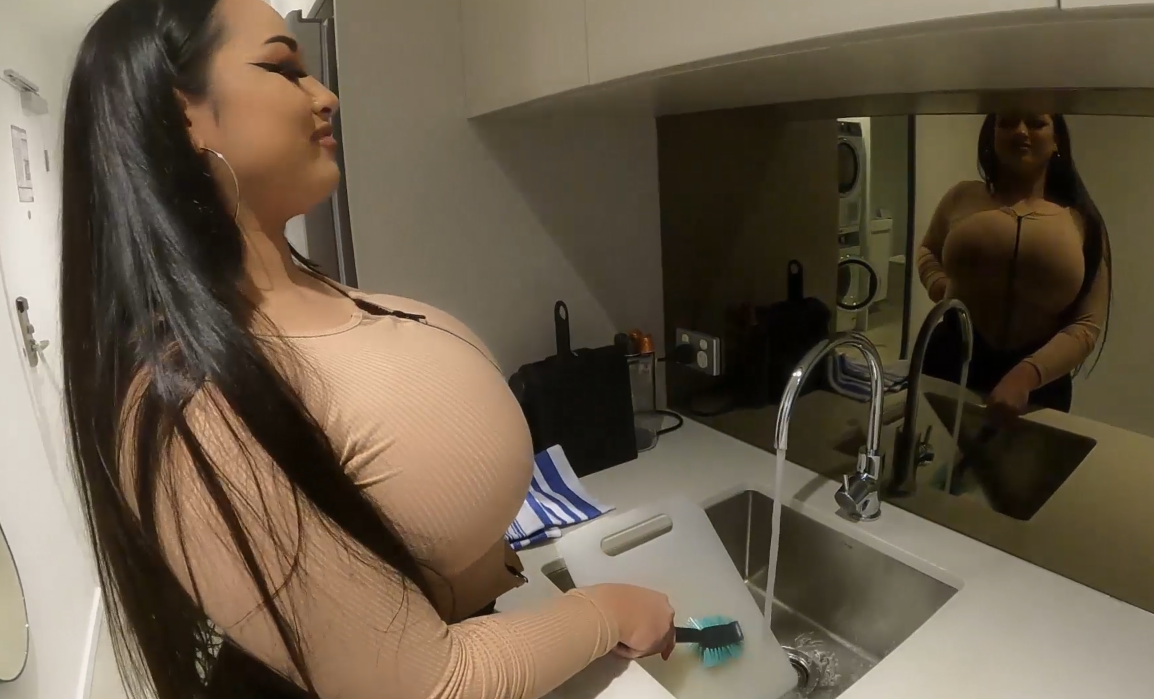 Since then her boobs have grown at least “one cup size each year” and now the 18-year-old fears for the future.

For years the HH-cup retail worker has been plagued by back, neck and shoulder problems, abuse from strangers and difficulty finding love.

Anya, from Gold Coast, Queensland, is being tested for gigantomastia – a rare condition that causes excessive breast growth.

The exact cause is unknown but it has been linked to hormones released during puberty or pregnancy and certain types of medication. 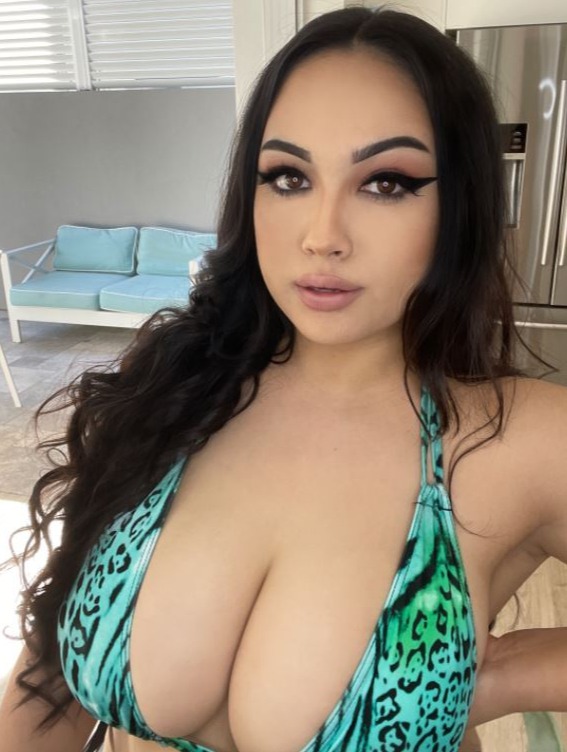 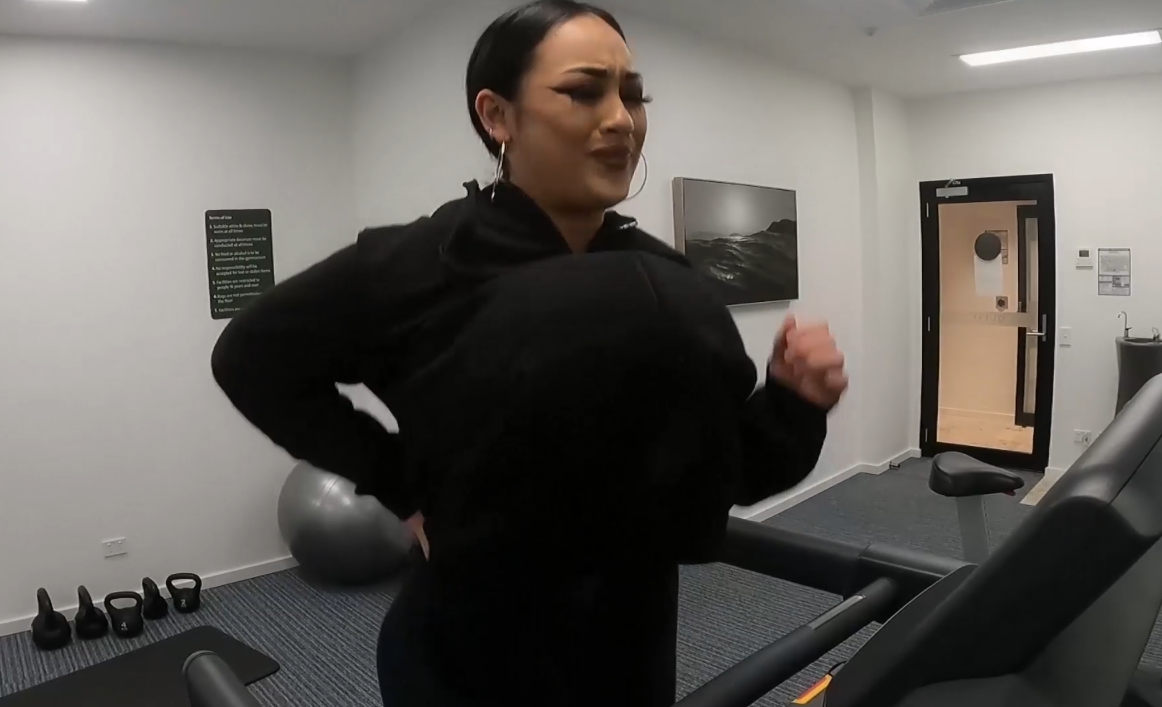 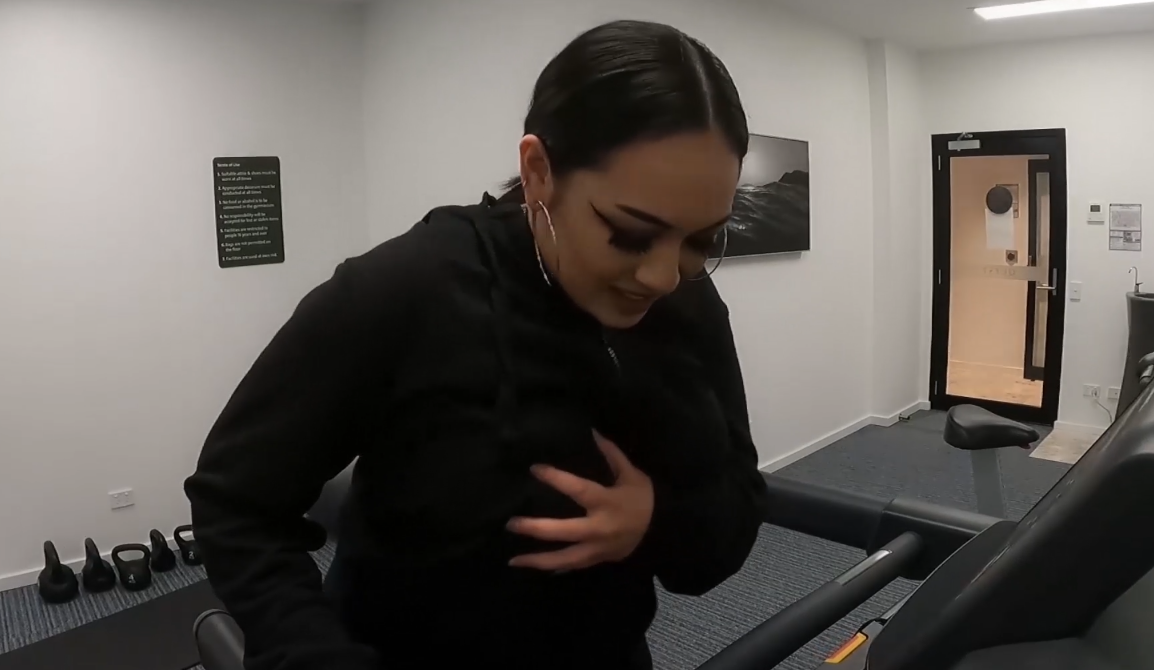 Anya, whose case is baffling doctors, told The Sun: “At times my boobs have grown gradually, but in four years I’ve gone from having B-cups to HHs.

“Each year I’ve gone up a whole cup-size and what still scares me is that in two years’ time my boobs may not have stopped growing.

“For most girls my age, their breasts have stopped but mine have only continued to get bigger, bigger and bigger.

“Even when I have lost weight my boobs haven’t changed size or shape – they are still growing.

“I am 18 now and if I had surgery now, by the end of the year they could have grown again – what if they double in size again? I don’t want to keep having surgeries.”

Anya admitted she was “in awe” after initially being told she had gone from a B-cup to a DD at the age of 14 – but over time the difficulties of having a bigger bust became apparent. 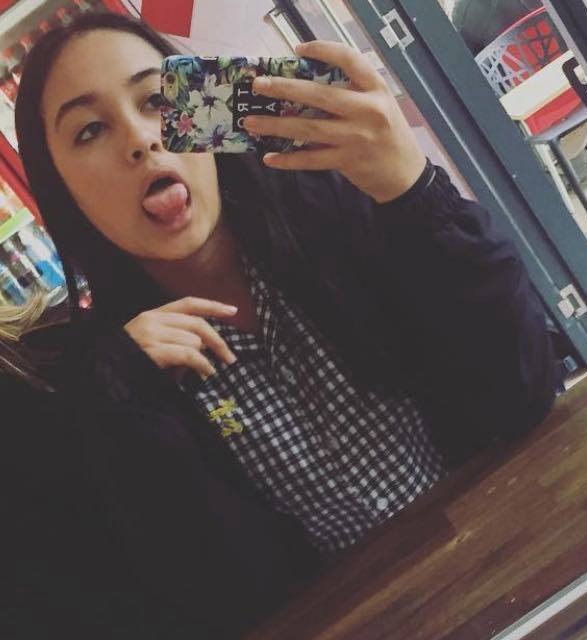 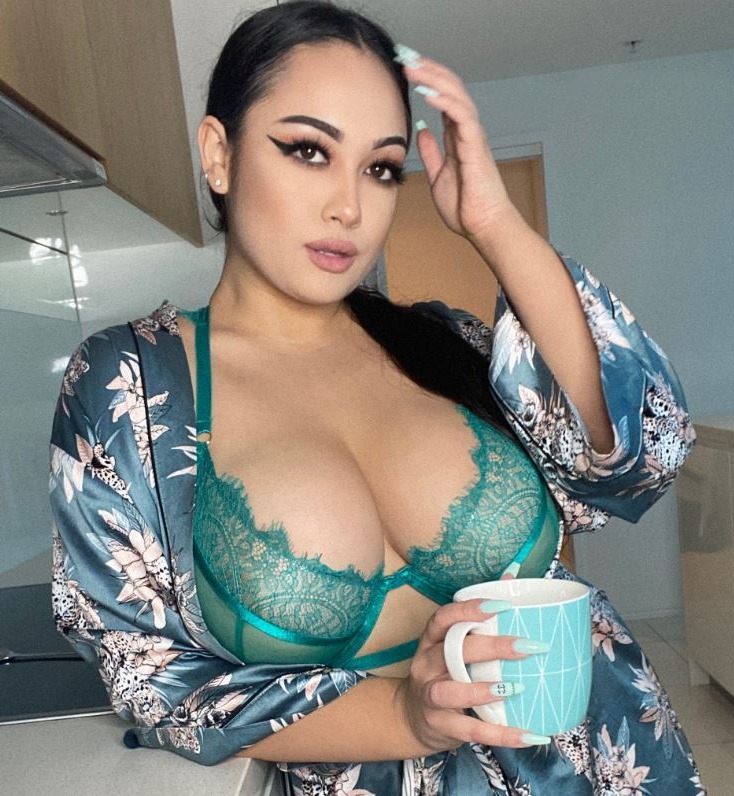 Within that first year of her “growth spurt”, the youngster went from wearing training bras to getting sized and fitted “every couple of months”.

Now Anya longs for the days when it was easier to shop for bras as she is now forced to wear “grandma bras” and can rarely find ones that fit her.

She said: “H-cup is the maximum most stores go to especially for people with bigger breasts.

I don't know how big they will have grown by the time I'm 20!

Shopping isn’t the only issue faced by Anya, who claims she regularly has to lie down and rest from the pain of carrying such a big bosom.

She has also been forced to give up her favourite sporting activities like jump rope and trampolining due to “the pressure of gravity”. 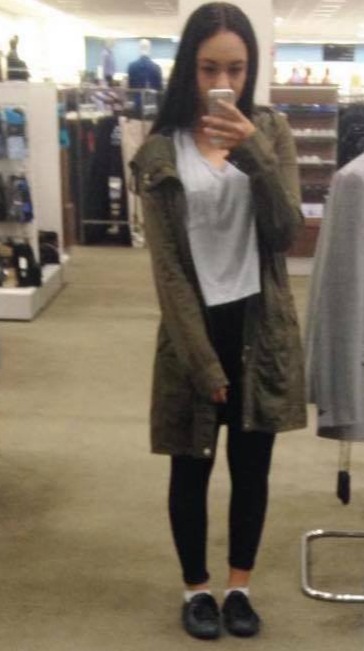 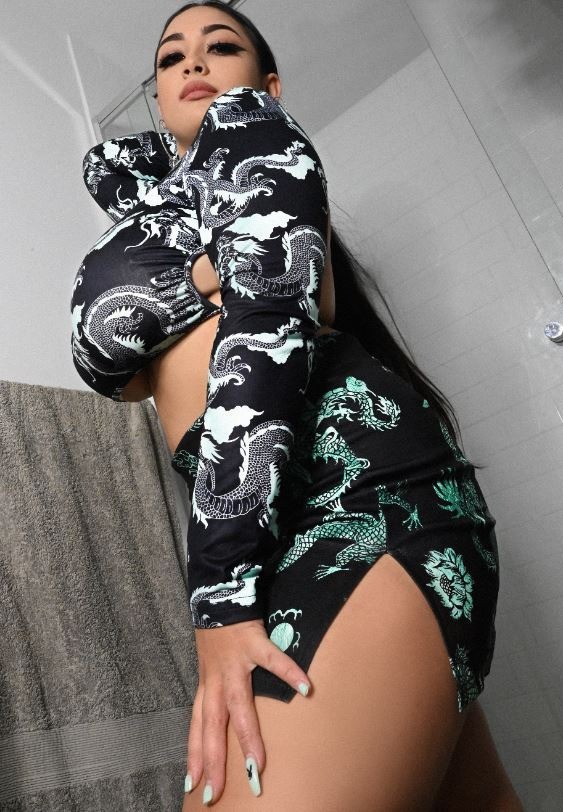 Anya said: “I have concerns about the future for my back and neck, especially if I don’t fix my posture.

“I’ve tried to weigh them multiple times but it’s not easy and the only thing I can compare them to in size is a cantaloupe (rockmelon).

“Each of my boobs is the size of a small child’s head, so it’s like having two baby’s heads attached to my chest.

'SIZE OF A CANTELOUPE!'

“There is a lot of strain on my back and neck and it will only get worse with time – even the bras I wear strain my shoulders and neck.

“I’m scared about how bad the pain will get, as it affects my day to day activities and I often need to lie down to rest.”

During her school years, Anya claims her large bust attracted “unhealthy attention” from olders pupils and men in general. 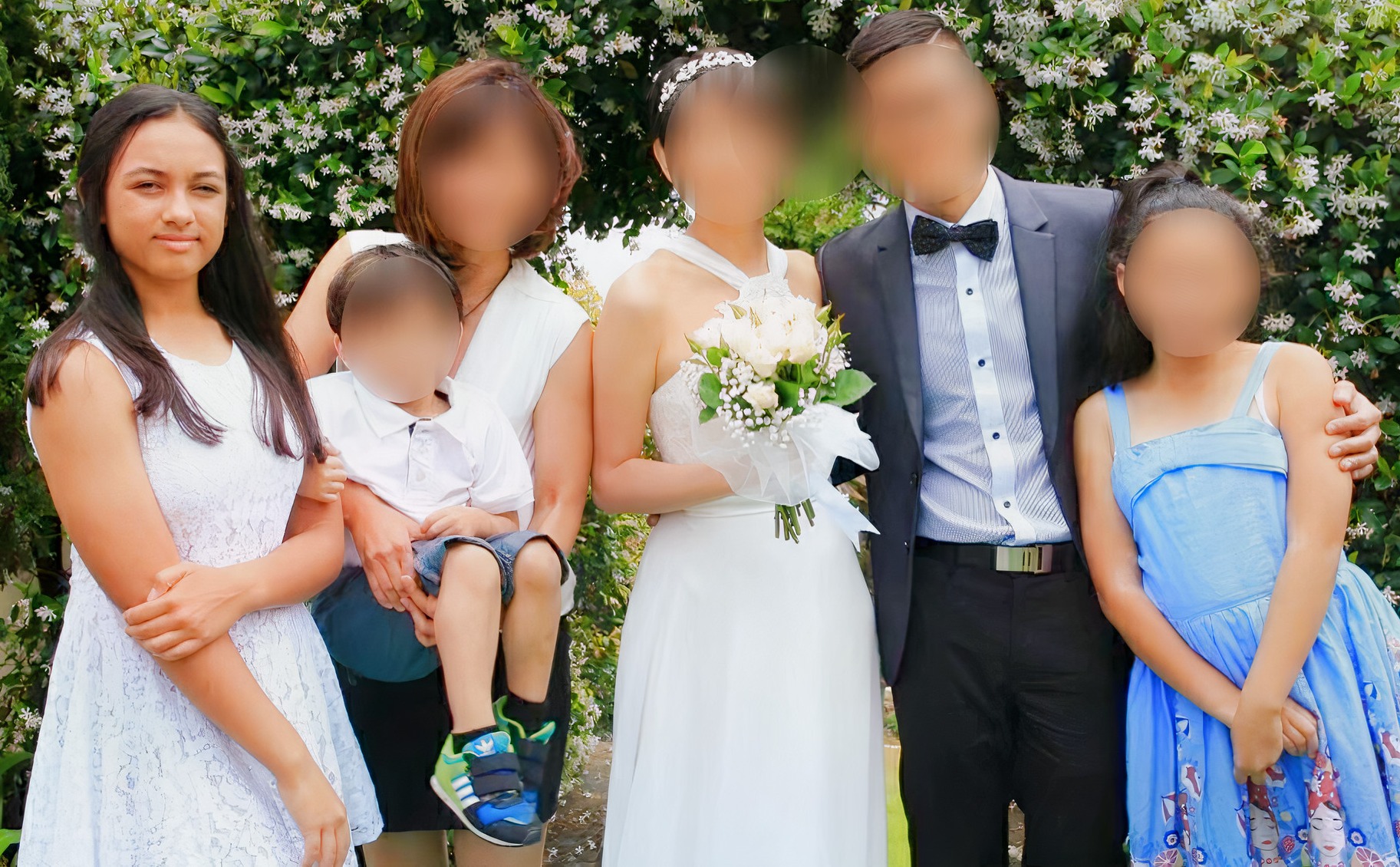 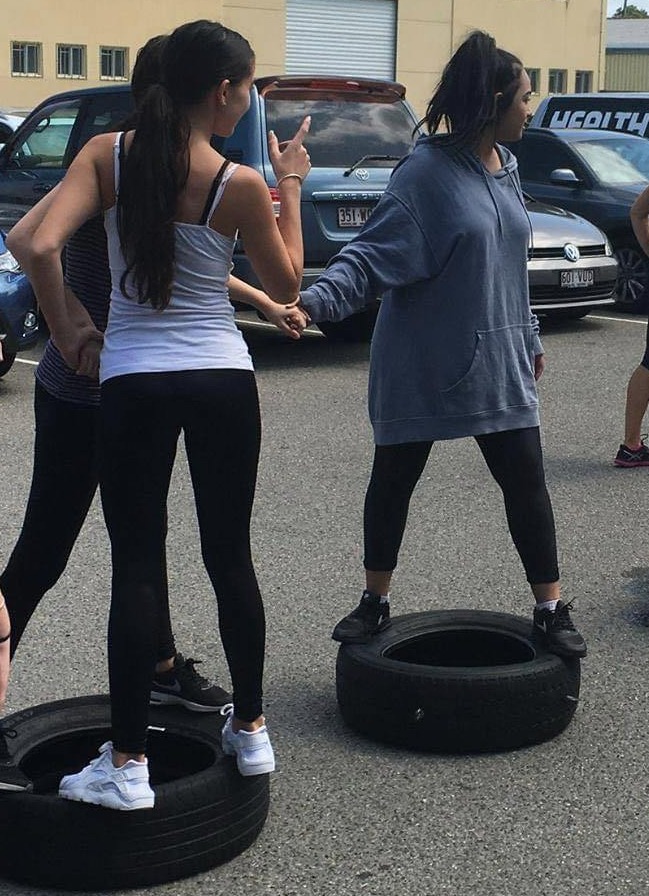 She was around 13 when fellow students started demanding her to send naked photographs and others “harassed me quite a lot”.

Anya said: “One thing I never thought I would experience at that age was catcalling but I had it a lot and was not wearing anything provocative.

“It was not a pleasant experience and a lot of older guys would message me, asking me to send them nudes.

“At that age it’s not the right thing to do and throughout school I was bullied a lot.

“If I was ever seen talking to a guy, they would ask ‘Why aren’t you sending nude photos?’ and give me a hard time.

“The experience made it really hard to go to school because I had a group of 10 guys all trying to hit on me at the same time. 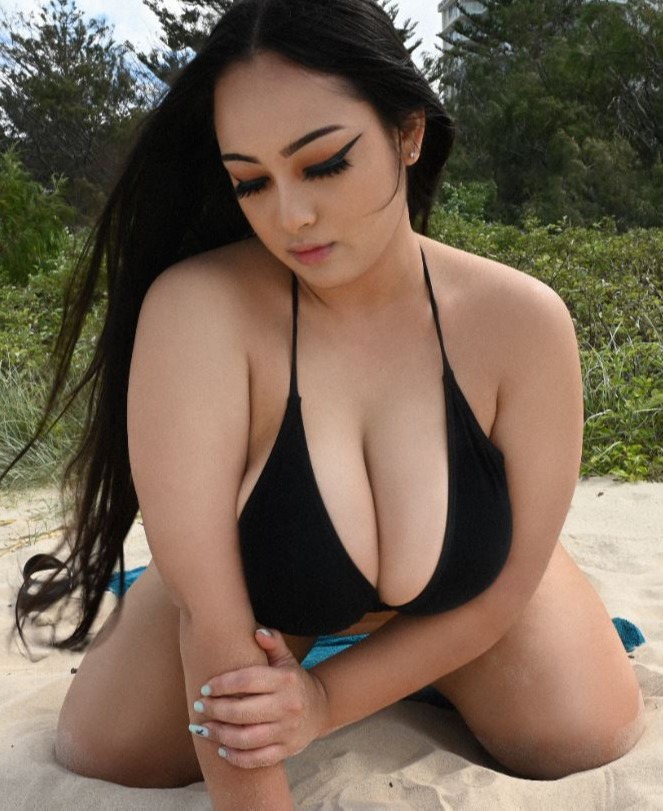 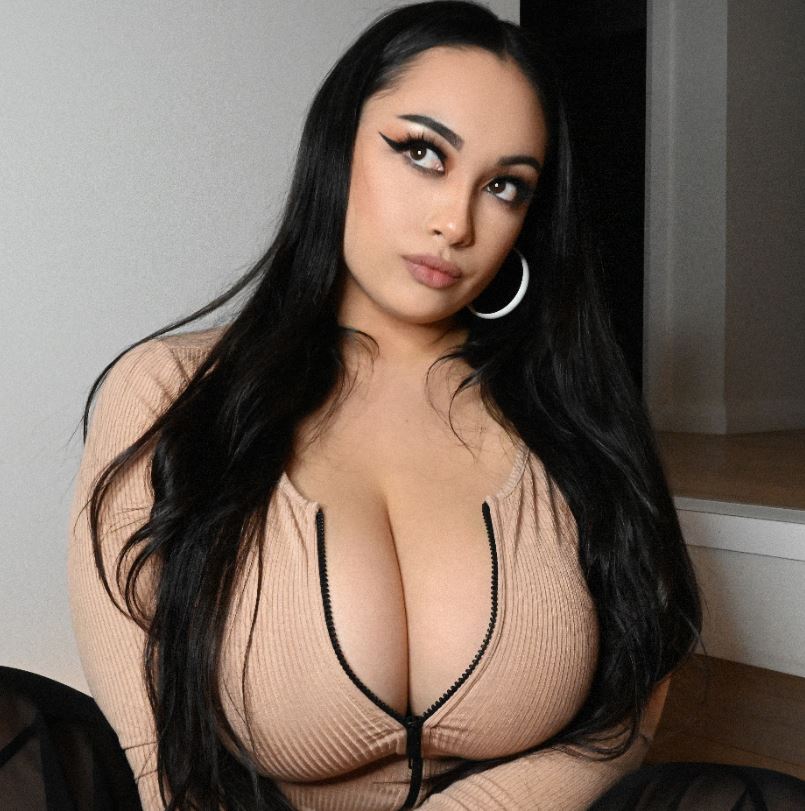 “When I didn’t show any interest in them I would get a lot of backlash – I definitely got harassed quite a lot but I’ve grown from that.”

Anya says she regularly gets complimented about her boobs from other women, which she finds “lovely” and knows some are wrongly “envious” of her.

She explains the difficulties of having such large breasts and jokes that she would “share them” if she could.

You can take them (my boobs) from me, I don't want them!

Anya said: “I tell them ‘You can take them from me, I don’t want them!’ and explain the problems I’ve faced.

“Everyone says they wish they had big boobs but they don’t realise the problems – I can’t even find nice bras that fit me!

“I know I can’t wear a lot of tops either because if I did my boobs wouldn’t fit and they would spill out somewhere.

GIGANTOMASTIA is a rare condition that causes unusually excessive breast growth in women.

The exact cause isn't entirely known but doctors believe it can be triggered by hormones released during pregnancy or puberty, and after certain types of medication.

In extreme cases, some women's breasts have grown three or more cup sizes within a few days.

Some women with the condition seek breast reduction surgery or a mastectomy.

Other names for gigantomastia include breast hypertrophy and macromastia. 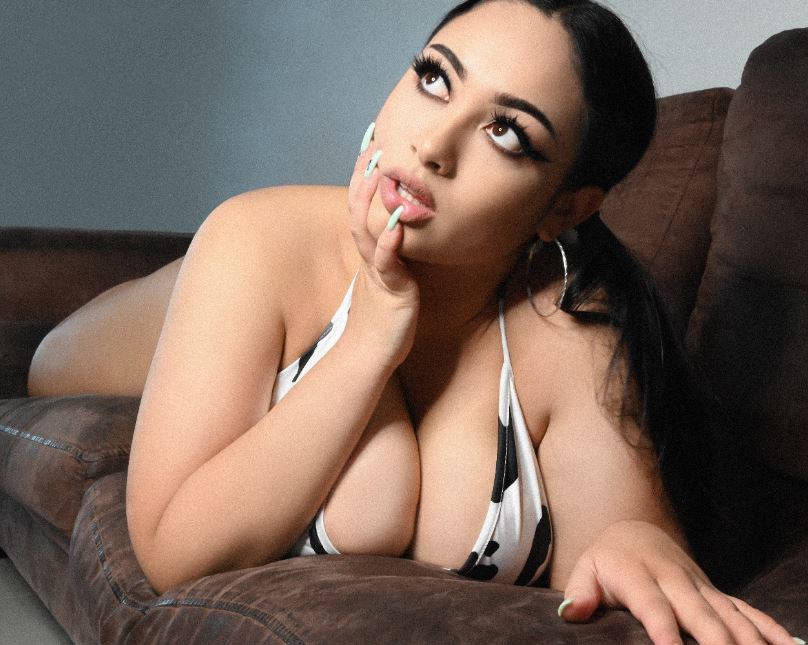 “I’m only 5ft 3in tall so they never fit my body and my chest nicely, anything with cleavage looks overdone and people say it ‘looks trashy.’”

Anya is still debating whether to get breast reduction surgery and hopes she may be able to explore the option in the future.

In the meantime, she’s been trying to find ways to empower herself online – on @KentuckyFriedClouds – and to learn to love her body.

Anya said: “It has taken a toll on my self-esteem and makes me want to cover-up all the more rather than being proud, showing it off and being happy.

“Other women can dance and jump around, where I can only do that if I hold my boobs in place – it’s like having two large balls bouncing on my chest.

“I can’t do a lot of physical activity because of the pain and the anxiety I have about exercising in public.

“It’s hard, the physical and mental aspects have definitely negatively affected me.”

Leo horoscope: What your star sign has in store for May 30 – June 5

Reward for freeway shooting in California up to $400,000; DA says ‘we’re not messing around’
Recent Posts