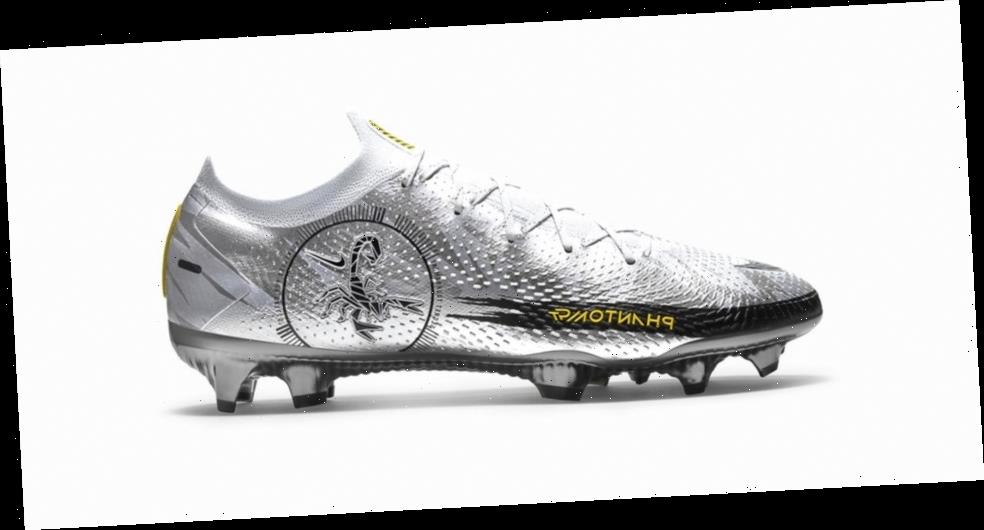 Nike’s latest Phantom GT Scorpion football boot is a tribute to the brand’s own “Secret Tournament” campaign of 2002, celebrating an era that gave rise to the evolution of “expressive, risk-taking footballers.”

Inspired by their playstyle and acting as a “generational link,” the boot comes dressed in a shining chrome upper with a similarly-finished bottom plate and studs, a reference to the tournament’s ball. Black painted brush strokes wrap around the toebox and extend down the midfoot as a nod to the cargo-ship ‘stadium’, while the contrasting yellow accents found across the shoe reflects the hazard stripes used to frame the goals. Additional detail comes in the form of a lateral, geometric scorpion graphic, and the words “Secret Tournament” and “Engineered For Skills.”

As for those who aren’t familiar with the 2002 advertisement — which coincided with that year’s World Cup in South Korea and Japan — the “Secret Tournament” featured a fictional eight-team, three-a-side tournament taking place inside a cage aboard a large cargo ship. 24 of the world’s top players made appearances in the campaign, including Thierry Henry, Ronaldo, Rio Ferdinand, Luis Figo, and Ronaldinho.

The Phantom GT Scorpion football boot will be available over at Nike on November 2.

In wake of COVID, Halloween teaches kids ‘not to be afraid of the dark’