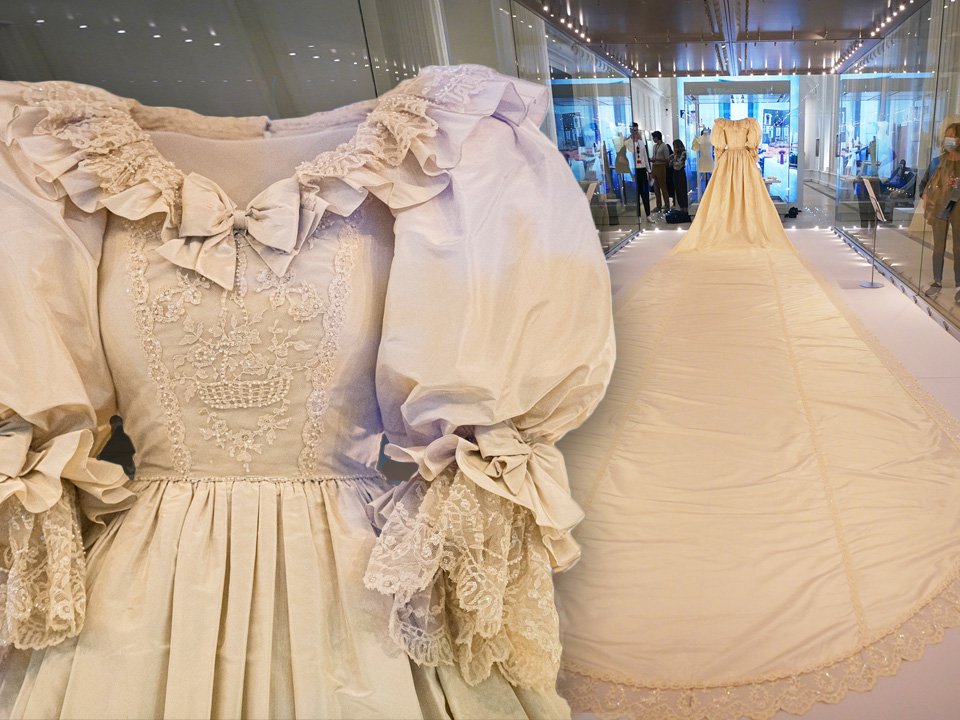 Princess Diana’s wedding dress has been unveiled to the public at Kensington Palace – and you can go and have a look at the beautiful garment.

The dress, which is on loan from Prince William and Prince Harry, will be on display from Thursday June 3, as part of a new exhibition called ‘Royal style in the making’.

As well as Diana’s royal gown, designed by David Emmanuel, the show also includes items from the Princess of Wales, the Queen, and the Queen Mother’s wardrobes.

In the exhibition you’ll also get to see a rare surviving toile – the French name for linen – from the 1937 coronation gown of Queen Elizabeth the Queen Mother, consort of King George VI.

Beyond coronations and weddings, you’ll also get to see the glittering gowns and stylish tailoring for all occasions, which have been created for three generations of royal women.

They rarely seen items of clothing have been gathered from the archives of the royal family’s couturiers, including David Emanuel, David Sassoon and Norman Hartnell.

As well as the clothes themselves, the exhibition also showcases original sketches, fabric swatches and unseen photographs from the royal ceremonial dress collection. Fans of fashion, or fans of the Royal Family will get unrivaled glimpse behind the scenes of all the most famous looks.

The exhibition will run at Kensington Palace from June 3 to January 2 of 2022.

What is ALS and why is it called Lou Gehrig’s disease? – The Sun