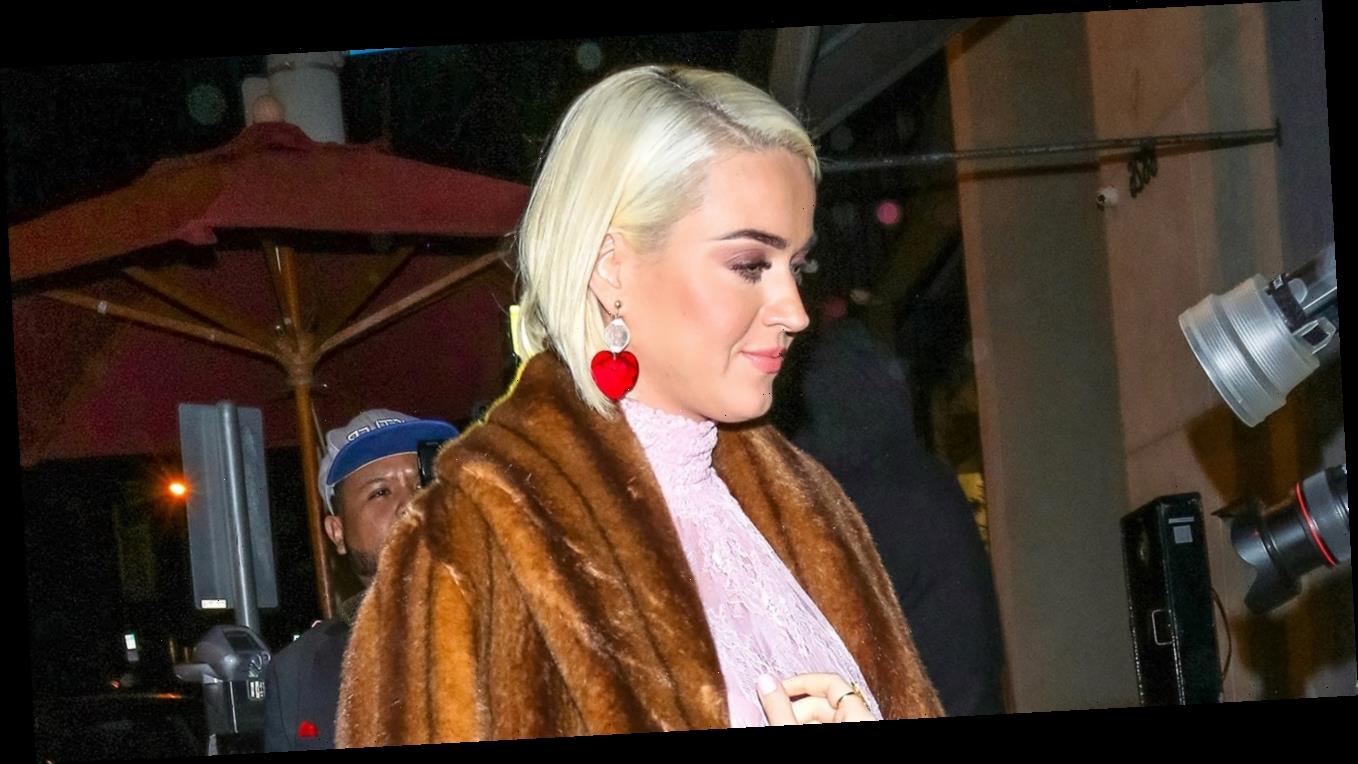 See How Katy Perry Has Hidden Her Baby Bump

Baby on the way! Congratulations to first-time mom, Katy Perry, who announced that she was pregnant with her first child.

The pop star shared the exciting news in the “Never Worn White” music video that dropped on Thursday, March 5, by showing off and rubbing her adorable baby bump. Then, she later confirmed on Instagram Live, saying that she is “excited and happy” and that she was due in the summer.

Though the singer, 35, is new to the parenting thing, her fiancé, Orlando Bloom, has a 9-year-old son, Flynn, with his ex-wife Miranda Kerr. So maybe he can give her some pointers! But one thing she definitely doesn’t need help with is her maternity style.

With the birth date less than nine months away, there have been more than a few public appearances where the songstress had to hide her bump — and she was a master.

When spotted out and about in London on Monday, February 3, the “Teenage Dream” singer rocked a pink satin cape coat with ruffled tieres that was perfectly oversized. It was a bold choice, for sure, but with such a wacky style record, her daring fashion choice wasn’t that alarming.

At the British Asian Trust reception the next day, she wore a form-fitting royal blue gown with chainmail details up top. Though this number definitely showed off more of her figure, she made sure to keep her stomach covered with a silver clutch.

Keep scrolling to take a peek at every one of Perry’s chic maternity looks.