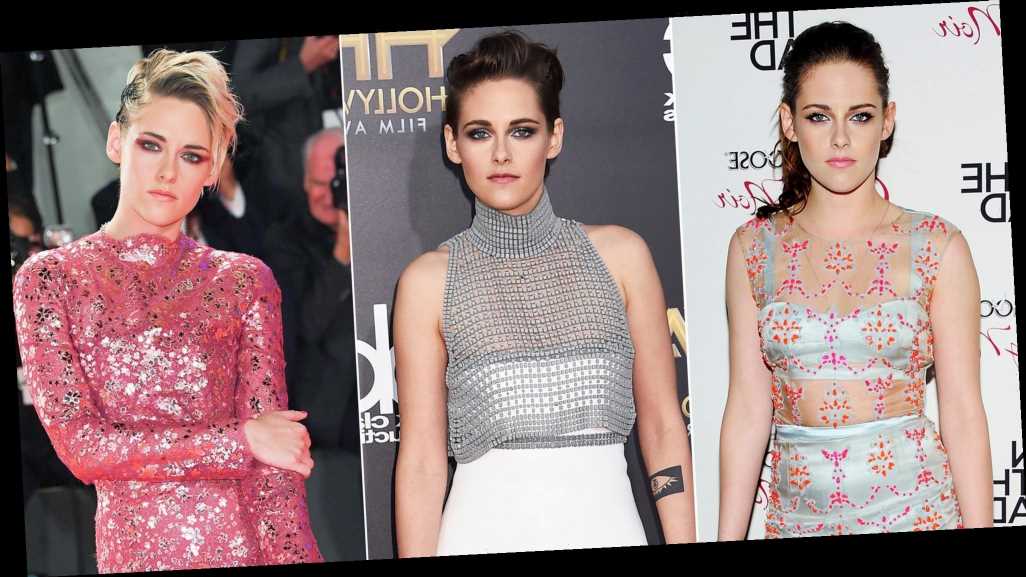 To say that Kristen Stewart’s fashion has evolved over the years is an understatement! The 31-year-old actress has a fierce red carpet fashion sense that’s inspired many iconic moments, like cropped suit jackets, skin-tight jumpsuits and that iconic Chanel onesie that left the world buzzing. A true style chameleon, the Twilight star has rocked so many different styles with her signature cool-girl flair.

About Last Night: See the Best-Dressed Stars on the Red Carpet and Beyond

The L.A. native started her career as a child actor way back in 1999, but her true breakout came in 2008 when she took on the role of Bella Swan in the big-screen adaption of Twilight. And while her off-duty style consists almost exclusively of jeans, sneakers and tees, she knows how to bring the glam on the red carpet.

The Chanel ambassador manages to give even the frilliest ensembles a rock ’n’ roll vibe thanks to her edgy (and ever-changing!) haircuts and color and bold makeup (think: strong scarlet lips juxtaposed on porcelain skin, unexpected bright-colored eye looks and more), but she’s also been known to make a statement with her wardrobe choices as well.

In 2017, K.Stew reportedly lamented the ambiguous but routinely enforced dress code that requires women to wear heels at the Cannes Film Festival. During a roundtable event, she explained that while she understood “the black tie thing,” attendees “should be able to do either version — flats or heels.”

Serving as a jurist at the event in 2018, Stewart backed up her words with action on not one but two occasions. On one rain-soaked red carpet, she chose to remove her pumps and walk barefoot (shoes in hand!), and she opted to defiantly arrive in menswear-inspired loafers. instead of stilettos on another. In the process, she reaffirmed that fashion can be about far more than glitz and glamour.

And in 2019, the actress has been serving memorable red carpet looks for movie premieres and A-lister events, like itty-bitty short shorts that showed off the star’s legs at the 45th Deauville American Film Festival in France, or a bright-yellow suit that the star styled with edgy accessories to reflect her signature cool-girl aesthetic.

So what are you waiting for? Keep scrolling for a look back at some of her coolest red carpet fashion moments of all time.

How this episode of ‘The Crown’ nailed Prince Philip