Home » Beauty and Fashion » Wearing a skirt made me feel like Brad Pitt, until the wind changed 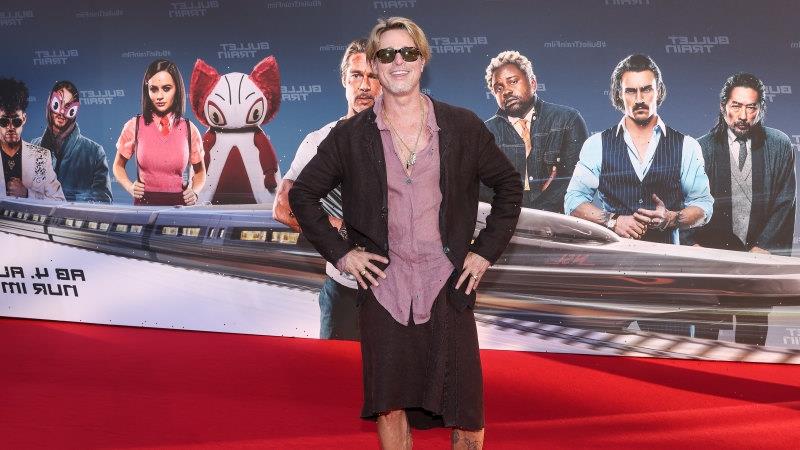 Wearing a skirt made me feel like Brad Pitt, until the wind changed

Brad Pitt has shown that if you want to look like a man, wear a skirt. The star exuded rugged masculinity at the Berlin premiere of the action film Bullet Train in a brown linen skirt from New York designer Haans Nicholas Mott. In an attempt to follow the 58-year-old’s butch example I encountered more challenges than knobbly knees and random gusts of wind.

Skirts only swing from coathangers in the women’s sections of Australian department stores, with sizing that’s confusing to someone used to dressing their lower half according to inches. Does my 36-inch waist make me a size 16 and will my bum look big in tartan pleats? 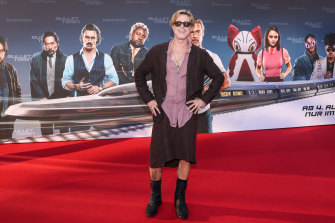 A search through the men’s sections of David Jones and Myer produces no skirts and even the online store The Iconic’s men’s section only reveals shirts when searching for “skirts”.

With Pitt’s chosen designer Mott only making pieces to order, an alternative is offered by Hollywood peers Oscar Isaacs from Dune, comedian Pete Davidson and The Hobbit’s Lee Pace who turn to New York designer Thom Browne for their red carpet skirts. Unfortunately, the label’s Australian distributor Harrold’s only stocks Browne’s shorts and trousers for below the belt line.

Gucci and Burberry have shown male models wearing skirts on the runway, but these items can’t be found in the men’s section of their Australian online stores. A representative for Gucci said that all the label’s pieces are genderless, even if they do sit under the women’s section of their website. 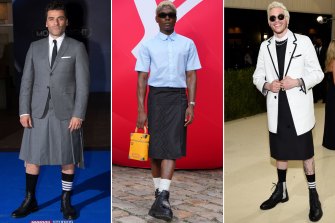 “Don’t be surprised to see skirts popping up in your local menswear boutiques sometime soon.”

Louis Vuitton’s Sydney flagship does stock skirts for men which at $3,350 is perfect for a moneyed Pitt, but had me contemplating wearing a sarong like David Beckham in 1998.

Salvation for weak wallets can be found at Dangerfield, a store I last visited during a brief teenage Goth period in the eighties. I swapped my black trousers for a $47 punk-inspired, leather-look (if you squint) skirt that hit just below the knees and worked easily with my shirt, tie and black boots. Online the skirt was modelled by a man and the sizing was in traditional inches. 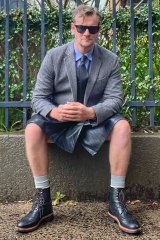 Walking the length of Sydney’s CBD I received more stares than usual, which is I’m sure what happens to Brad Pitt when he leaves the house and queues for a macchiato. I certainly wasn’t ready to date Angelina Jolie, but I did feel like a leading man.

“Having messed with the masculine and feminine all my adult life I find it endlessly interesting how much meaning we attach to these bits of cloth once they’re on a human body,” says Dr Timo Rissanen, associate professor of fashion at University of Technology Sydney. “A short skirt can be a great way to show off thighs and legs like Pitt’s, and a butt.”

“I am all for him wearing skirts, more please, but that brown and pink look is not it.”

Navigating a skirt can be tricky I discovered when catching a train (although the seat beside me stayed empty) and when the winter wind threatened to reveal a Scottish approach to my investigation.

“Given the recent cold snap we’ve had, maybe give it a month or two before you lose the pants,” Millar says.

Until then, you might have to settle for the frustration of trying to look like Chris Hemsworth in tailored trousers.

‘Russia can be defeated’: Ukraine tries to make the case that it can win the war