Home » Beauty and Fashion » What are the symptoms of Aids and HIV, is there currently a cure and how does the test work? 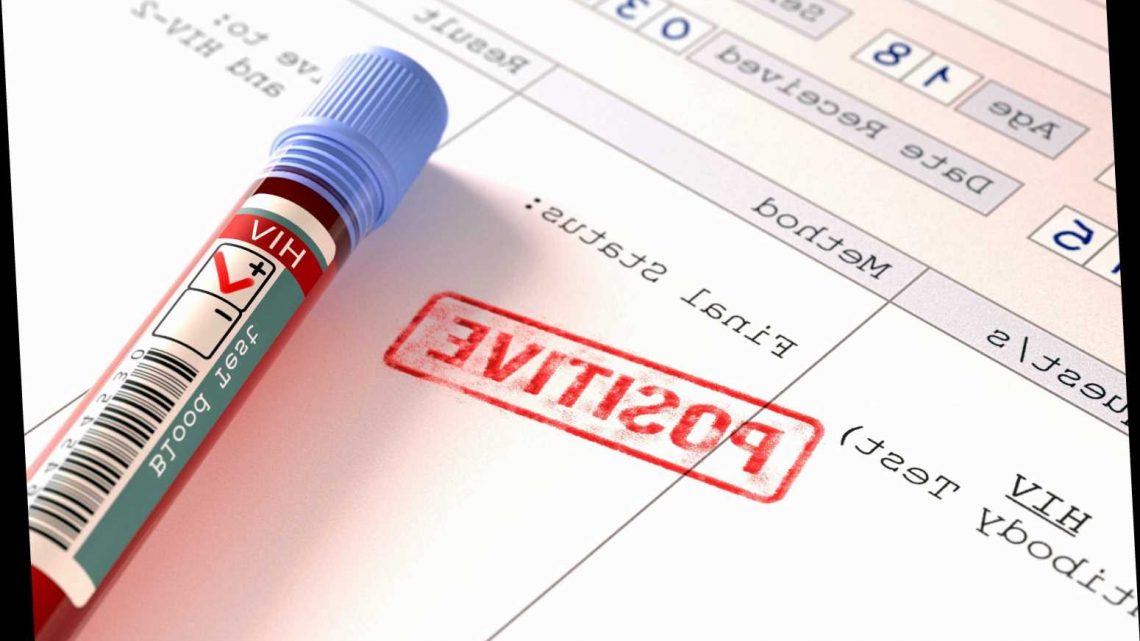 What are the symptoms of Aids and HIV, is there currently a cure and how does the test work?

HIV is a virus that, left untreated, can weaken the immune system.

There are more than 100,000 people living with HIV in the UK – while an estimated 35 million people are HIV positive worldwide. Here's everything you need to know about it. 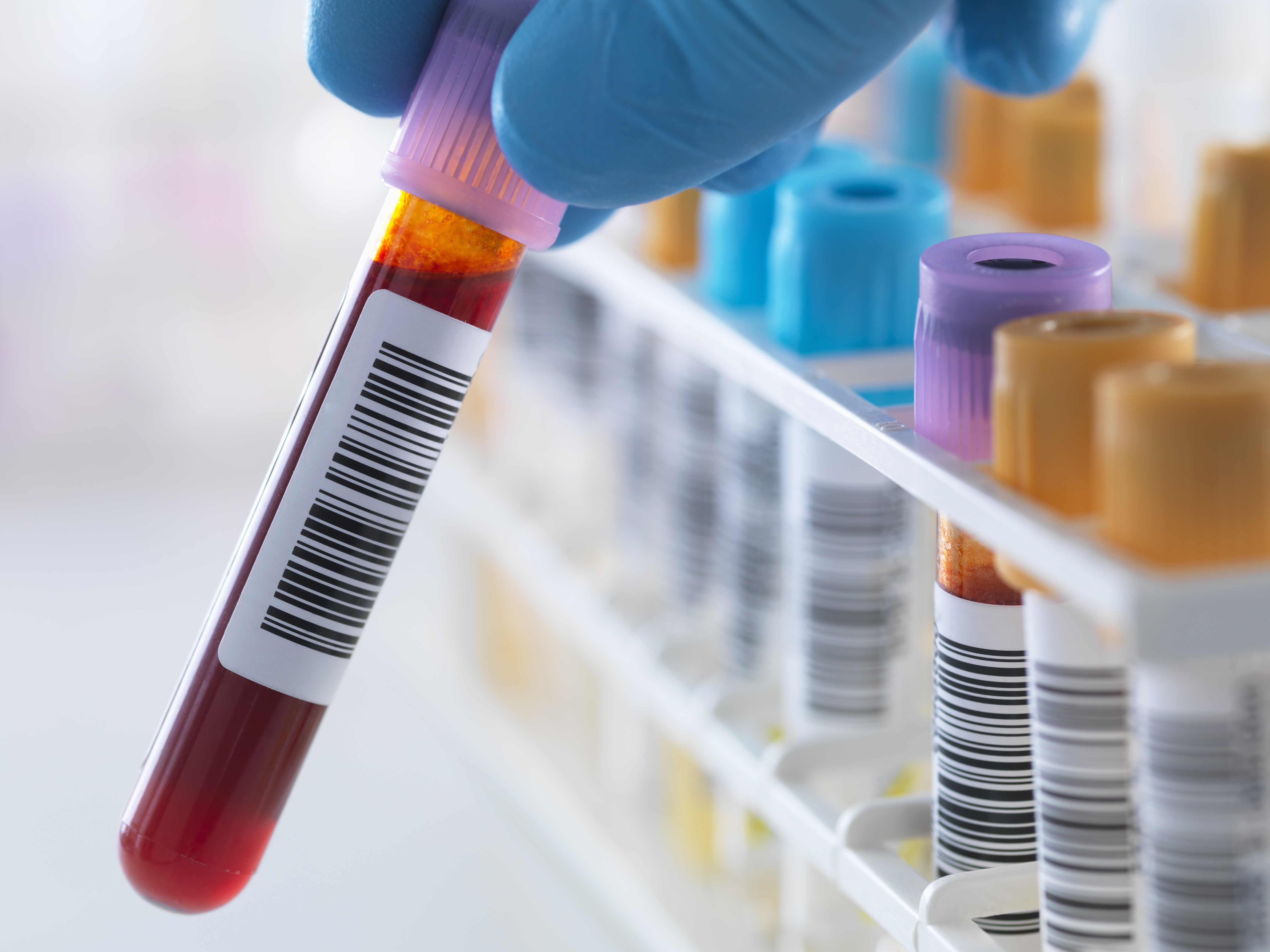 What is AIDS and HIV?

HIV, which stands for the human immunodeficiency virus, was first discovered by scientists in the early 1980s.

The virus attacks the immune system and, if left untreated, can weaken a person's ability to fight infections and disease.

Aids stands for acquired immune deficiency syndrome, and is a collection of illnesses, triggered by the HIV virus.

Nowadays, thanks to modern medicine, the outcome is very different for those who are HIV positive.

Thanks to antiretroviral treatment – which people are given as soon as they are diagnosed – very few people in the UK go on to develop serious or late-stage HIV illnesses, and can expect to live long, healthy lives.

Aids, which stands for acquired immune deficiency syndrome, is a number of potentially life-threatening infections and illnesses that happen when your immune system has been severely damaged by HIV.

Most people with HIV will notice a short illness, similar to flu, two to six weeks after getting the virus.

After that, they can typically feel well for a long time.

Most people only notice any further symptoms of HIV years later, as the virus progresses.

Only once the immune system is already severely damaged will the person show new symptoms. These include: 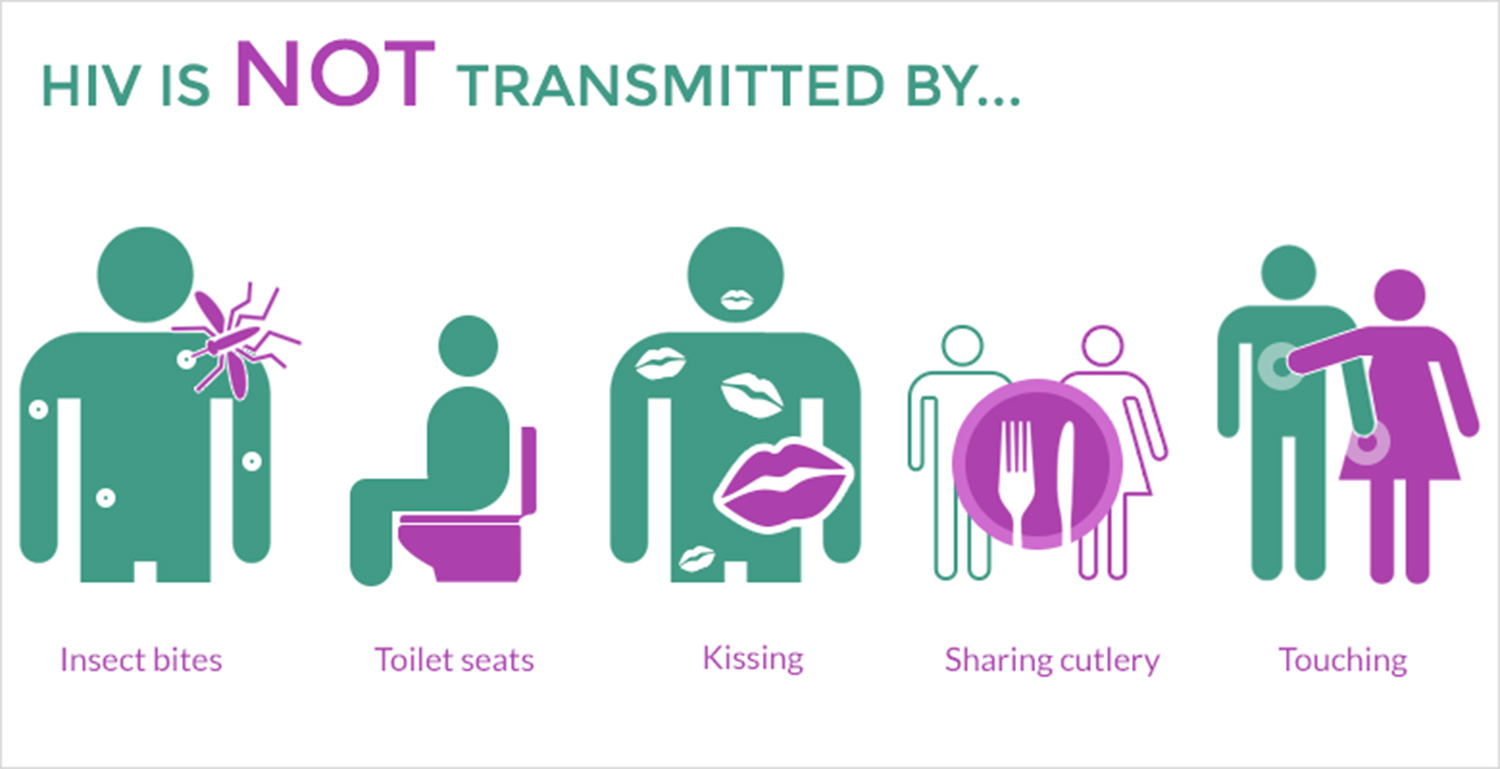 How do you get AIDS and HIV?

It is a fragile virus, which can't survive outside the body for long, and cannot be passed on through sweat or urine.

Nor is it passed on through kissing, spitting, sneezing or coughing.

Medical evidence has shown that a person on effective HIV treatment cannot pass the virus on.

While HIV can be passed on, Aids cannot be transmitted from one person to another.

Undetectable viral load means you can't pass the virus on

Viral load is the amount of HIV in a person's blood.

When a person's viral load falls below a certain threshold, it is classified as undetectable.

When a person's viral load is undetectable they cannot pass the virus on – it's un-transmissible, according to the Terrence Higgins Trust.

Over the past 20 years, major studies have shown this is the case, even if a person has unprotected sex.

The landmark PARTNER 1 study in 2014 looked at more than 58,000 instances of sex without a condom, where one partner was HIV positive and one was HIV negative.

There were zero cases of transmission, where the HIV partner was on effective treatment – their viral load was undetectable.

As a result of these studies, scientists have concluded that the chance of any HIV positive person with an undetectable viral load passing on the virus to a sexual partner is zero. 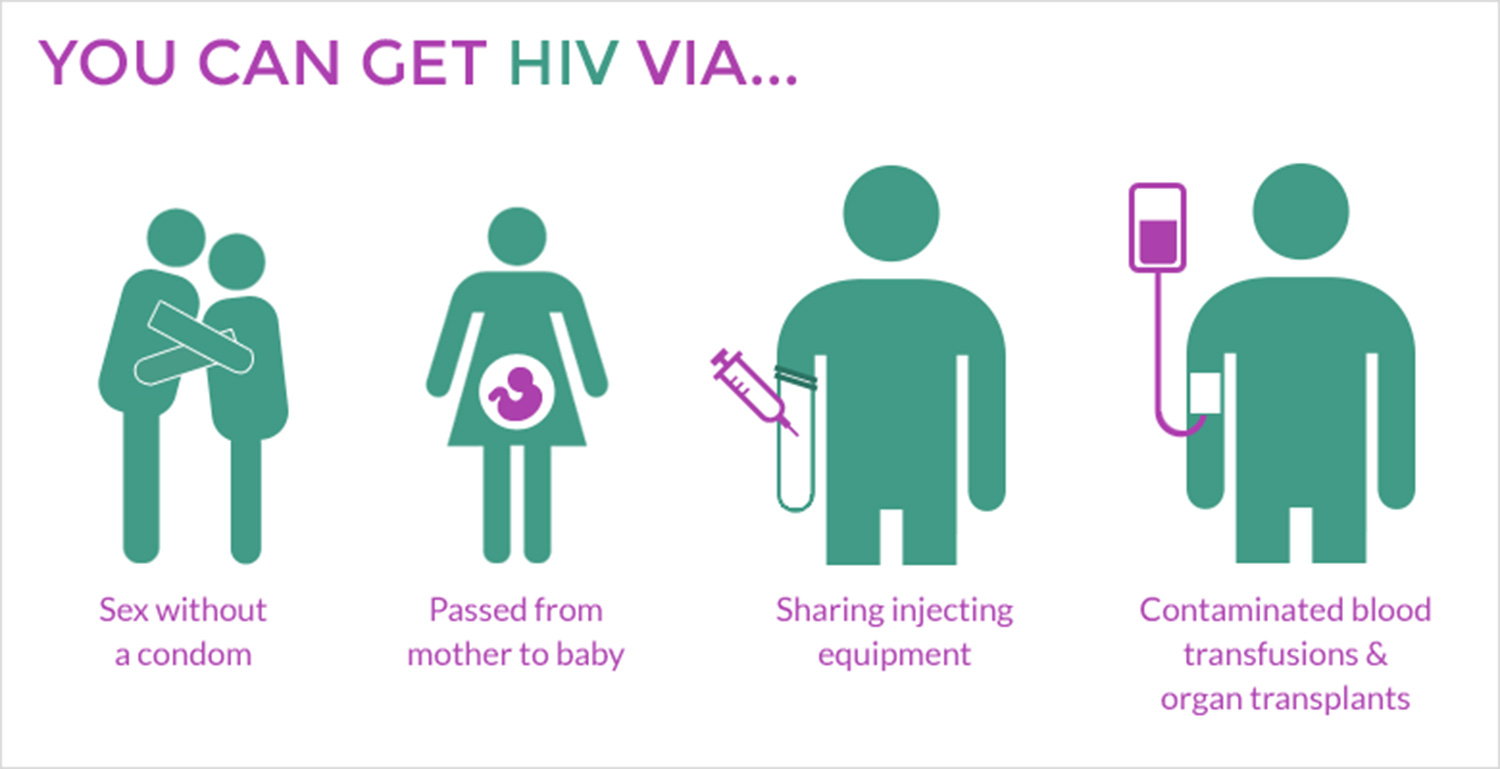 How do you test for AIDS and HIV?

It's quick and easy to get checked for HIV.

Blood tests can be done at a sexual health clinic, an HIV testing centre or with your GP – or you can order a kit online.

No-one will be told the result of your test, unless you give permission – including your employer, family and partners.

Rapid finger tests will give results in 15 minutes, while blood samples at a testing centre will often take a day or week to come back.

The same goes for postal tests, which normally contact you a week later with your result.

Is there a cure for AIDS and HIV?

There is currently no cure, but the effective medicines mean life expectancy for people who have HIV and are taking antiretrovirals is now no different to that of the general population.

In July 2017, doctors revealed that a nine-month-old child in South Africa had been "virtually cured" of HIV after he had been given a burst of treatment after birth.

At the end of last year, researchers said a new "shock and kill" treatment has the ability to destroy even "invisible" levels of the virus.

In July 2019, researchers at Temple University in Philadelphia and the University of Nebraska claimed to have come up with a revolutionary gene-editing tool. 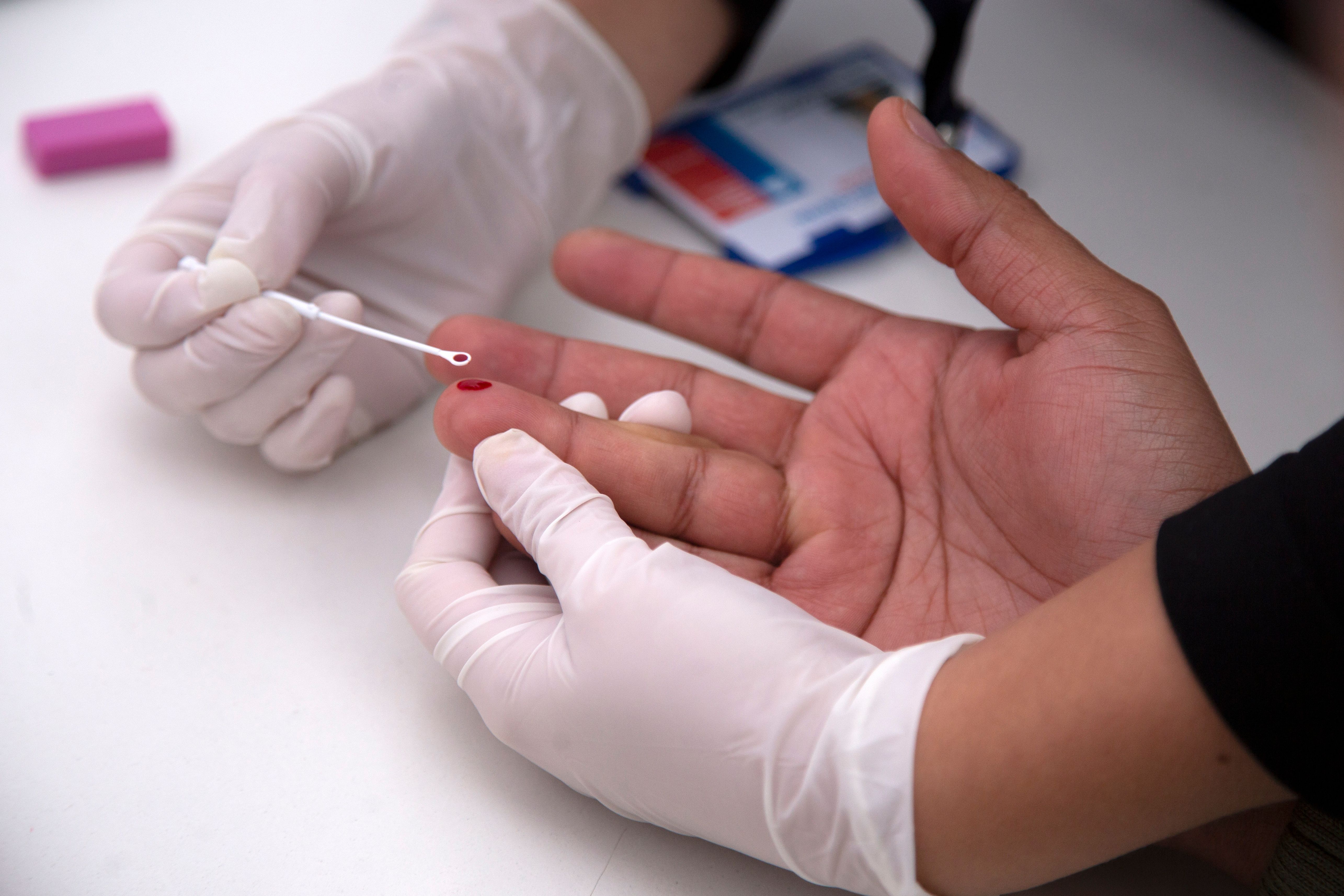 The team injected mice with human bone barrow to mimic the immune system and say they were able to eliminate HIV in nine of the 21 animals.

Each individual sufferer's life expectancy depends on how early they were diagnosed and treated, their gender – and whether they smoke, drink or take drugs.

Antiretroviral treatment reduces a person's viral load to undetectable levels – so they can no longer pass the virus on.

It works by stopping the virus reproducing in the body, and so reduces the level of HIV in a person's blood.

Treatment is often called combination therapy, because people will take three drugs in one oral tablet.

Experts now recommend that everyone diagnosed with HIV starts treatment straight away.

Early diagnosis and treatment means people with HIV can expect to live as long as the rest of the population.

How did AIDS and HIV start?

It is widely believed that HIV crossed from chimpanzees to humans in the 1920s, in the Democratic Republic of Congo.

Data for the number of cases before the 1980s is sporadic but by this time it is thought to have already spread to North and South America, Europe, Africa and Australia.

It is believed the epidemic began in the mid to late 1970s.

If you want more information or need to talk to someone about HIV, contact Terrence Higgins Trust.

Balenciaga Transforms the Track Sneaker Into a Mule

Stomach bloating: The four key signs you might have ovarian cancer
Recent Posts