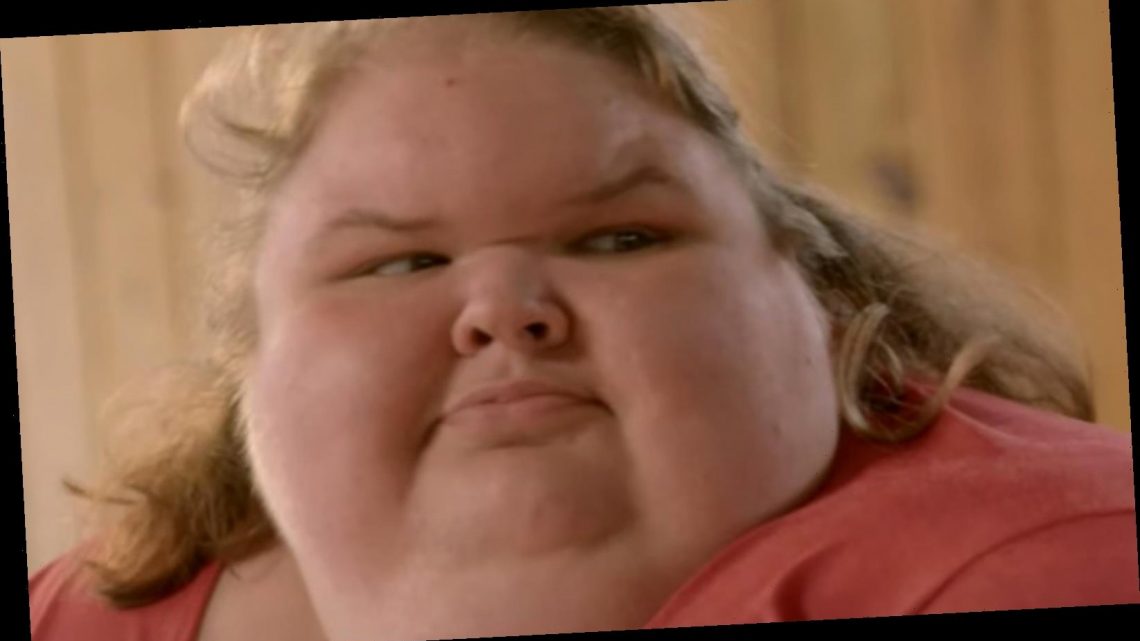 Fans can’t get enough of TLC’s 1000-lb Sisters, and it’s easy to see why: In addition to their relatable journey to weight loss, Tammy and Amy Slaton’s close, loving relationship makes them a pair that’s easy to root for. Formerly stars of My 600-lb Life, the sisters now have their own series focusing on their lives and loves. Storylines in this second season include Amy’s pregnancy with husband Michael (they’re expecting a boy they’ll name Gage), Tammy’s relationship with boyfriend Jerry, and Tammy’s efforts to lose enough weight on her own to qualify for bariatric surgery. Then there’s this week’s bombshell: Tammy has a major confession to make.

In the episode that aired February 15, Amy urges Tammy to “be transparent” with her boyfriend Jerry about an important facet of her personal life. In a restaurant sit-down between the two couples, Tammy nervously tells Jerry, “I got some stuff that we need to talk about.” After getting his reassurance that she can be honest with him, she reveals that she identifies as pansexual. Tammy clarifies: “It means love is love. It means I would date anybody, whether they’re transgender, straight, gay. … It’s about how they make me feel, not how they look.”

Tammy explains in a solo interview that she used to identify as bisexual, until a pansexual friend came out to her. “I asked her kind of what it meant,” she says. “It means you love everybody, not just the same sex.” Healthline clarifies the explanation a bit: Whereas bisexuality implies an attraction to at least more than one gender, a pansexual person could potentially be attracted to anyone of any gender or sexual identity, including genderfluid and agendered individuals. But just as a straight woman isn’t drawn to all men, bisexual and pansexual people have their own individual preferences. They may even be romantically attracted to one gender but prefer another gender sexually.

To Tammy’s relief, everyone accepts the news without question, even if they’re not entirely sure what it involves. Jerry seems a little confused, but promises that his feelings for Tammy haven’t changed. Amy says, “Before I knew what pansexual was, I thought it was people [having] sex with pans.” What’s important to her, though, is her sister’s happiness: “It’s good that Jerry loves her regardless of her sexuality.” But it seems Tammy’s sexual identity may be the least of her worries — Jerry has to go back to his home, and Tammy isn’t sure she can manage daily living without him, much less stick to her weight-loss plan. The episode ends with Tammy’s siblings planning an intervention to stop her from eating her way to total disability.