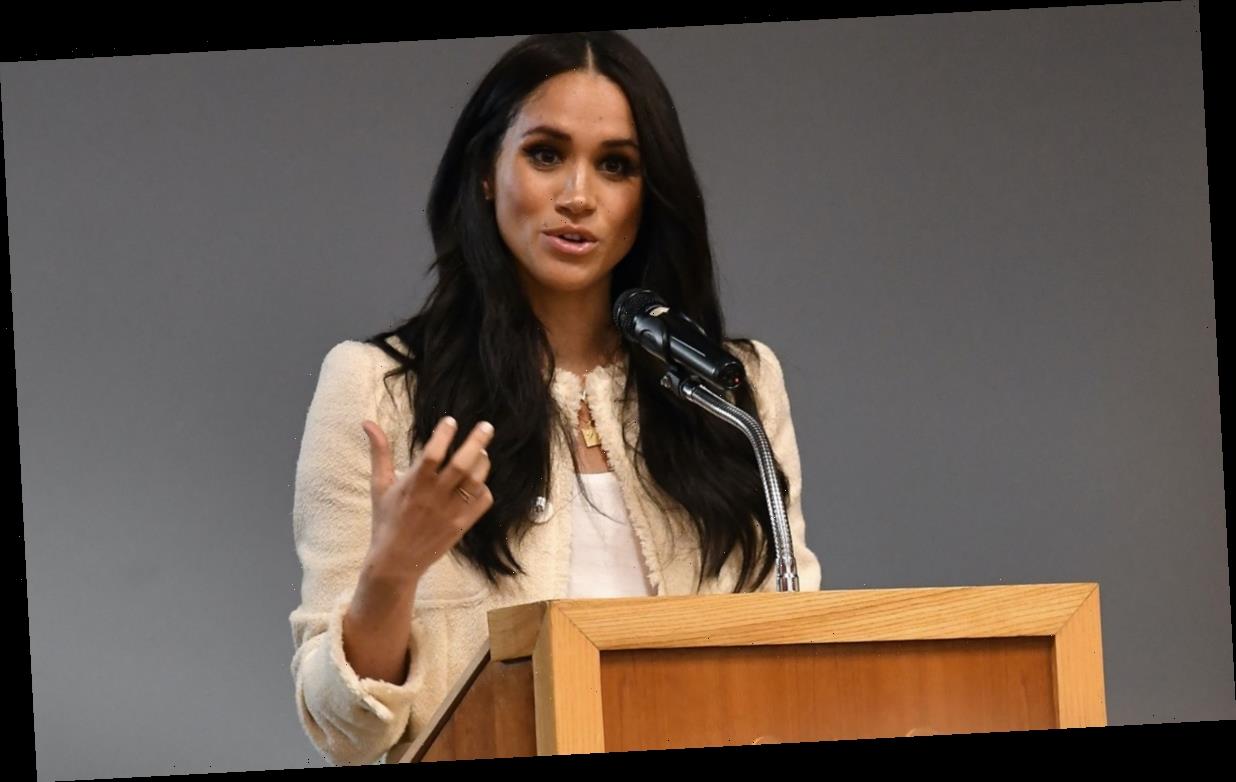 The Duchess of Sussex isn’t afraid to speak out on things that really matter to her and has long been a vocal advocate for women’s issues. From her powerful speech on the importance of gender equality at a UN Women summit in 2015, to delivering a heartfelt speech about women’s suffrage while on a royal tour of New Zealand in 2018. This year, Meghan made a surprise visit to Dagenham school to mark International Women’s Day, and in 2019 she even participated in an International Women’s Day panel discussion hosted by the Queen’s Commonwealth Trust, where she spoke her mind on the importance of empowering women.

To celebrate International Women’s Day, let’s take a look at some of Meghan’s most inspirational quotes.

WATCH: Meghan Markle talks about her start in feminism aged 11

The Duchess of Sussex has called on teenage boys to “value, appreciate and protect” the women in their lives, on a surprise school visit ahead of International Women’s Day. And she urged them to “set the example for some men who are not seeing it that same way”.

MORE: Girl power! The queens and princesses who are proud to call themselves feminists

“Your confidence comes in knowing that a woman by your side, not behind you, is actually something you shouldn’t be threatened about but, opposed to that, you should feel really empowered in having that additional support that this is really about us working together.

“That’s what gender equality means for me and having men part of that conversation saying there’s nothing threatening about a woman coming up to the same level, it’s our safety in numbers, this is our power and our strength as a team.”

“Women need a seat at the table, they need an invitation to be seated there, and in some cases, where this is not available, they need to create their own table. We need a global understanding that we cannot implement change effectively without women’s political participation.”

“You need to know that you’re enough. A mantra that has now ingrained itself so deeply within me that not a day goes by without hearing it chime in my head. That five pounds lost won’t make you happier, that more make-up won’t make you prettier, that the now iconic saying from Jerry Maguire – ‘you complete me’ – frankly, isn’t true. You are complete with or without a partner. You are enough just as you are.”

“Women make up more than half of the world’s population and potential, so it is neither just nor practical for their voices, for our voices, to go unheard at the highest levels of decision-making.”

“I think the biggest part of being a girl boss in the office, at home, or anywhere you go is just knowing your value.”

“When we empower girls hungry for education, we cultivate women who are emboldened to effect change within their communities and globally.”

“Be kind to yourself. Truly, if we treated ourselves as well as we treated our best friends we would be a million miles ahead of the game.”

“Women’s suffrage is about feminism, but feminism is about fairness. Suffrage is not simply about the right to vote but also about what that represents: the basic and fundamental human right of being able to participate in the choices for your future and that of your community, the involvement and voice that allows you to be a part of the very world that you are a part of.