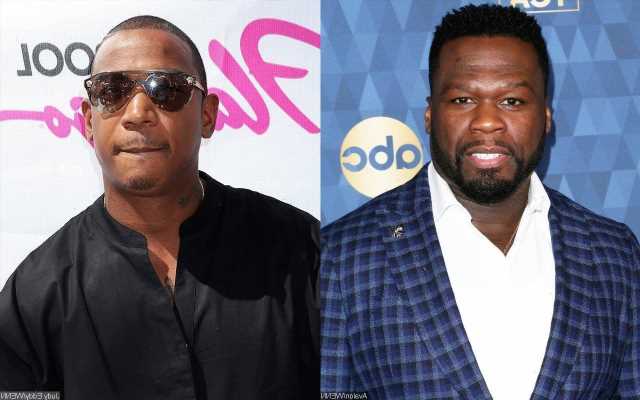 Some of Fiddy’s followers think that the ‘In Da Club’ hitmaker has been mocking the ‘Livin’ It Up’ rapper for too long already and it may be time for him to stop.

AceShowbiz –50 Cent unsurprisingly will become one of the first people to ridicule Ja Rule when bad things happen to him. Not long after news that IRS was suing Ja and his wife Aisha Atkins over $3 million unpaid federal taxes hit the web, the “In Da Club” hitmaker took to his Instagram account to comment on the matter.

On Thursday, April 29, Fiddy posted a screenshot of news headlines about Ja and his wife. “Ja Rule & His Wife Reportedly Sued by IRS For $3M Tax Debt Spanning 12 Years,” read the headlines. Alongside to eye emoji and two laughing emojis, Fofty poked fun at it in the caption, writing, “you gotta pay your taxes fool.”

Some fans were amused by Fiddy’s post as one said in the comment section, “This man so petty but accurate.” Another fan added, “Bro, you won! Kinda messed up you kick someone why they are down.”

Some others, meanwhile, thought Fiddy has been mocking Ja for too long already and it might be time for him to stop. “I wish u leave that man alone,” one person said. Echoing the sentiment, someone else added, “Damn @50cent. Ya’ll got that Methuselah beef. F***in’ dry-aged 20 year s**t!”

Meanwhile, Ja has yet to respond to IRS’ filing and publicly comment on the purported case. However, he has hired an attorney for the legal battle.

This is not the first time for Ja to get involved in tax issues. Back in 2011, the 45-year-old entertainer was sentenced to prison after pleading guilty to tax evasion. Eight years later in 2019, the “Livin’ It Up” rapper was revealed to still owe the IRS $2 million in back taxes.

That time, he was also clowned by 50 Cent, who said, “LOL come on. I know he not that bright but damn.” He has since deleted the post.

Back pain: Expert offers tips and at-home stretches you can do to relieve symptoms