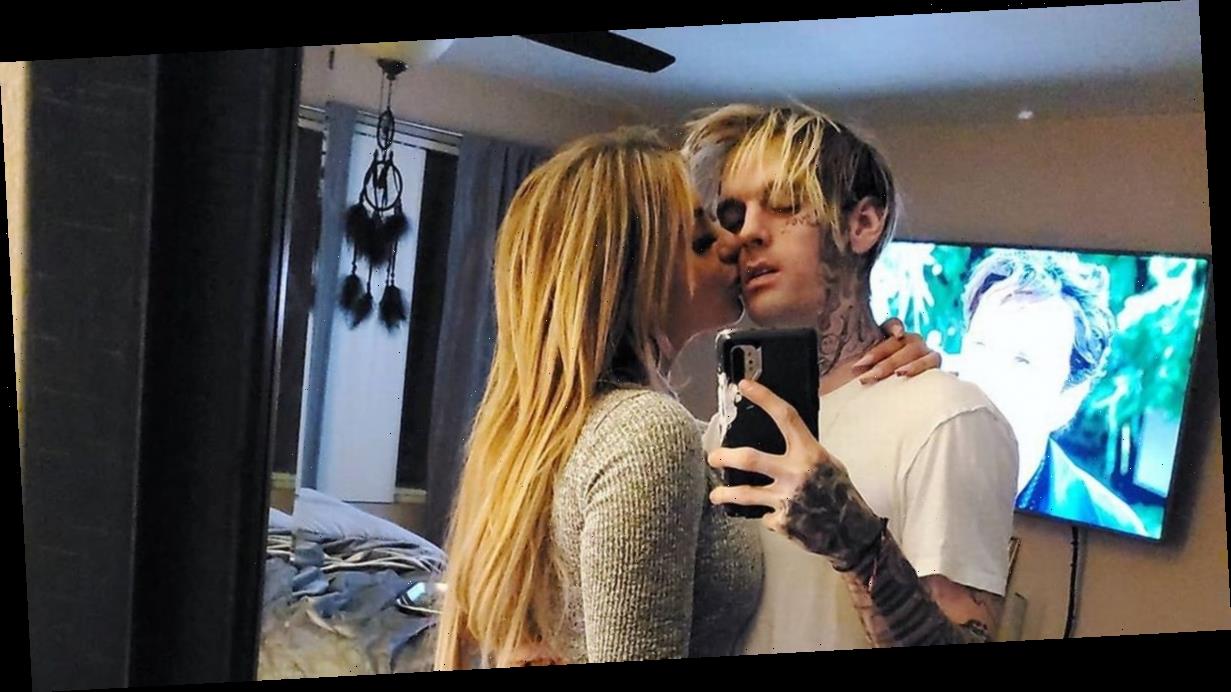 Aaron Carter has proven just how dedicated he is to his girlfriend — by getting a huge tattoo of her name on his face.

The singer, 32, has got 'Melanie' inked just above his right eyebrow in an enormous swirly black font.

After getting his hair dyed over the weekend his hairdresser posted a picture of Aaron flaunting his bleach blonde locks while pouting and holding a flower, but it was his tattoo that stole the show.

The new ink joins one he has of three moon crescents, which sit just to the right of his eye and about an inch below his latest one.

On the other side he has an enormous inking of Medusa that takes up almost the entirety of his left cheek.

Aaron also has the word "love" sprawled across his entire neck and he has two full tattoo sleeves.

His new design comes after the pair were seen looking at engagement rings on Melrose avenue.

The former child star had a turbulent 2019.

A judge granted a restraining order to keep Aaron away from his brother Nick Carter amid allegations he had threatened to kill Nick's pregnant wife.

Aaron was also banned from contacting his twin sister Angel and ordered to hand his guns to authorities following claims he threatened her with violence and showed off his weapons on social media.

TMZ.com reported that Aaron screamed at the judge in court over the ruling.

Nick previously explained the legal wrangling in a statement, saying: "In light of Aaron's increasingly alarming behaviour and his recent confessions that he harbours thoughts and intentions of killing my pregnant wife and unborn child, we were left with no choice but to take every measure possible to protect ourselves and our family."

Kylie Jenner and Travis Scott are ‘officially back together’ months after ending their romance
Gwen Stefani Joins Boyfriend Blake Shelton on Stage at L.A. Concert as Her Sons Have Fun Backstage
Recent Posts