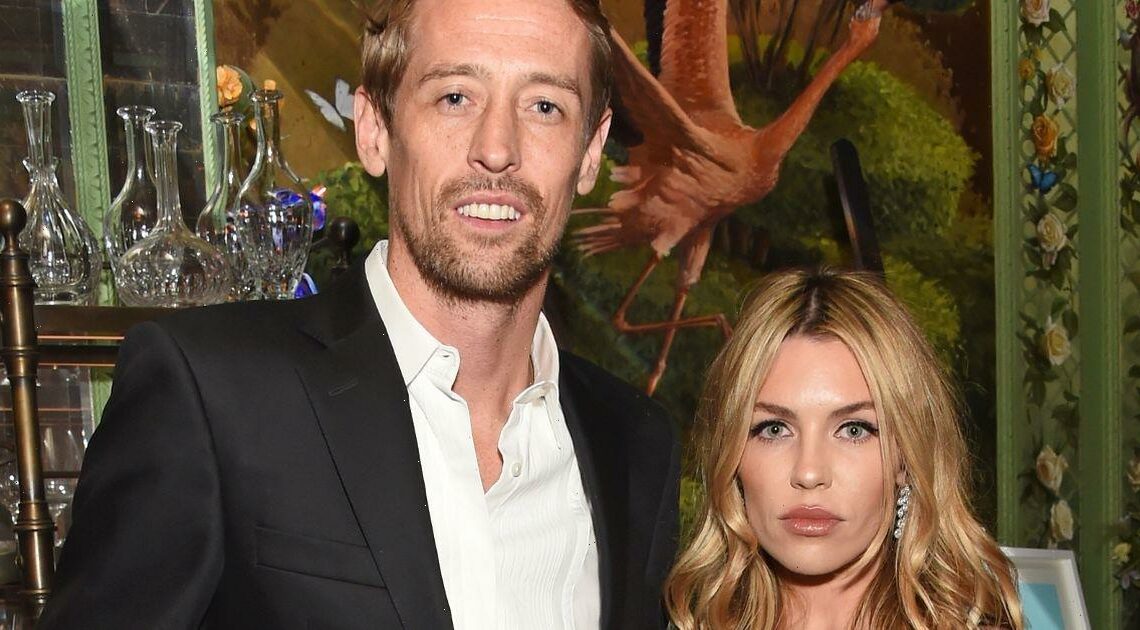 Abbey Clancy has revealed she once punched her husband Peter Crouch after he managed to lose their baby boy Jack.

The 35 year old, who recently shared a peak inside her gorgeous Surrey mansion complete with a swimming pool, opened up on the "terrifying" experience while speaking to Rob Beckett and Josh Widdicombe on their Lockdown Parenting Hell podcast.

Model Abbey, who has been married to the footballer for 10 years, shares daughter Sophia, 10, Liberty, five, Jonny, three and one year old Jack with Peter.

As soon as Abbey joined the pair on the podcast, Rob and Josh reminded her about the time her 40 year old husband came onto the show and was asked about any "parenting mishaps" he had.

They explained that she shouted in the background: "Tell them about the farm!" but he refused to do so.

In light of this, the hosts couldn't help but ask Abbey to reveal the story behind the mysterious farm, to which she happily obliged.

She explained: "So the farm story, it was at an actual farm and I went to the toilet, I was gone for one second. And I came back he was just sitting there. I said, 'Where's the baby?'

"We couldn't find the baby anywhere. I was hysterical. He had escaped out of the contained indoor play area and was a mile down the road with lambs and a lake and everything. It was so scary."

Abbey, who recently recruited her own children to star in a supermarket kidswear campaign, was so afraid of what might've happened to their child that she "battered" her other half.

She continued: "I battered Pete in front of everyone at the farm. "I think I threw a cup of coffee on him. It was a nightmare.

"I am just so worried about anything happening to them and he is far too laid back, so laid back it is a joke."

Abbey went on: "I threw the coffee and I punched him. I don't condone violence at all but it was out of panic. I was terrified…

"He's just too laid back and he forgot the baby bag. That's his favourite thing to do. We drove to another country farm. I should have married a farmer I think…"

"It was two hours away – with a newborn baby and a 12 month old, and he forgot the baby bag, so no milk, no nappies.

"I wanted to kill him," she added.

‘Gone with the Wind’ and ‘The Wizard of Oz’ Are Not Part of the Amazon-MGM Deal. Here’s Why