Home » Celebrities » Adele Very Happy Being in Relationship With Rich Paul: I Just Love Being Around Him 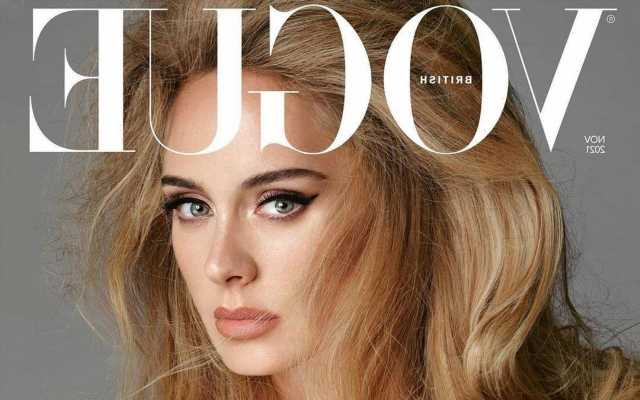 Adele Very Happy Being in Relationship With Rich Paul: I Just Love Being Around Him

In addition to gushing over her new boyfriend, the ‘Someone Like You’ songstress opens up about her separation from ex-husband Simon Konecki in her first interview in five years.

AceShowbiz –Adele is opening up about her relationship with Rich Paul for the first time. In a new interview, the “Rolling in the Deep” songstress gushed over her new boyfriend, noting that she is “very happy” being in a relationship with him.

In a cover story for Vogue magazine’s November issue, the 33-year-old singer opened up about her love life for the first time in five years. “We’re very happy,” she shared about dating the sports agent. “And I didn’t get dragged along to the [basketball game the other night] because that’s his line of work. I was like, ‘We’re going to the game.’ “

“I didn’t mean to go public with it,” Adele further explained. She then gushed over Rich, who is the founder of Klutch Sports Group, whose clients include LeBron James, “I just wanted to go to the game. I just love being around him. I just love it.”

Adele also divulged that she dated other men after her split from Simon Konecki, though unlike Rich, they were bothered by her fame. “I think I get scared about it because it’s very emasculating. Really emasculating. I did date before Rich, but they hated it,” the “Hello” hitmaker recalled.

“They’d find it stressful being out or seen with me, which meant that I guarded all of it beyond. It never evolved because we were never experiencing things together,” Adele explained. She went on complimenting Rich as saying, “[Rich] is not frazzled by it at all. It feels like it’s consistent and considerate enough that I don’t care who knows. He’s great. He’s so f**king funny. He’s so smart, you know.”

Adele then said that “Rich just incredibly arrived.” The “Turning Tables” singer shared that whenever she’s with him, she doesn’t “feel anxious or nervous or frazzled.” She added, “It’s quite the opposite. It’s wild. I’m a 33-year-old divorced mother of a son, who’s actually in charge. The last thing I need is someone who doesn’t know where they’re at, or what they want. I know what I want. And I really know what I don’t want.”

Elsewhere during the in-depth interview, Adele also opened up about her divorce and her fear about how her separation affected her 8-year-old son Angelo. “We got married when I was 30… and then I left. It just wasn’t… It just wasn’t right for me anymore,” she told the magazine.

“I didn’t want to end up like a lot of other people I knew,” Adele stressed. She then argued, “I wasn’t miserable miserable, but I would have been miserable had I not put myself first. But, yeah, nothing bad happened or anything like that.”

Adele went on to note that she decided to go separate ways as she “was just going through the motions and [she] wasn’t happy.” The “Someone Like You” singer then set the record straight, “Neither of us did anything wrong. Neither of us hurt each other or anything like that. It was just: I want my son to see me really love, and be loved. It’s really important to me. I’ve been on my journey to find my true happiness ever since.”

Adele also said that she and Simon kept their split quiet “for a very long time” because of their son. “My son has had a lot of questions. Really good questions, really innocent questions, that I just don’t have an answer for,” she acknowledged.

“I just felt like I wanted to explain to him when he’s in his twenties or thirties, who I am and why I voluntarily chose to dismantle his entire life in the pursuit of my own happiness,” Adele further explained. “It made him really unhappy sometimes. And that’s a real wound for me that I don’t know if I’ll ever be able to heal.”