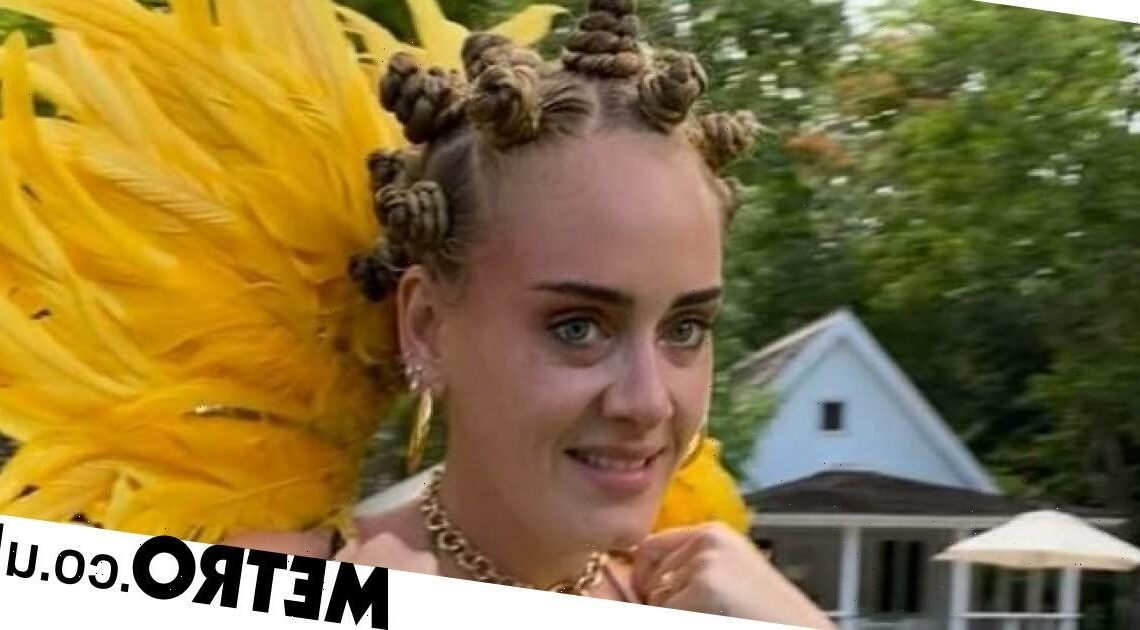 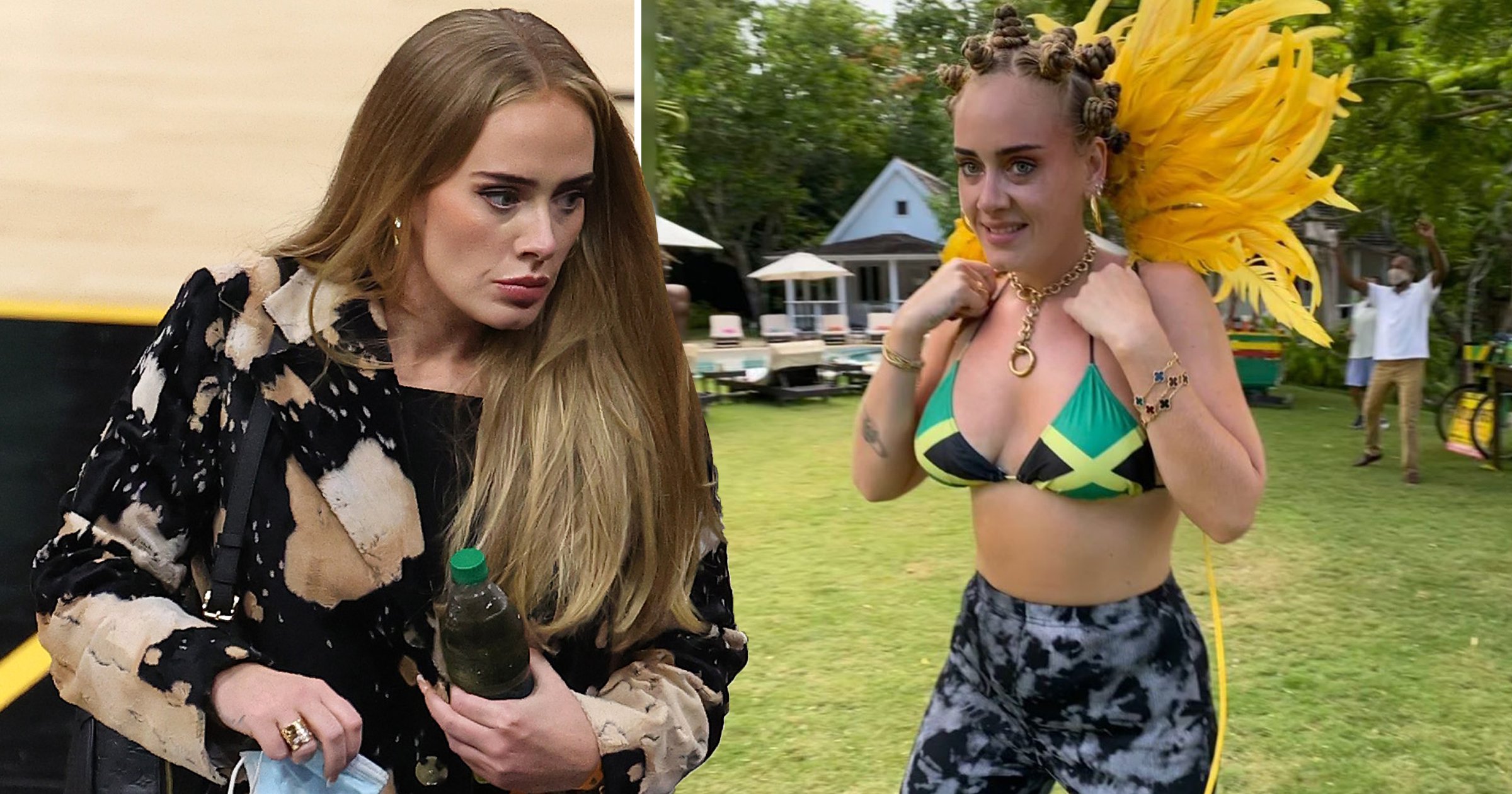 One thing about Adele is, no matter how big of a superstar she becomes, she’ll always say it how it is, and with her chest, too.

It’s one of the many admirable qualities about her. So when, in her recent interview with Vogue, she admitted to not ‘reading the f*****g room’ when she culturally appropriated Black people, I couldn’t help but respect her ownership of the mistake.

Adele’s expansive feature with the magazine is exactly the level of honesty, vulnerability and humour you hope for from a global artist who pretty much hasn’t spoken in six years. There was no sugar-coating the truth about her divorce, no downplaying the effect it had on her son and no playing dodgeball with how and why she lost weight.

One of the standout lines from the interview was Adele addressing the cultural appropriation controversy for the first time and, more to the point, recognising where she went wrong.

It almost feels weird to talk about an ‘Adele controversy’ because, for the most part, she’s barely put a foot wrong since her debut in 2007.

However last year, she proved to be human after all – despite her near untouchable pedestal as one of the most successful artists of the century – when she found herself in the middle of a race debate.

While on holiday in Jamaica, and thousands of miles away from Notting Hill Carnival in her hometown of London, Adele shared a photo of herself wearing a Jamaican flag bikini with her hair in Bantu knots to celebrate the culture.

Looking back on it, she told the fashion bible: ‘I could see comments being like, “the nerve to not take it down”, which I totally get. But if I take it down, it’s me acting like it never happened. And it did.

‘I totally get why people felt like it was appropriating.

‘If you don’t go dressed to celebrate the Jamaican culture – and in so many ways we’re so entwined in that part of London – then it’s a little bit like, “What you coming for, then?”’

In true Adele humour, she added: ‘I didn’t read the f***ing room. I was wearing a hairstyle that is actually to protect Afro hair. Ruined mine, obviously.’

There was clearly no malice behind it or ill intentions – but it was tone-deaf, particularly for the time.

By August 2020, when the photo was shared to Instagram, London and many parts of the western world had just witnessed Black Lives Matter protests following the murder of George Floyd in America. Tensions had reached boiling point regarding race relations and conversations about racism were being had publicly like never before.

So if there was ever a ‘right’ time for Adele to post that photo, last summer certainly wasn’t it.

I remember at the time there were mixed feelings about her homage to Jamaica; some were offended by her wearing Bantu knots, a hairstyle traditionally worn by the African-Caribbean community, but others were indifferent, not seeing the issue in her celebrating the culture.

Alexandra Burke and Popcaan, who are both Jamaican, actually supported and endorsed her outfit.

For me personally, I fell somewhere in the middle of the two. It was frustrating to see a non-Black person so freely wear a traditional hairstyle for which many Black people have been prejudiced against. A hairstyle which, like braids or our natural Afro hair, would have us sent home from many a school or workplace for being ‘inappropriate’ for the environment.

Sometimes when a non-Black person wears it, it can feel like our culture is reduced to fancy dress and only accepted when not worn seriously.

However, it’s important to also recognise the intent behind it. Adele wanted to celebrate the culture which she had grown up surrounded by in London, whereas others have actively appropriated it as their everyday persona.

However, it’s important to also recognise the intent behind it. Adele wanted to celebrate the culture which she had grown up surrounded by in London, whereas others have been accused of actively appropriating it as their everyday persona.

For example, Bhad Bhabie, known as the Catch Me Outside girl, is constantly accused of blackfishing due to her tanned skin and box braids, despite being white.

Over the weekend, the cultural appropriation conversation raged on after the release of Jesy Nelson’s Boyz music video, in which she was also accused of blackfishing with her skin tone a similar shade to Nicki Minaj.

Jesy released a statement denying she was trying to make herself racially ambiguous, while Bhad Bhabie has been unapologetic about wearing braids, insisting earlier this year that she is ‘appreciating’ rather than ‘appropriating’.

Regardless, it’s not for a non-Black person to determine what cultural appropriation is to another community.

This is why Adele’s apology is exactly how to own it when you haven’t read the room.

She didn’t make the situation about her or want to erase the photo from the internet like it never happened. Instead, Adele tackled the elephant in the room and made it clear that she’s learnt from her misstep.

What she did was actually very simple – she listened to the Black community. Nobody’s perfect but if you listen, learn and strive to improve, that’s better than doing nothing.

'The Bold and the Beautiful' Speculation: Eric and Katie Heading for Romance