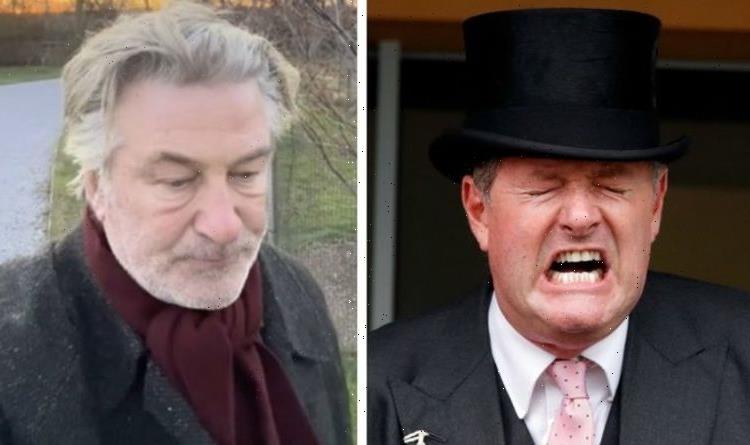 Alec Baldwin thanks fans for support in Christmas message

Piers Morgan, who is known for not holding back when it comes to controversial topics, posted a link to Alec Baldwin thanking supporters for their encouragement while he was “trying to get through a tough time”. The 63-year-old had posted a happy Christmas message on Instagram, in which he thanked those who had helped boost his morale – and the contents seemed to have left the ex Good Morning Britain host seething.

It’s true, I only care about my wife and my kids and moving forward with my life and trying to get through a tough time

In October, 42-year-old Halyna Hutchins, who leaves behind a young son, was fatally shot after a prop gun believed not to contain any live bullets accidentally fired on the set of Rust.

“I’m looking forward to some aspects of this being behind me, of course,” Alec stated. “[Although] for everyone who is involved in this, it’ll never be behind us because someone died so tragically.”

A little later in his video message, he stated: “It’s true, I only care about my wife and my kids and moving forward with my life and trying to get through a tough time, a really tough time.”

However, while Alec enjoys Christmas with his 37-year-old wife Hilaria and six children in the Hamptons, Halyna’s husband, child and parents will be mourning her death.

With this in mind, just hours before Christmas Day, an infuriated Piers took to Twitter to let rip.

“Is there no limit to this guy’s self-pity tour?” the 56-year-old critic questioned in view of his 7.9 million followers.

“He killed a young woman, yet goes on like HE’S the real victim.”

Blood poured from the cinematographer’s chest as she slumped to the ground, while director Joel Souza, who had been standing behind her, also suffered an injury as the bullet then sliced through his shoulder.

Alec, who has been visibly emotional and tearful during conversations about the gun, adamantly maintains that he never pulled the trigger.

Yet earlier this week police swooped in to confiscate and search his mobile phone in the hope it could help with their investigations.

Halyna’s father has also laid partial blame on Alec for the incident.

In an interview with ABC News, however, Alec shifted the focus onto other staff, stating: “The actor’s responsibility is to do what the prop armourer tells them to do.”

He added that he had “trusted” the staff member who handed him the weapon and did not personally witness any safety issues on set.

However, some of the team on the production perceived a different version of events, describing chaos and safety concerns which arose even prior to the shooting.

One camera assistant, Lane Luper, told the LA Times: “It always felt like the budget was more important than crew members.”

Six members of staff are reported to have been about to resign from the film in disputes over working conditions and safety before the fatal gunshot, with reports circulating that on occasions, food ran out, leaving some of the team to go hungry.

ErgasMichelle replied to Piers’ angry tweet with words of Christmas-time forgiveness, stating: “I feel for Alec – it is a very “tough” situation. Personally I don’t believe for a second he intentionally meant to kill anyone.”

However ChristineSullis contradicted: “He wants to shut his mouth – my sympathies go to the husband and son of the actual victim.

“He can have his say in a courtroom.”