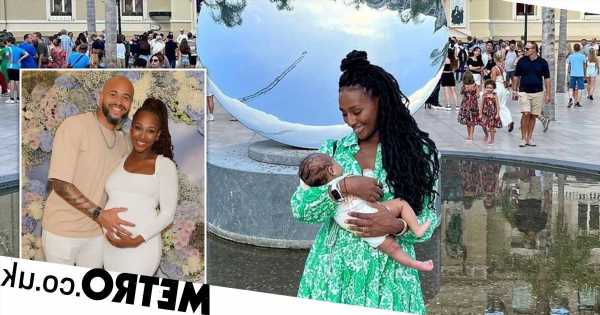 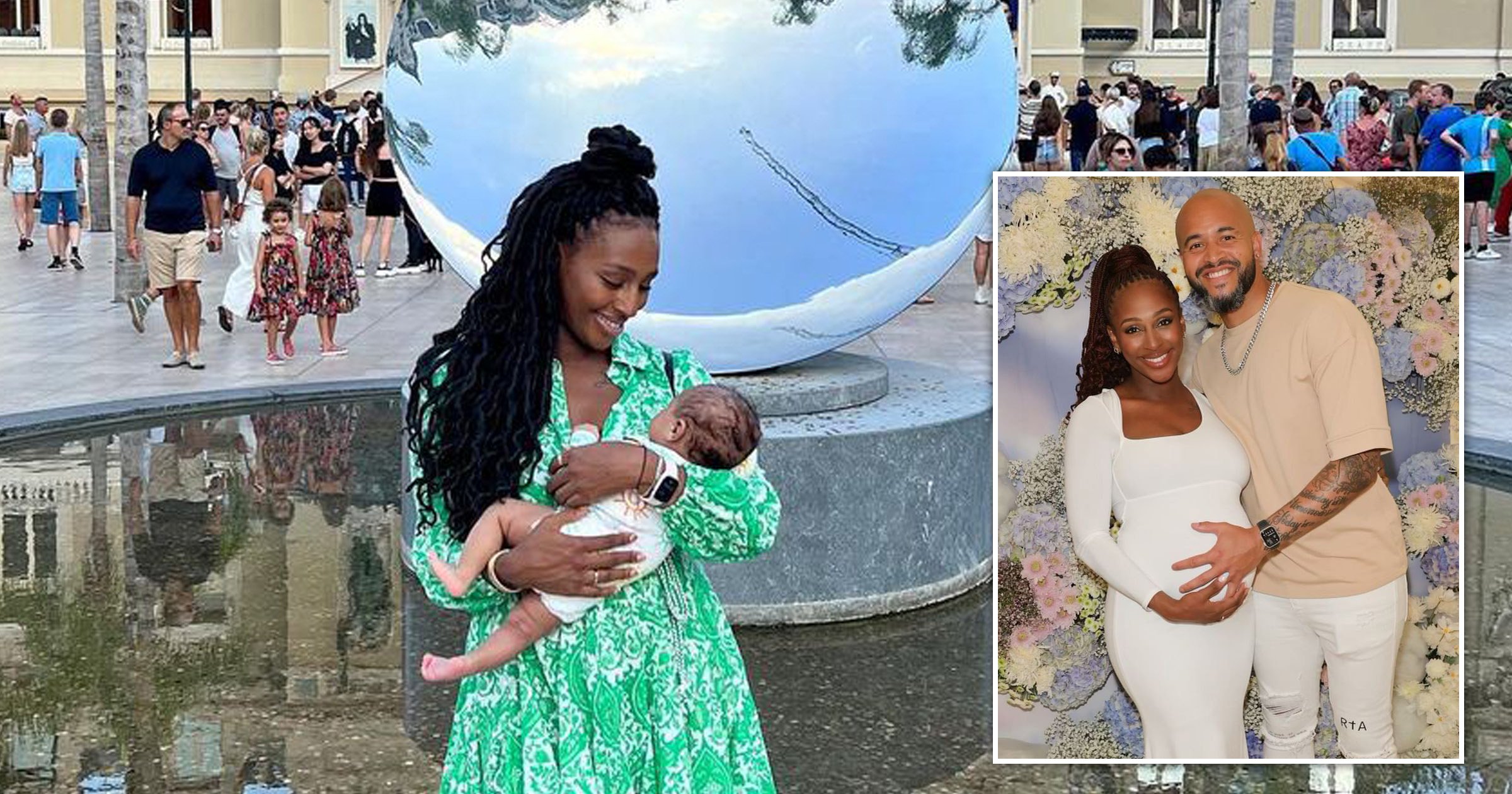 Alexandra Burke has given fans a glimpse at her baby daughter as she marked her 34th birthday in Monte-Carlo.

The singer wore a green dress as she posed in front of a water feature in Monaco, cradling and gazing lovingly at her little girl.

She told her followers: ‘This is 34. Thank you for all the lovely messages today.’

Alexandra welcomed her baby daughter with her boyfriend, West Ham’s Darren Randolph, in July but hadn’t yet shown off her little bundle of joy to fans.

She had announced the news of her baby’s birth with a photo of her tiny feet on Instagram, telling her fans: ‘Welcome to the world our little grape. We already love you more than words can say.’

Alexandra and Darren, 35, announced that they were expecting a baby in February after less than a year of dating.

They had shared a short video showing them walking their multiple dogs in a park, holding hands and taking selfies together, before Darren bent down and kissed Alexandra’s baby bump and the pair shared a sweet kiss.

Alexandra is also yet to reveal her baby’s name after admitting she struggled to come up with the perfect moniker after her child was born.

She told Hello! magazine: ‘We are still deciding on a name, but we’ve got a few floating around.

‘Ever since I fell pregnant, we’ve affectionately called the baby “Grape”. I think some people may have thought that was their name!’

It is believed Alexandra and Darren have been dating since at least May 2021, as the singer appeared to confirm their romance by sharing a cute selfie of them heading for dinner at Japanese restaurant Roka, which Darren dubbed: ‘London date night.’

The couple finally went public with their romance at the Dune premiere in London last October, walking the red carpet together.

Represent’s FW22 Collection Is a Bit of Everything
Recent Posts