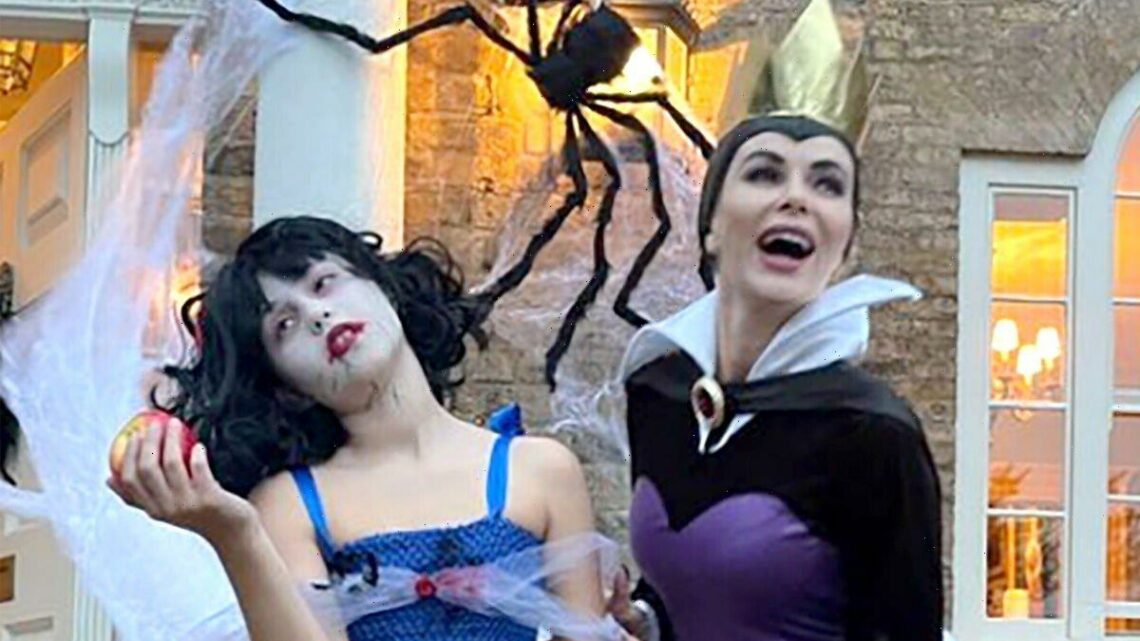 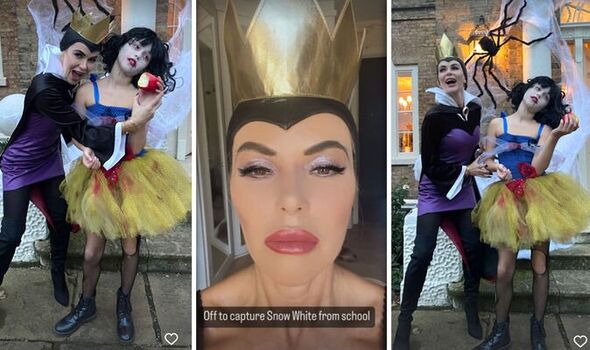 Amanda Holden, 51, looked worlds away from her usually glam persona as she cut a spooky silhouette this Halloween. Today, the star took to Instagram to unveil her impressive Evil Queen costume in view of her 1.8 million followers.

Amanda proved she wasn’t afraid to go all-out when it came to Halloween dress-up, transforming herself into the Evil Queen from the classic Disney film, Snow White and the Seven Dwarfs.

“Off to capture Snow White from school,” the Britain’s Got Talent star penned as she showed off her glossy makeup and arched brows up-close.

The musical theatre actress then shared a couple of snaps in her full outfit, which consisted of a golden crown, a white cape, a black and purple dress and some high-heeled boots.

Amanda posed next to her younger daughter Hollie, 10, who was dressed as a snow white and holding her “poisoned” apple outside their spooktacularly decorated home.

Amanda Holden, 51, dressed as one of Disney’s greatest villains for Halloween

The star transformed herself into the iconic Evil Queen from the 1938 movie Snow White and the Seven Dwarfs.

The Britain’s Got Talent judge could be seen holding the famous “poisoned” apple that the Evil Queen gives Snow White high above her head.

The Thoroughly Modern Millie actress looked totally different as she tucked her hair underneath a black cap and opted for a glossy eye and lipstick look. She finished off the bold makeup with some dramatically arched brows and winged eyeliner.

Amanda Holden was joined by daughter Hollie, 10, as they posed outside their home

The star wore a golden crown, a black and purple dress and some heeled boots, while her daughter emulated Snow White in a blue top with a yellow tutu, ripped tights and some pale face makeup.

This morning, The Heart Radio presenter wowed her fans as she modelled a stunning blue two-piece from Michael Kors.

The fashionable star told her followers: “Good morning, happy Monday, happy Halloween.” Explaining why she loved her outfit so much, Amanda finished off by strutting her stuff in the office and quipping: “Work it, baby!”

LOLz! Pete Davidson Is The Favorite As Gamblers Bet On Who Gisele Bündchen Will Date Next!