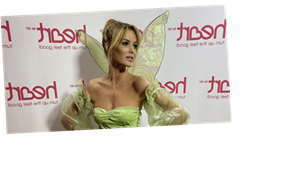 The Britain's Got Talent judge took to her Instagram feed to share a photo of herself dressed up in a lime green costume ahead of her scheduled time on the Heart Breakfast Show.

In the snap, the 49 year old can be seen wearing a corset strapless dress with chiffon frills at the bottom and matching sleeves. Amanda, who recently slammed ITV over Caroline Flack's death, also donned a pair of green fairy wings while her hair was up in a bun as loose strands framed her face. She completed the ensemble with a pair of silver high heels.

Sharing the stunning snap with her 1.3 million followers, she captioned it: "It’s a #Tinkerbell kinda day #worldbookday". [sic]

Her celebrity friends were impressed by the amount of effort she put into the look as 44 year old TV presenter Jenni Falconer commented: "Love this!" alongside a red heart emoji.

Amanda, who shares daughters Alexa, 14, and Hollie, 8, with husband Chris Hughes, later shared a video of herself running through the office in slow motion.

The radio host prances before twirling around and running out of the shot. She captioned the short clip: "When you wish upon a star .. try not to crash into a wall #tinkerbell #worldbookday". [sic] 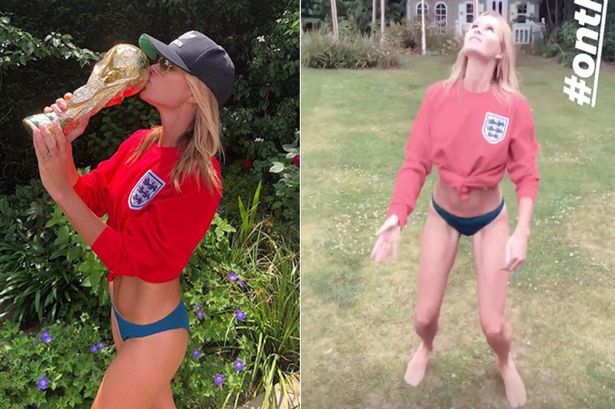 Amanda's fans were equally impressed by the stunning outfit as one person wrote: "You make a beautiful Tinker bell Amanda".

Another said: "You look absolutely amazing Amanda sweetheart," followed by four fire emojis, while a third added: "Tinker bell the most beautiful person ever has arrived." [sic]

Amanda, who recently reportedly upset Holly Willoughby after making a dig at Phillip Schofield, wasn't the only one to dress up for World Book Day at the studio though as her co-host Jamie Theakston arrived as Captain Hook.

The 49 year old posed alongside the blonde-beauty in a shot as he wore a long yellow shirt with vines embellished on it with a maroon-coloured jacket on top.

He donned a long curly black wig with an eye patch as he held up his little hook hand for the camera.

How Will Coronavirus Affect Travel in the U.S. and Abroad? Here's What Major Airlines are Doing
Kristen Bell's Most Honest Quotes on Motherhood, Marriage and Mental Health
Recent Posts