Home » Celebrities » Amy Duggar Was FORBIDDEN from Doing Dancing With The Stars by Jim Bob Duggar: Why? 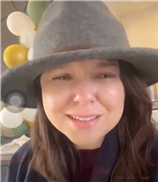 Amy Duggar Was FORBIDDEN from Doing Dancing With The Stars by Jim Bob Duggar: Why?

Despite Amy Duggar’s compassion for her relatives, she is on the outs with much of the Duggar clan.

There is still a lot that Amy cannot say about Jim Bob, due to an infamous NDA that restricts her speech.

But a new report has revealed that Amy was at one point invited to Dancing with the Stars … but Jim Bob interfered.

The Sun reports that Amy Duggar could have had a standalone reality dance competition gig.

“She was offered to go on Dancing with the Stars,” an insider shared.

“But,” the source continued, “Jim Bob would not let her do it.”

According to the report, this was not the only incident when Jim Bob gig-blocked his niece.

“She’s had many opportunities for shows,” the insider added.

The fact that Amy has not appeared on these shows seems to indicate that Jim Bob was still, perhaps even to this day, is holding her back.

There is also a chance that Amy could take an appearance now if it were offered, but has not been invited due to Josh Duggar’s scandal.

Seven years ago, the world learned that he is a sexual predator.

Now, he has been convicted and sentenced for CSAM, but even Amy’s strong Josh-critical stance might not be enough to remove the Duggar stigma for most audiences.

Why would Jim Bob prevent Amy from taking an offer like that?

On the surface, you would think that it’s perfect for his sinister agenda to promote the Duggar brand and a sanitized version of their extreme lifestyle.

But it’s that very lifestyle that would make him interfere with Amy dancing, with or without stars, in the first place.

It may sound like a joke to most of us, but the Duggar cult does not believe in dancing, or in listening to “worldly music.”

The plot of Footloose was not conjured up out of nowhere. Long before the Duggar cult arose, this was actually more common in small town America.

(Anyone else have a grandparent tell you about sneaking out to go dancing as a teen in the 1940s?)

So not only would doing the show have meant Amy doing the devil’s leg-movements, but she would not have been dancing alone.

Dancing is done with a dance partner on these shows, and while the relationship is professional, it violates the extreme rules of the Duggar cult’s fundamentalist beliefs.

A lot of dancing involves front-hugging, bare arms, bare legs, and moving one’s hips. Anathema to the way that women are required to present themselves in the Duggar household.

Jim Bob may have had another, more pragmatic concern: financial independence.

For years, he has been known to use his wealth (including the money pocketed from years of reality television, with checks paid to him and not to his family) to control his adult children.

Amy was already “too” normal for the Duggar brand as it is. Giving her financial independence from television appearances could put her in a position to lift her cousins out of his grasp. He can’t have that.

How to live longer: Your breathing pattern may predict how long you live finds study
Recent Posts