Home » Celebrities » Amy Roloff Shows Off Flowers for Her Wedding: “I'm So Excited!” 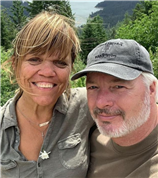 Amy Roloff Shows Off Flowers for Her Wedding: “I'm So Excited!”

Amy Roloff has given social media followers an early look at her upcoming wedding.

At least one small part of her wedding, that is.

On Tuesday, the Little People, Big World star visited the Dahlia Festival in Canby, Oregon, to grab something pretty important for her August 28 nuptials to Chris Marek.

“I’m so excited because I have bunches of flowers for my wedding,” Amy said in an Instagram Story video.

“And they’re big and bold and beautiful.”

In the footage, Amy pans over to share a glimpse at some of the vibrantly colored flowers, adding that she had “a blast” during her trip.

“I’m just so excited,” Amy concluded. “It’s for my wedding.”

Roloff and Marek got engaged in September 2019, with the latter proposing to the former on the occasions of both her birthday and their three-year dating anniversary.

“I never in a million years thought I’d be getting married again, but I also hoped for it! Now that it’s happening, I couldn’t be happier or more excited.”

The couple had hoped to wed 2020, but a certain global pandemic got in the way.

Earlier this year, Amy confirmed her wedding date and also surprised some folks by stating she’ll be exchanging vows on Roloff Farms.

The property is owned entirely by her ex-husband, Matt Roloff, who is NOT invited to the wedding — but who is helping with preparations for it nonetheless.

“Racing at full speed to get the new building finished before the Big day, @amyjroloff and Chris’ wedding day,” Matt wrote as a caption several days ago to a snapshot of a building going up.

“COVID came into play because I think a lot of people either changed or canceled and moved whatever was going on in 2020 to 2021,” Amy said on an episode of her family’s reality when when explaining the farm locale.

“So other places just kind of eroded away and plan B became plan A.”

Amy added that it “was hard” for the her to consider starting her future with Marek on property owned by her past spouse.

But she also acknowledged on air that “the farm has beautiful scenery and we just don’t know what’s going to happen with COVID, so it’s easier to have it there.”

Meanwhile, despite not being invited to Amy’s wedding, Matt has continued to keep fans apprised of the state of the venue.

“The farm is ready. Never looking so good. Bring it on. Hard work pays off. Enjoying this beautiful place,” he recently wrote on Instagram.

You better believe The Hollywood Gossip will cover Roloff and Marek’s wedding in depth, so bookout this website today and return to it later for all the photos, quotes and updates you can handle.

Inside Harry And Meghan’s Private Calls With William And Kate