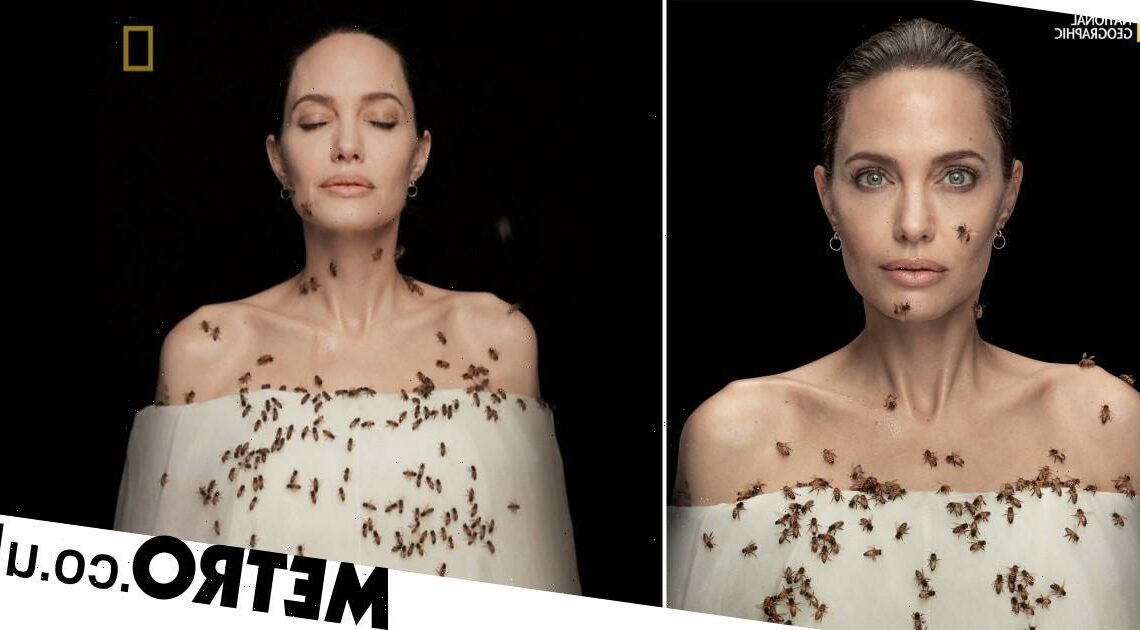 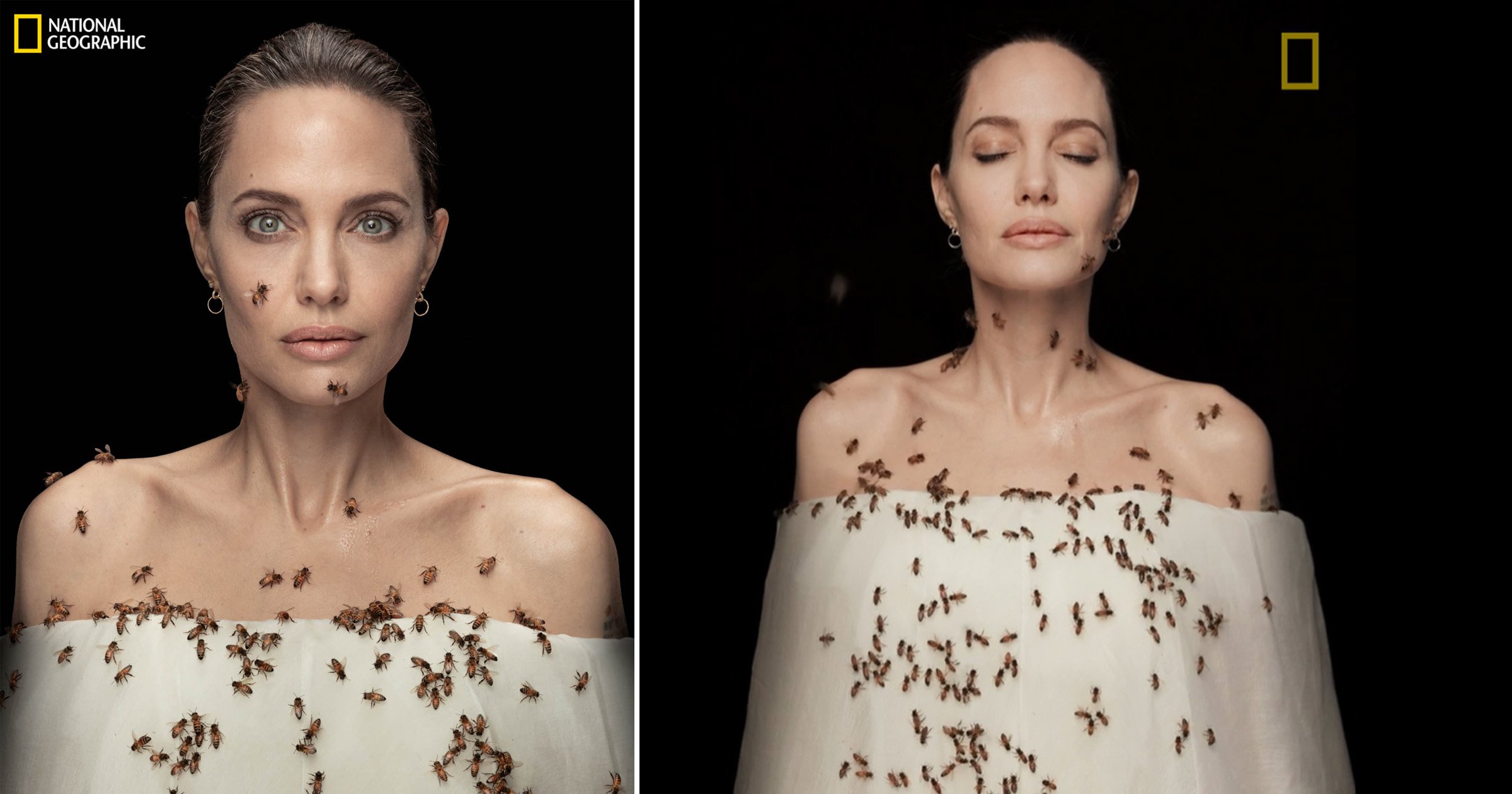 Angelina Jolie has taken part in one of her most dramatic photoshoots to date, getting covered in live bees to raise awareness for protecting the species.

The actress, 45, teamed up with National Geographic for World Bee Day, allowing hundreds of bees to crawl over her bandeau top and bare shoulders and decolletage.

Alongside the pictures taken by photographer Dan Winters, Angeline revealed why she decided to do the unusual shoot.

She told National Geographic in an exclusive interview that we all need to help protect the bees: ‘With so much we are worried about around the world and so many people feeling overwhelmed with bad news and the reality of what is collapsing, this is one that we can manage. We can certainly all step in and do our part.

Angelina also revealed the process behind getting the incredible shots for the campaign involved not showering for days in advance.

She explained: ‘It was so funny to be in hair and makeup and wiping yourself with pheromone. We couldn’t shower for three days before.

‘Because they told me, “If you have all these different scents, shampoos and perfumes and things, the bee doesn’t know what you are.” Then you put a few things up your nose and in your ears so you don’t give them as many holes to climb in.’

She added: ‘I did have one that got under my dress the entire time. It was like one of those old comedies.

‘I kept feeling it on my knee, on my leg, and then I thought, “Oh, this is the worst place to get stung. It’s getting really close.” It stayed there the entire time we were doing the shoot. And then when I got all the other bees off, I lifted the skirt and he went away.’

Jeff Lewis of 'Flipping Out' Gets New Show: What We Know So Far