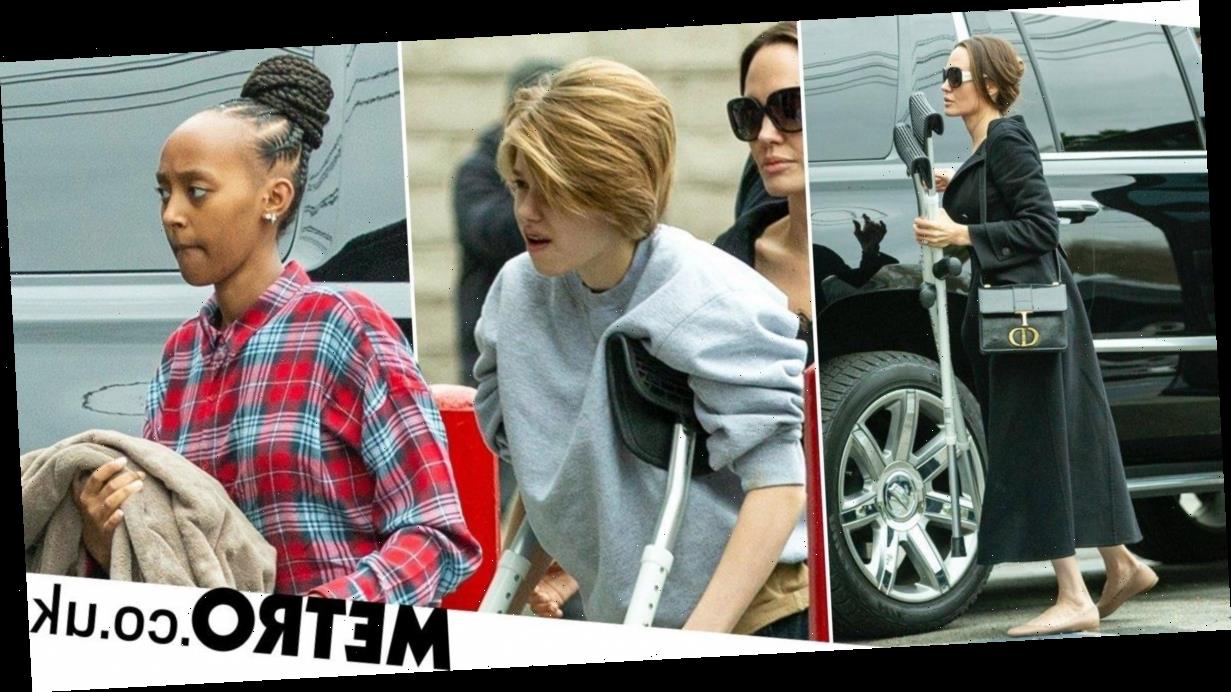 Angelina Jolie has been spotted giving her daughters Zahara and Shiloh a helping hand as both of them recover from surgeries.

The three of them enjoyed some quality mother-daughter bonding time as they headed out to the movies, with the two teenagers being photographed for the first time in several months.

Shiloh, 13, was seen using crutches as she stepped out of the car, while Zahara, 15, walked unaided, with the pair followed by their mum.

In another snap, ever-supportive mum Angelina, who recently treated her kids to a swanky day out at the theatre, can be seen carrying the crutches as the trio head to the cinema.

The Maleficent actress recently revealed her two daughters had undergone surgery, in an essay written for Time to mark International Women’s Day.

While Angelina revealed that Zahara has had a medical procedure, she only mentioned that one of her youngest daughters had hip surgery without specifying which child she was referring to.

However, the pictures suggest Shiloh is the unidentified child as opposed to Vivienne, 11.

In the essay, Angelina explained: ‘I have spent the last two months in and out of surgeries with my eldest daughter and days ago watched her younger sister go under the knife for a hip surgery.

‘They know that I am writing this, because I respect their privacy and we discussed it together and they encouraged me to write.’

The 44-year-old actress continued: ‘They understand that going through medical challenges and fighting to survive and heal is something to be proud of.

‘I have watched my daughters care for one another. My youngest daughter studied the nurses with her sister, and then assisted the next time.

‘I saw how all my girls so easily stopped everything and put each other first, and felt the joy of being of service to those they love.

‘I also watched them face their fears with a resolute bravery.’

Angelina is also mum to sons Maddox, 18, Pax, 16, and Knox, 11, who she described as being ‘supportive and sweet’ towards their sisters.