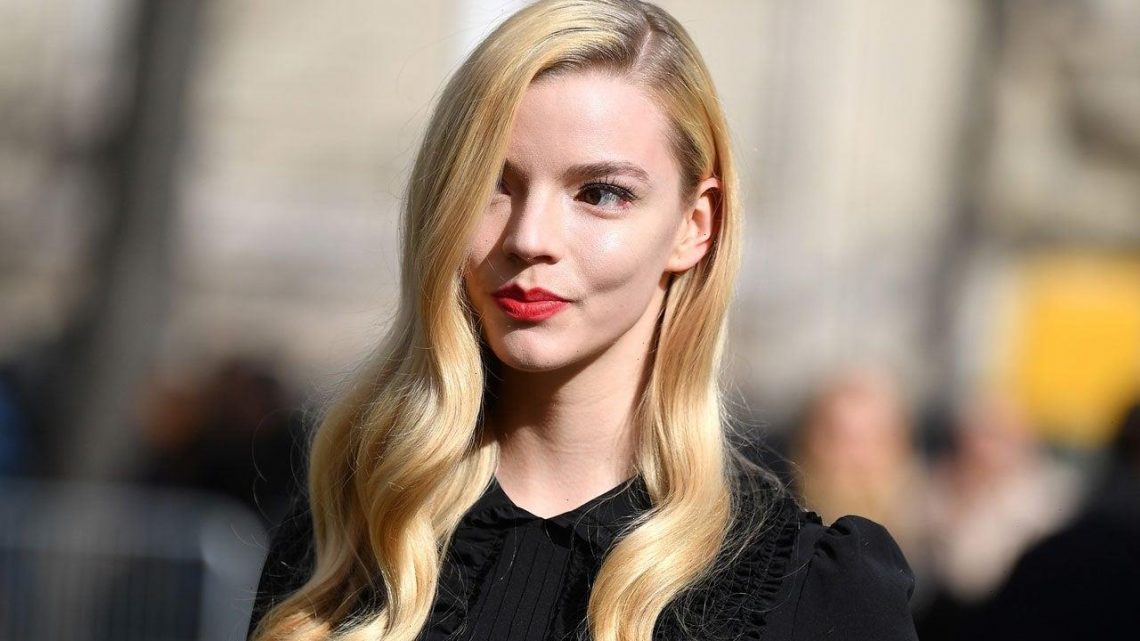 Anya Taylor-Joy is opening up about bullying, and why she almost quit acting before she landed her role as Beth Harmon in The Queen’s Gambit.

The 25-year-old actress covers ELLE‘s May 2021 Rising Stars issue, and gets candid about everything from growing up in Buenos Aires, Argentina, to her experience in Hollywood in her accompanying interview with the magazine.

“I joke about this, but I’m kind of serious when I say that the characters in the Harry Potter books were my friends. I spent the first two years in England playing hand-clap games with plants — if you slap them hard enough, they clap back — and learning how to read,” Taylor-Joy admits. “That was my existence. I didn’t hang out with other kids. I was clearly a very normal child.”

Of once being trapped in lockers and being made fun of for having wide-set eyes, Taylor-Joy tells the outlet she no longer wants to give those stories “the airtime.”

“It just really pushed me. Much the same way as Beth needed chess, I needed acting,” she says. “I needed to believe in a place where I could be valued and appreciated, and actually have something to contribute rather than constantly feeling like, ‘What is wrong with me, and why do I not fit in?'”

During another portion of the interview, Taylor-Joy discusses her tight-knit bond with Emma co-star Mia Goth. She tells the outlet that Goth gave her some helpful advice when she at one point considered quitting acting.

“I had been working back to back — just before Emma, I’d done two projects at the same time, and I was going through some emotional relationship stuff. So at the beginning of 2019, I was just really broken and frightened of everything, and Mia and I were driving back from rehearsal,” she continues. “I turned to her and said, ‘I think I’m going to quit acting. I don’t think I can do this.’ And I’ve never seen Mia look so worried in my life. She was like, ‘But…that’s what you do. You can’t not…what are you talking about?’ I was like, ‘I think I need to back out now and just let it be and try to take care of my heart.’ And she was like, ‘No, that would be really bad. You can’t not have the thing that is your oxygen.’ I’m really glad she said that.”

Back In February, Taylor-Joy spoke to ET about the possibility of a second season of The Queen’s Gambit shortly after winning Best Actress in a Limited Series or Motion Picture Made for Television at the Golden Globes.

“Maybe,” she said, of revisiting the popular Netflix series. “Not to disappoint anybody, but we just never thought about it. It was always a sapling to tree transition. You see her grow, you leave her in a good place. So we were genuinely surprised when people were like, ‘Where’s season 2?'”

“That being said, I adore the entire team that made it and I would jump at the chance to work with them again,” she added.