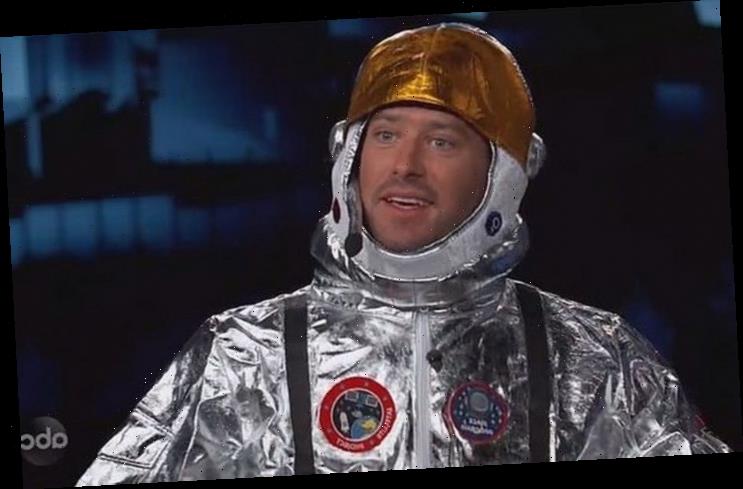 The ‘Call Me by Your Name’ actor talks about the project he did with one of his friends during the coronavirus lockdown in a new ‘Late Night’ interview with Jimmy Kimmel.

AceShowbiz –Armie Hammer has been helping his pal renovate an “abandoned, rundown motel” as Hollywood ground to a halt during the Covid-19 pandemic.

In late August (20), Hammer revealed that he had been doing construction work for two months with his friend Ashton Ramsey who, according to the “Call Me By Your Name” star “bought an old motel out in the desert.”

“I have been productive. I’ve been really fortunate,” he tells “Jimmy Kimmel Live!“. “I mean look, the world’s falling apart, it’s the apocalypse, but funny enough, my buddy Ashton bought an old motel out in the desert.”

Hammer describes the property in Twentynine Palms, California as “this kind of abandoned, rundown motel,” explaining, “I came back from the Cayman Islands where I was during quarantine and I was like, ‘Dude, I have nothing to do.’ “

“He was like, ‘Do you wanna come live with me in this abandoned motel and do construction with me?” the actor recalled. When Kimmel asks why he didn’t laugh off the offer because he’s “a movie star,” the actor quips. “Do you think I had anything else better going on?”

“I was literally sitting at home picking boogers and seeing how far I could flick them,” the “Hotel Mumbai” star laughs. “I was really out of options.”

Adding he was mostly sanding floors, replacing dry wall and moving objects, Hammer jokes, “It wasn’t anything like… I’m not doing electrical work – look at me. Would you trust me to touch wires? No way.”

It’s been a turbulent few months for the star, who has been spending much of the pandemic alone following his split with wife Elizabeth Chambers after 10 years of marriage. The former couple shares two children – Harper, five, and Ford, three.

This Serum Saved My Eyelashes After I Accidentally Cut Them Off

Tiktok Fan Theory Suggests One Direction's Name Is a ‘Glee’ Reference, if Only Subconsciously
Recent Posts