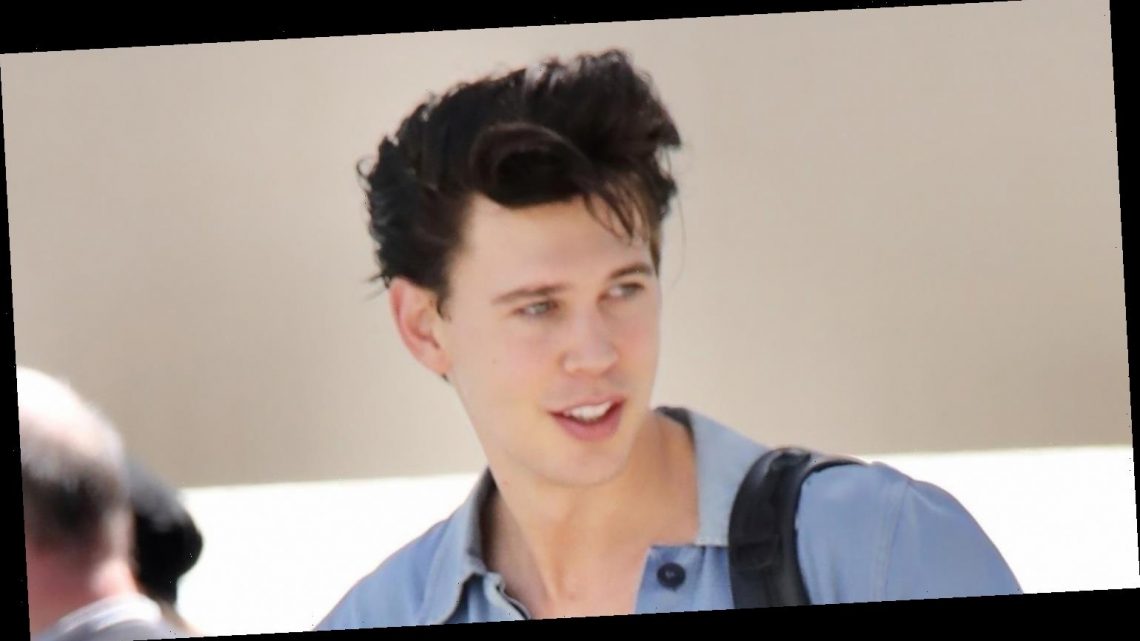 Austin Butler is seen rocking his black hair and Elvis Presley ‘do while out and about on Friday (November 20) in Gold Coast, Australia.

The 29-year-old actor is set to star as the late King of Rock ‘N Roll in an upcoming Baz Luhrmann biopic.

Austin has been working on the film since August of 2019, but obviously had to take time off this year due to the pandemic.

He will be joined by Tom Hanks, who will play Elvis‘ manager Colonel Tom Parker, and Olivia DeJonge as Priscilla Presley.

It was recently announced that Dacre Montgomery, Richard Roxburgh, Helen Thomson and David Wenham have also joined the cast.

“Elvis was surrounded by an extraordinary array of rich personalities, and we are very fortunate to pull together a tremendous ensemble to tell this story,” Baz said in a statement, via Variety. “It’s exciting to unite some of Australia’s finest actors, from longtime collaborators from Moulin Rouge!, Australia and The Great Gatsby like Richard Roxburgh, David Wenham and Kate Mulvany, to exciting new faces such as Dacre Montgomery, Helen Thomson, Luke Bracey, Natasha Bassett and many more. With the world as it is right now, our entire company is grateful that we can join together in this creative venture to bring employment and opportunity in front of and behind the camera, and to the community at large.”