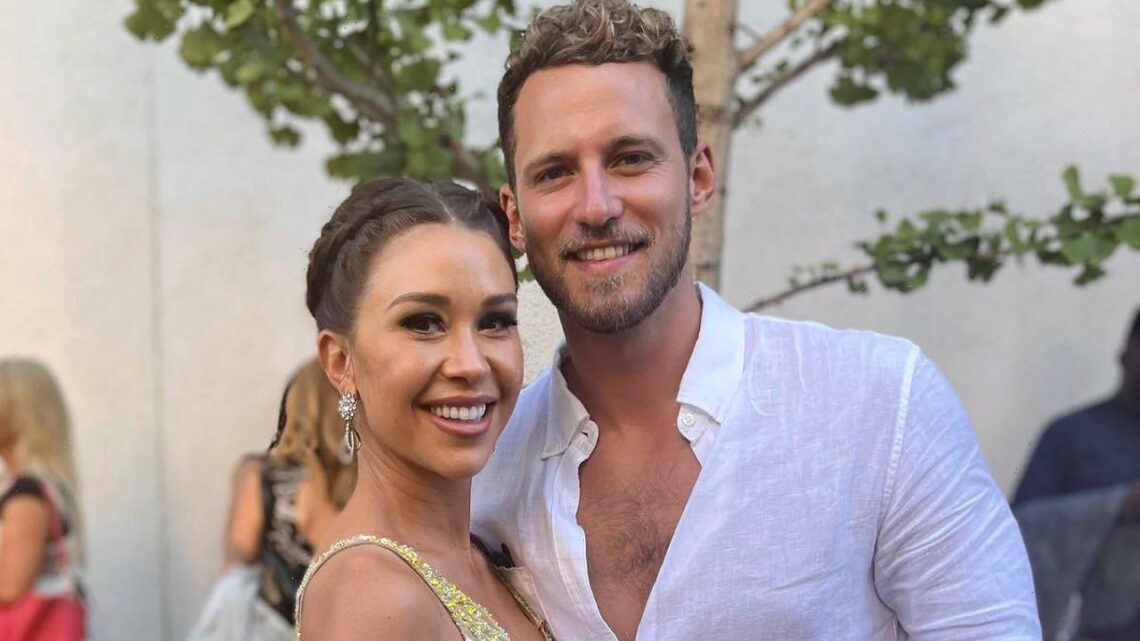 According to a new report, the ICU nurse calls off her brief engagement to Erich earlier this week after she sparked split rumors with the 29-year-old real estate analyst.

AceShowbiz -“The Bachelorette” alum Gabby Windey and Erich Schwer broke up after their brief engagement. According to a new report, the ICU nurse called off her brief engagement to the real estate analyst earlier this week.

A source told E! News on Friday, “She felt they weren’t aligned and weren’t on the same page.” The insider continued, “Gabby was hoping they could give each other space and work it out but ultimately decided they didn’t have a future.”

Prior to this, Gabby sparked split rumors when she said that they were “supporting each other from afar.” When asked about the status of her relationship with Erich after he was absent at her “Dancing with the Stars” Halloween performance, she said, “I think life is just really busy for the both of us right now, so I understand [fans] concern.”

She continued, “We’re just kind of, you know, going forward with each of our individual interests and supporting each other from afar.”

After catching wind of her reply, some “Bachelor” fan accounts assumed that the pair’s romance didn’t work out. Fans also admitted that they were sad if the couple really calls it quits.

“Sad, but sounds like they’re not together. Support is good, but doesn’t replace love,” one fan commented. “Yeah they def broke up judging from that statement,” another fan wrote.

Despite his absence at the Monday taping, the 29-year-old showed support to Gabby as he encouraged his followers to vote for his fiancee in an Instagram Story post. “She keeps on crushing it,” he captioned the screenshot of him texting “Gabby” the maximum ten times to the “DWTS” voting number.

The pair got engaged during season 19 finale of the hit ABC series, which aired in September. “I love you, Gabby Windey,” Erich said at the time. “You are amazing. You are the most amazing person I’ve ever met. It’s you, me until the wheels fall off. I’m head over heels in love with you, and I want to spend the rest of my life with you.”

Sisters make $12,000 a month renting out their old dresses