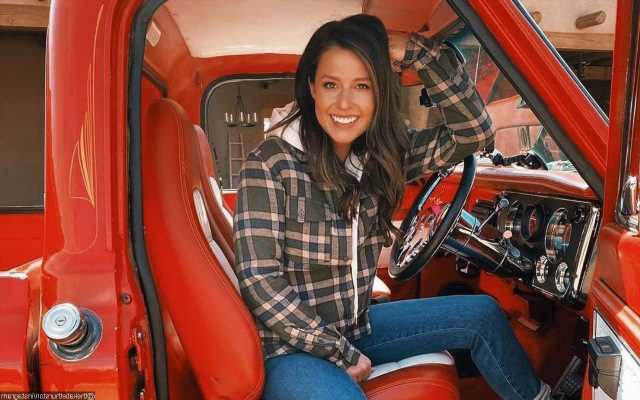 Feeling unapologetic for being too unfiltered, the reality TV star vents her feelings after being ‘under a microscope’ for the last 12 months due to her sex-positive stance.

AceShowbiz -“The Bachelorette” star Katie Thurston slammed haters in a new TikTok video. Feeling unapologetic for being too unfiltered, Katie vented her feelings after being “under a microscope” for the last 12 months due to her sex-positive stance.

“Welcome to a channel that was once called Vent with Katie and is now called the Katie Thurston,” she said in her new video, which was posted on July 4. “Why? because I’ve been on a television show, not once but twice, and in those last, I don’t know, 12 months of my life, I have been completely under a microscope.”

She went on to say, “I’ve been told what I should and should not do and what I can and cannot say and I’m done filtering myself.” The TV star urged others to unfollow her on social media if they think that her posts were too much. “You think I swear too much? Go f**k yourself. You think I’m too raunchy, don’t f***ing follow me,” she said.

The bank marketing manager also revealed that before finding fame on reality TV, she was “uncensored and raw.” She continued, “Now, I have a community of people who want to talk about me, write about me, gossip about me and you know what I’m done. You’re not going to steal my f***ing joy. Katie’s coming back.”

Her fans were quick to give her encouraging messages in the comment section. “QUEEN! You’ve got a whole generation that will look up to you and see your authenticity,” one fan wrote. “I hope it inspires them.”

Another fan penned, “Don’t forget about your supporters. We’ve always been here! Haters gonna hate, but don’t put your energy into that.”

In her previous interview with Variety, Katie said, “Sex positivity is such a thing for me. I talk about sex in a very casual way.”

Bucks, Suns were opposite sides of coin in historic draft
Recent Posts