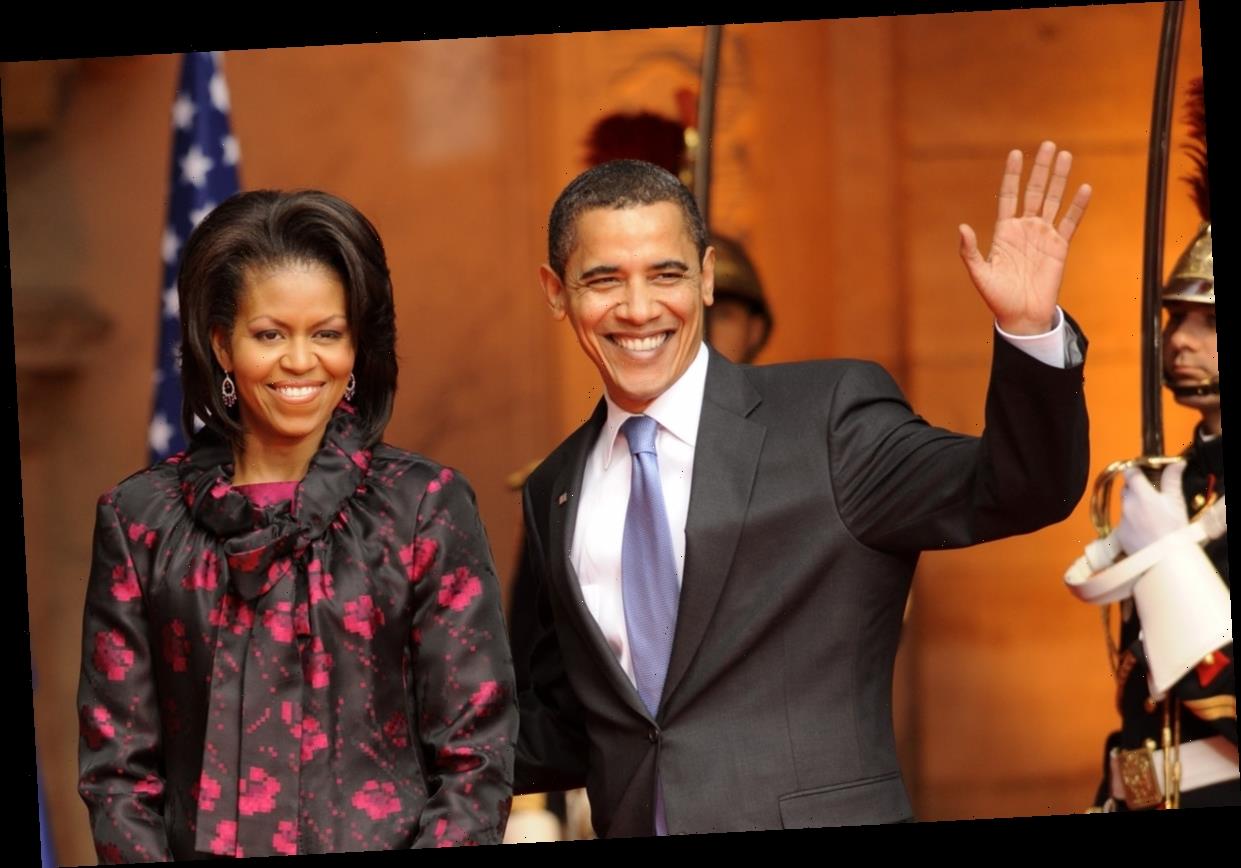 Ever since President Barack Obama was elected in 2008, he and Michelle Obama have been showing the world what poise, charisma, and unwavering dedication looks like. Through the years, it’s become clear that their synergy as a couple is truly remarkable. From Barack and Michelle Obama’s relationship timeline, it’s clear they’ve been there for each other through it all. In a March 2013 interview with Vogue, the former president opened up about how marrying Michelle changed him for the better

"Michelle’s like Beyoncé in that song, ‘Let me upgrade ya!’ She upgraded me," Barack told the magazine. And just so we’re clear, if your partner ever compares you to Beyoncé in any song, they’re a keeper. The former POTUS was also quick to admit he owes much of his success to Michelle. "Obviously I couldn’t have done anything that I’ve done without Michelle," Barack told Oprah Winfrey in a 2011 interview. "You were asking earlier what keeps me sane, what keeps me balanced, what allows me to deal with the pressure. It is this young lady right here… Not only has she been a great first lady, she is just my rock. I count on her in so many ways every single day." In honor of what an awesome team these two make, here’s a look at how their love story began.

Michelle and Barack first crossed paths while working at Sidley Austin LLP, a law firm based in Chicago in 1989. The firm decided to assign Michelle to be Barack’s mentor, and the duo ended up hitting it off. "Because I went to Harvard and he went to Harvard, and the firm thought, ‘Oh, we’ll hook these two people up,’" Michelle told ABC News in 2008. It wasn’t long before Barack made the first move and asked Michelle on a date, but the future first lady said she wasn’t into the idea of a workplace romance. "Barack, about a month in, asked me out, and I thought, ‘No way. This is completely tacky,’" she admitted in the same interview with ABC News.

Fortunately, her apprehension was no match for his charm, and they ended up meeting for a lunch date at the Art Institute of Chicago, which concluded with a romantic walk in the park, a movie, and some ice cream. "He showed all the sides — he was hip, cutting edge, cultural, sensitive," Michelle told The Telegraph. "The fountain — nice touch. The walk — patient." According to NBC Chicago, the couple then shared their first kiss outside of a Baskin-Robbins.

After two years of dating, Barack surprised Michelle by popping the question during a dinner date in 1991. However, in her memoir Becoming, Michelle later revealed that the couple got into a "quarrel" shortly before the big moment because she wanted to get married ASAP, but Barack wasn’t sure if he believed in marriage at all. The good news is he was obviously bluffing.

"Eventually our waiter came around holding a dessert plate, covered by a silver lid," she wrote. "He slid it in front of me and lifted the cover. I was almost too miffed to even look down, but when I did, I saw a dark velvet box where the chocolate cake was supposed to be. Inside it was a diamond ring." 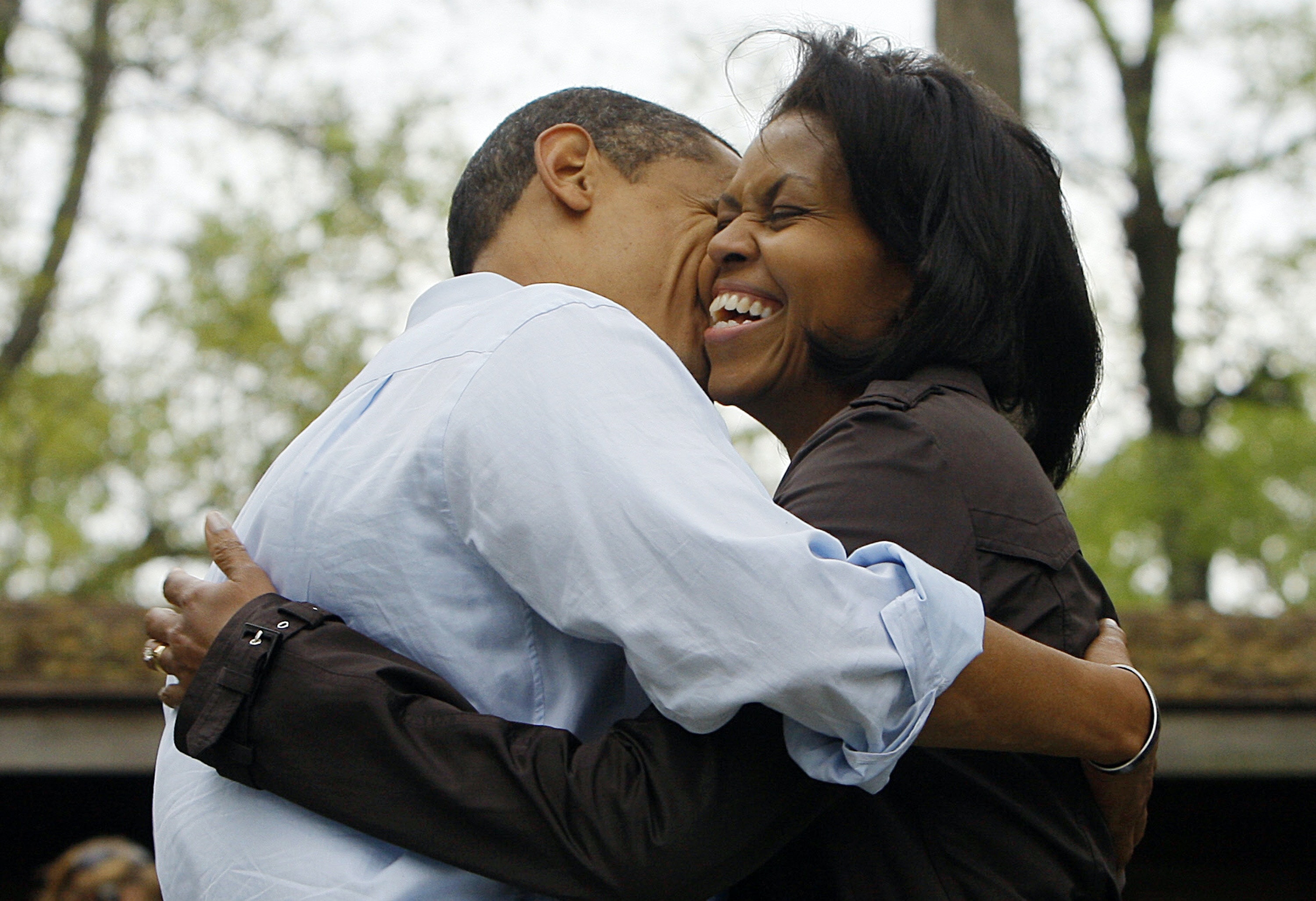 Michelle and Barack tied the knot on Oct. 3, 1992 at Trinity United Church of Christ in Chicago. “Barack didn’t pledge riches, only a life that would be interesting," Michelle reminisced on the official Obama Foundation website page about the couple’s story. "On that promise he delivered."

However, just like every long-term couple, their relationship hasn’t always been perfect. Michelle opened up to Good Morning America about her early struggles with infertility, which included a miscarriage and IVF in order to conceive, and the strain it put on their marriage. "I felt like I failed because I didn’t know how common miscarriages were because we don’t talk about them," she said. "We sit in our own pain, thinking that somehow we’re broken."

Despite their initial struggle to have children, Michelle and Barack remained optimistic and decided to pursue fertility treatments. Their eldest daughter, Malia, was born on July 4, 1998. Three years later, on July 10, 2001, they welcomed their second daughter, Sasha. Since then, Barack has shown he takes being a family man very seriously, and never misses an opportunity to praise his wife for being an incredible partner and mother to their children.

"The great thing about the girls is they’ve got a wonderful role model in their mom," Obama told Essence in a 2013 article. "They’ve seen how Michelle and I interact — not only the love but also the respect that I show to their mom. So I think they have pretty high expectations about how relationships should be, and that gives me some confidence about the future." 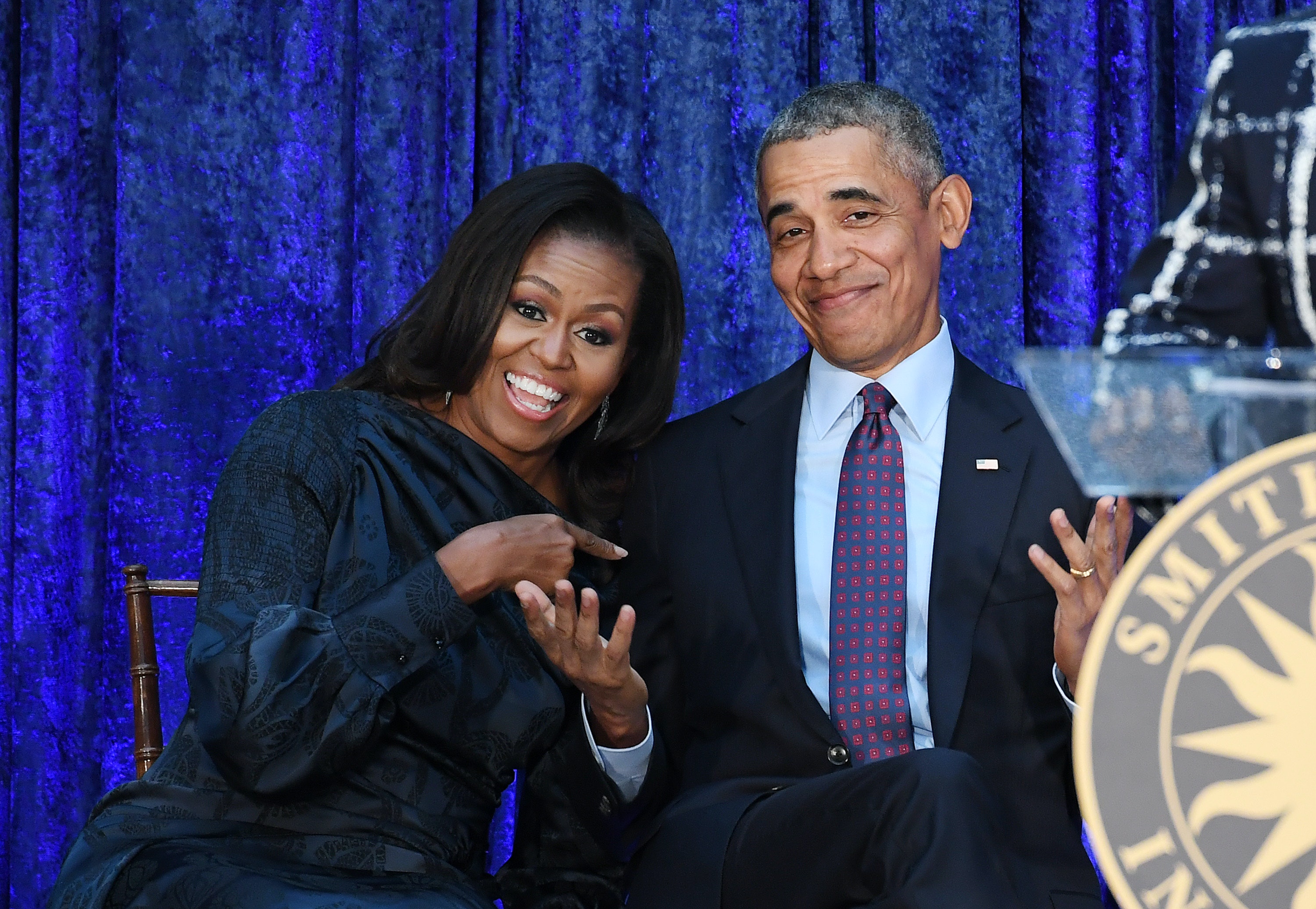 After almost 28 years of marriage and two terms in the White House, Michelle and Barack are still going strong. Since leaving office, they have also taken on multiple joint business ventures including starting a production company, Higher Ground Productions, which signed a multi-year deal with Netflix in 2019. In 2020, the company won its first Oscar for — wait for it — American Factory, a documentary about culture clashes and the American workplace, which took home the Best Feature Documentary award. Their epic #powercouple game is so strong, there’s no doubt these two will continue to show us how it’s done.