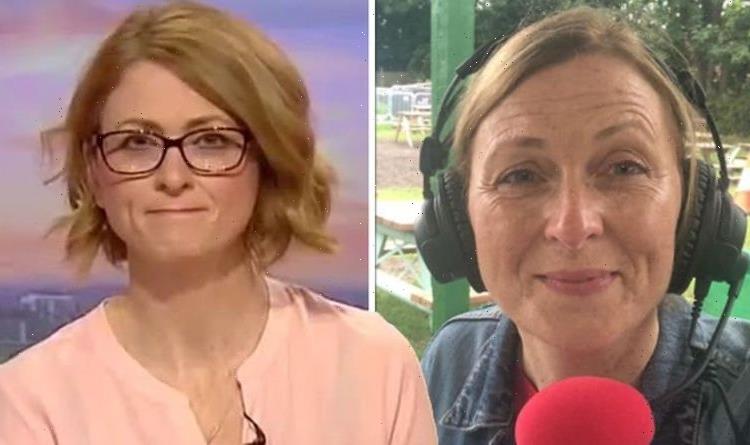 Rachel Burden is well known for hosting her morning breakfast show on BBC Radio 5 Live. However, the star has now taken to social media to bid farewell to her co-host Nicky Campbell.

Nicky will be departing their breakfast news show later this year.

The BBC confirmed today he’ll be heading to a slightly later slot on the radio.

Rachel reacted to the news in view of her 83,000 followers.

She penned: “The king is moving to a slightly later slot, long live the king.”

Nicky will continue to host the show with Rachel until November.

The BBC has confirmed former Channel 4 presenter Rick Edwards will then take over.

They announced earlier today: “We’ve got some exciting news…

“Rick Edwards will take over from Nicky Campbell as the new 5 Live Breakfast presenter alongside Rachel Burden from November.

The broadcaster also clarified: “Nicky Campbell is moving to present a later show on 5 Live every weekday morning.”

Responding to the news, Nicky said: “Congratulations to Rick.

“He’s a brilliant broadcaster. Him and @rachelburden gonna be fab.”(sic)

Nicky later confirmed he will be hosting from 9am until 11am.

This is currently the time when the host listens to viewer questions and it seems like this may be extended for a new show.

Many fans were left reacting to the news on social media.

One penned: “Happy with that as long as @NickyAACampbell you’re staying on @bbc5live somewhere during the day.”

A second added: “Good to hear your sticking around @NickyAACampbell and look forward to hearing you on the mid morning show.”(sic)

However, some were left saddened by the news he is leaving the breakfast show.

“Oh no…..so sad….How long has Nicky been on the breakfast show?” wrote another.

“Its been my morning listening for years and he has been simply outstanding as a presenter and trusted journalistic voice @NickyAACampbell.”(sic)

A fourth fan replied: “I think @nickycampbell is too good for BBC now.

“Why don’t you move to another radio channel where you are allowed to express your views.