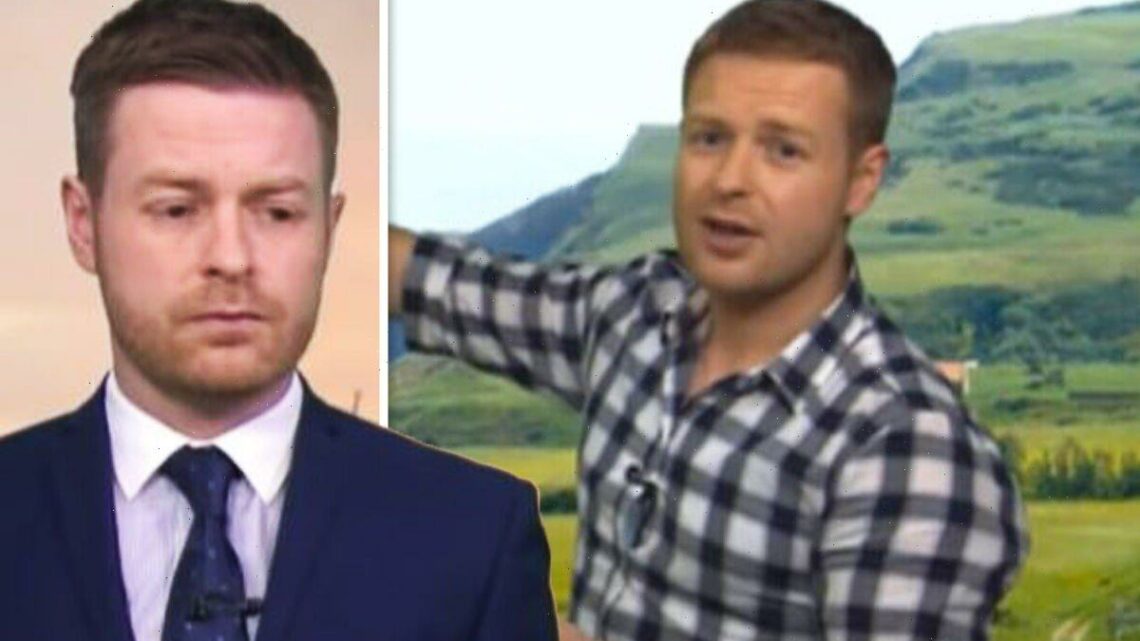 BBC Weather presenter Tomasz Schfernaker has taken to Twitter to warn the nation of the impending heatwave that’s set to sweep the UK in a few days time. The star, 43, shared a startling snap which was taken in South London and featured brown-looking grass as a result of the hot weather.

The heat next week is looking BRUTAL

In view of his 91,600 followers, Tomasz issued the warning.

He wrote: “Super dry in #London and so many other parts of the UK.

“The heat next week is looking BRUTAL,” he added alongside a flame emoji, while adding the hashtags “#ClaphamCommon #heatwaveuk.”

The BBC host added a snap of Clapham Common, where the grass had turned completely brown thanks to the combination of the recent heatwave and no rain.

It comes as temperatures are set to reach highs of 36 degress on Monday and 38 on Tuesday in some parts of the country. 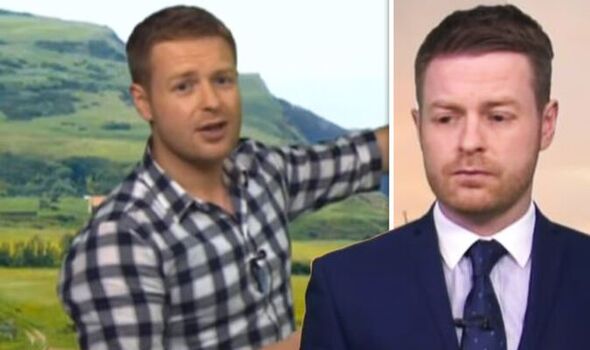 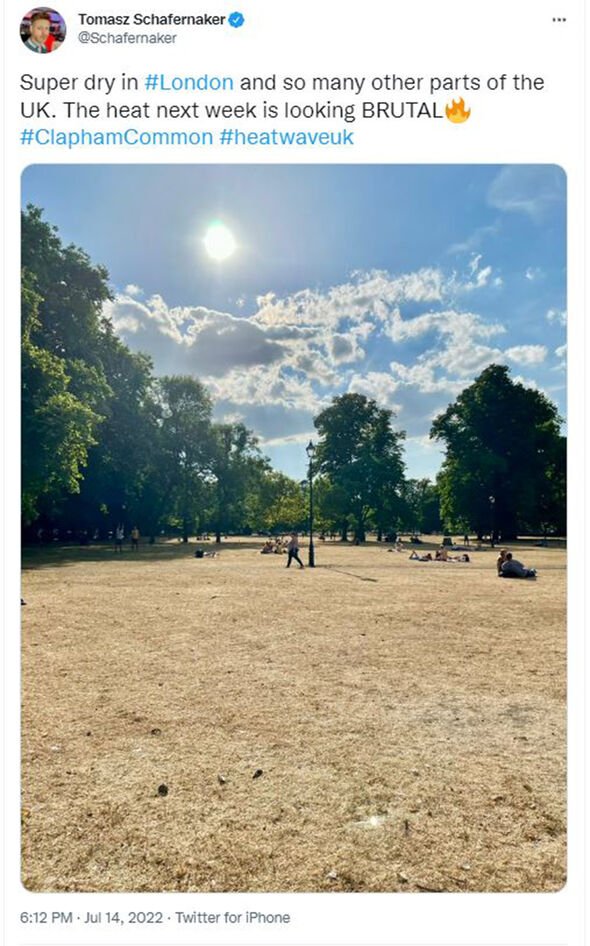 Following his warning, the star’s followers took to the comments to weigh in on the news.

But the BBC Weather presenter was quick to hit back, writing: “Who said it’s not Summer? Or not to hydrate, or that we won’t be fine?”

However, @delphinadolphin admitted that they were concerned over the heatwave, writing: “I am worried that we’ll start getting grass fires soon…” 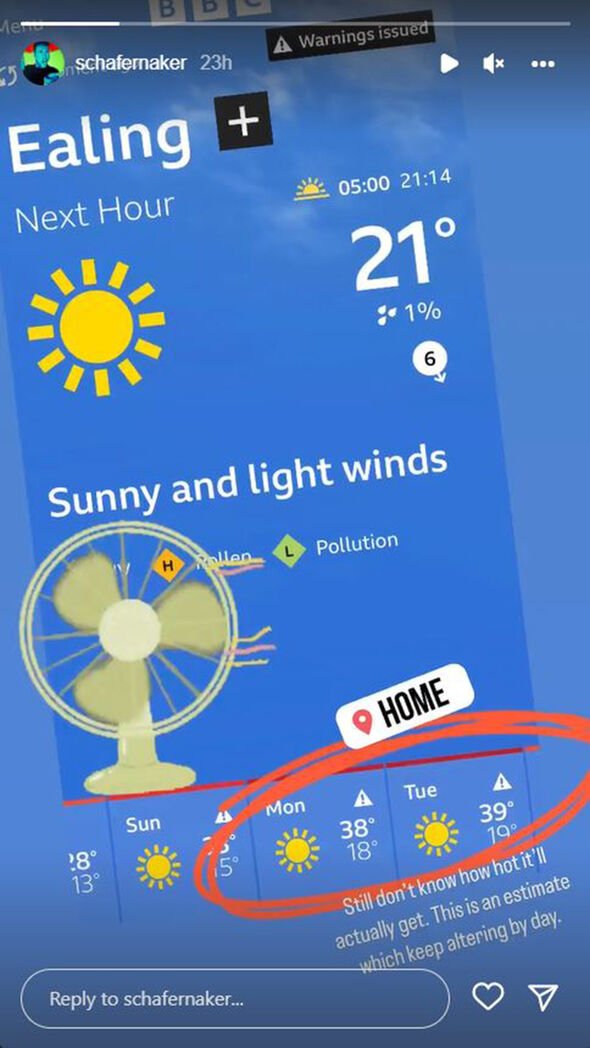 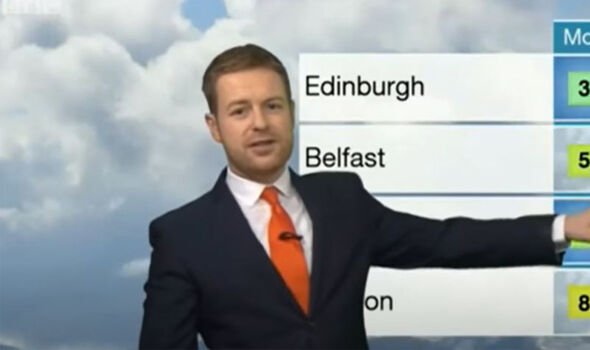 The UK isn’t the only place that’s been experiencing scorching temperatures recently.

Earlier this week, Dragon Den’s star Duncan Bannatyne revealed that he and his wife Nigora were evicted from their Algarve mansion following wildfires in the area.

The star, 73, took to social media to showcase the horrifying extent of the tragedy as wildfires ravaged the area.

While sharing a short clip, Duncan wrote: “Terrible day in the Algarve today.”

The terrifying video depicted a bright orange wildfire making its way along a residential street.

Thick black smoke could be seen billowing from the flames which appeared dangerously near to a white villa.

He also shared a video of multiple fire engines rushing to the wildfires as he was filming from his car.

Duncan penned: “Was a hell of a day in the Algarve today”

The star went on to reveal that he and Nigora had been evicted from their home as a precaution in the face of the travelling wildfires.

He replied to a fan: “We were evicted from our homes here today but luckily most fires were contained by early evening.”

Temperatures in the Mediterranean country have been spiralling upwards in the recent heatwave.

It comes as Portugal’s Prime Minister issued a warning over the temperatures which could reach 46C in some parts of the country.