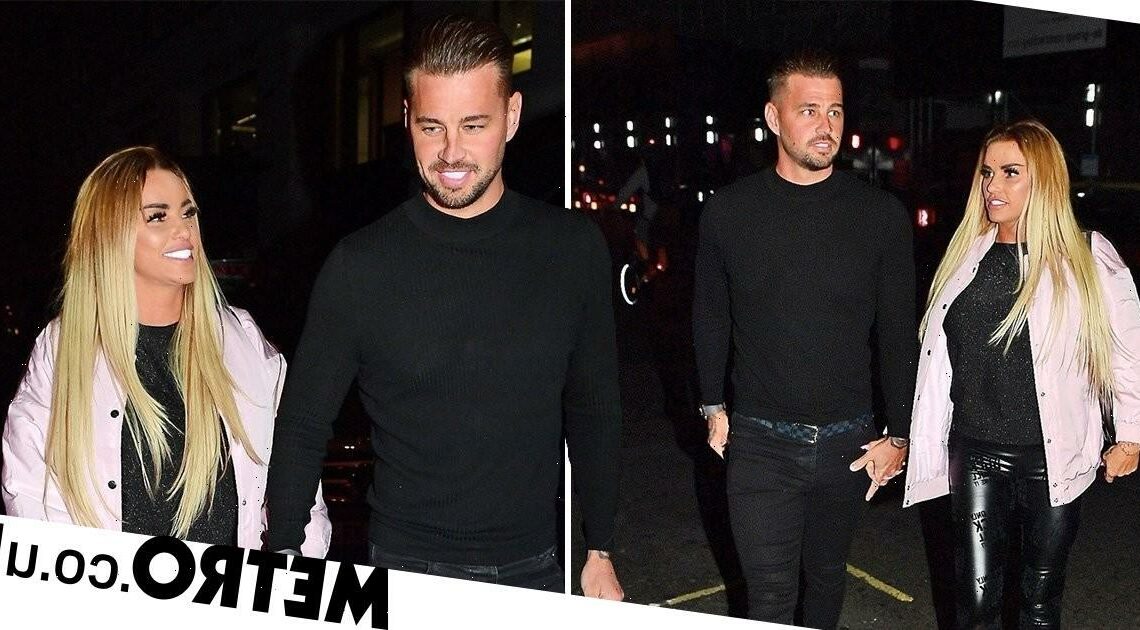 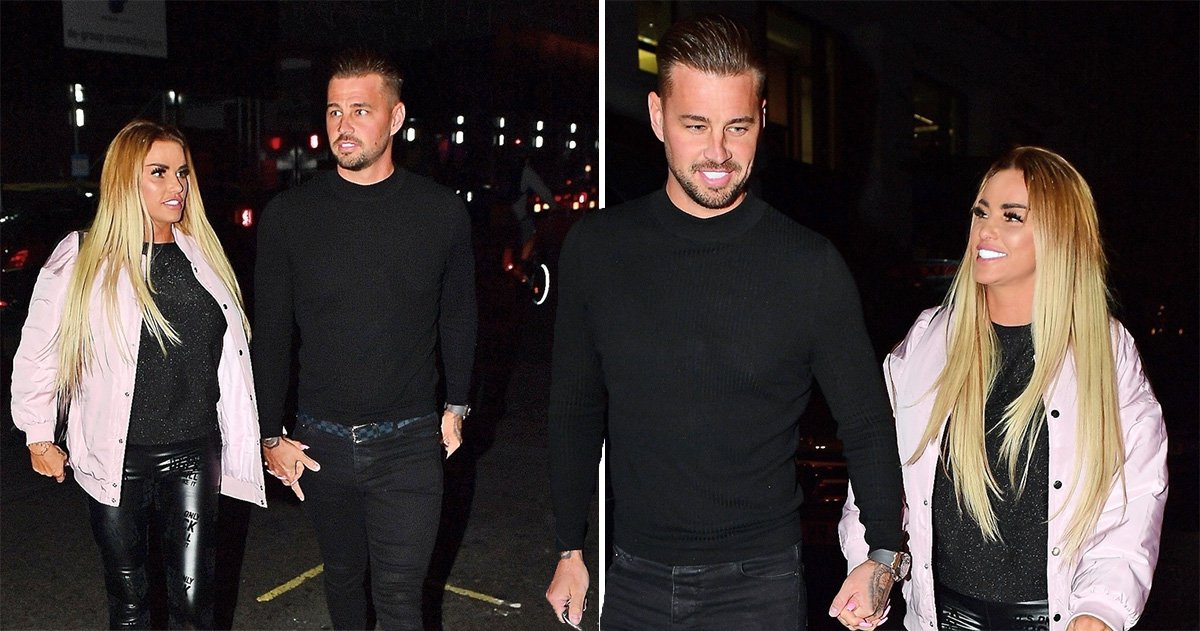 Katie Price looked smitten with Carl Woods on Thursday, as the pair returned to Blighty after not getting married in Las Vegas.

Speculation was rife the pair – who got engaged earlier this year – would wed in Sin City after a quick stop to Vegas ahead of Katie’s court date after her drink-drive arrest in September.

Despite quashing the rumours they were getting married (after picking up a marriage licence, which is usually a dead giveaway, we have to say), seems the pair are still going strong as they headed out hand in hand this week.

Pictured grinning at her finance, Katie – who returned to The Priory this week – had revealed last night she was in the city for a business meeting, as she remarked at the stunning lights on Harrods in Knightsbridge.

Katie was wrapped up in a pink jacket and wore matching sneakers, alongside Carl who was dressed in all black, with a sweater and jeans, and clearly much more adept at handling the chilly London temps than the rest of us.

Upon their return to the UK, 43-year-old mum-of-five Katie uploaded a photo of The Priory’s signpost to her Instagram story letting her followers know she had visited the mental health care facility in the capital.

During her Las Vegas holiday, it was revealed that Katie and Carl obtained a marriage licence in Clark County, Nevada, and picked out a wedding chapel, sparking widespread speculation that she was about to get hitched.

It was not to be, with Carl revealing it was all a ruse to, we don’t know, hype us up or something. Which, frankly, it did. Bamboozled, the lot of us.

He wrote on social media: ‘I can confirm that @KatiePrice and I are not getting married in Vegas and never was [sic].

Despite stating they did not walk down the aisle, Katie was spotted wheeling a personalised bright pink suitcase through the airport with ‘Katie Woods’ branded on it in black writing.

It comes as the television personality has been embroiled in legal issues in recent months.

In September she was warned she faced prison after she pleaded guilty to drink-driving while disqualified and without insurance, following a crash near her home in Sussex.

Katie has been receiving treatment at The Priory following the accident, and, after the crash but before the court appearance, Katie’s family had expressed concern for her wellbeing.

In a statement shared on her Instagram account, they said: ‘As a family we have for some time been concerned about Kate’s wellbeing and overall mental health.

‘Today our worst fears nearly came true. As a family we have been and will continue to help Kate get the help she needs.

‘We hope that she will realise that she cannot battle her issues alone.’

The family asked the media and public to give Katie space to ‘seek the necessary treatment’.