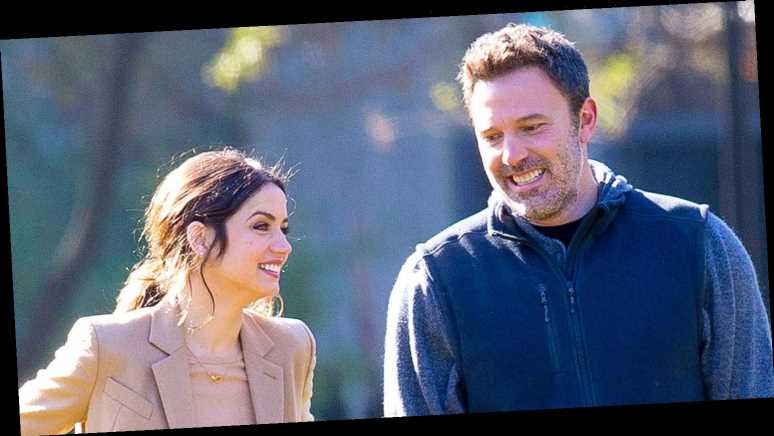 Making each other laugh. Ben Affleck and Ana de Armas seemingly had a ton of fun on the set of their upcoming movie, Deep Water. In photos from November 2019, the Way Back star, 47, was spotted laughing alongside the Knives Out actress, 31, while filming in Louisiana just months before news broke that the pair were in a relationship.

On Friday, March 6, the duo was spotted posing with a restaurant chef in Havana, Cuba, and were later seen laughing with fans. In one group photo, obtained by the Daily Mail, the two-time Oscar winner stood in front of de Armas with his arms wrapped around her shoulders.

“Ben and Ana were seen leaving Clandestina [T-shirt] shop on Friday between 11 a.m. and 12 p.m.,” an eyewitness told Us Weekly exclusively of the outing. “It was just the two of them and their driver. Ben happily took photos with fans. Ben was in a very happy mood, making funny faces in selfies with fans.”

The following day, the pair headed to Costa Rica and were spotted “making out” at an airport.

The new relationship comes shortly after Affleck revealed what he was looking for in a relationship during an interview with Good Morning America.

“I would love to have a relationship that is deeply meaningful and one to which I could be deeply committed,” the actor told Diane Sawyer on February 21. “Five years from now Ben Affleck is sober and happy and sees his kids three-and-a-half days a week and has made three or four movies that are interesting to him. I directed two [movies] that he is hopefully proud of and is in a healthy, stable, loving, committed relationship.”

He also confirmed that he’s not using any dating apps currently.

“I don’t have judgment for people who are, great,” he said. “I know people who are on them and have a fun time but that’s not me.”

Scroll through the gallery below for more photos of the actors on set together.