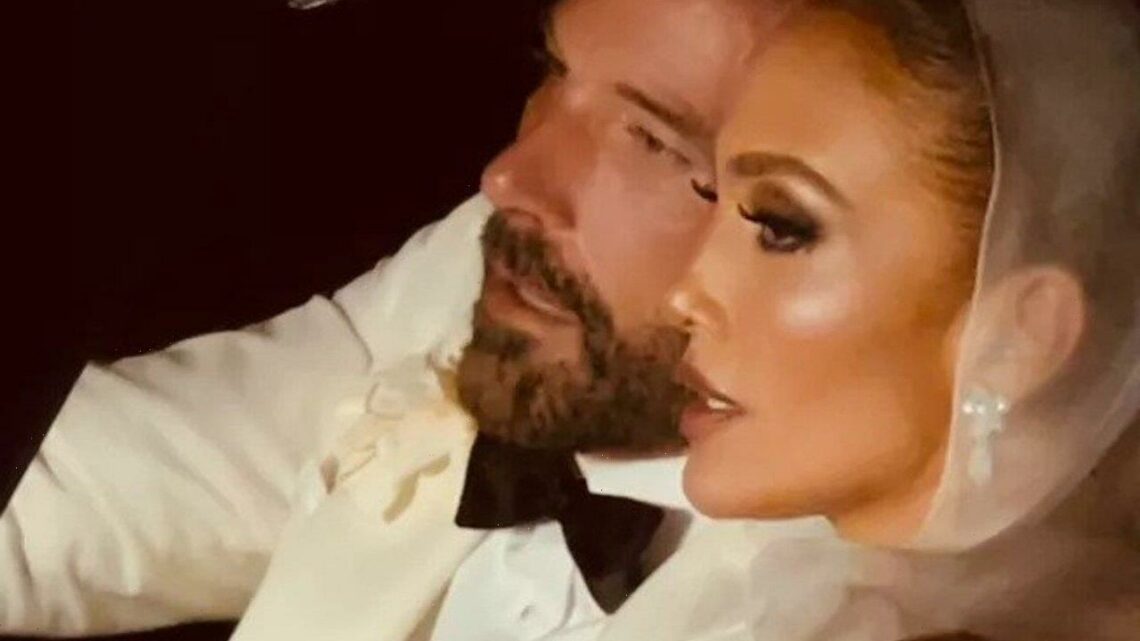 The ‘Justice League’ actor and the ‘On the Floor’ singer are seen visiting an animal shelter following their lavish wedding in Georgia and romantic honeymoon in Italy.

AceShowbiz –Ben Affleck and Jennifer Lopez have added a new member to their family by adopting a pet. After indulging in a public display of affection while back in Los Angeles at the weekend, the newlyweds headed to an animal shelter in the city with J Lo’s 14-year-old twins Max and Emme, who she shares with ex-husband Mark Anthony.

It is not yet known what animal was chosen, but Max was later photographed carrying a cardboard crate out of the centre. The pictures were published on Sunday (04.09.22) by the Daily Mail, after the couple’s wedding at Ben’s £7.7 million plantation-style estate in Georgia last month, followed by a honeymoon in Italy.

While sharing details from the nuptials, singer JLo, 53, posted an image of her in a white Ralph Lauren gown beside the 50-year-old Batman actor dancing under a neon sign that said, “Mr. & Mrs. Affleck.”

Jennifer said, “When he saw me appear at the top of the stairs that moment it both made absolute sense while seeming still impossibly hard to believe, like the best dream, where all you want is never to awaken.”

“I would have had many of the same thoughts probably had I not been focusing so hard on not tripping over my dress, but when I got close enough to see his face, it made the same wonderful sense to me. Some old wounds were healed that day and the weight of the past finally lifted off our shoulders. Full-circle – and not at all the way we planned it. Better.”

She also described their wedding reception by sharing a quote written by Ben for his 2016 movie “Live by Night“, which said, “This is heaven. Right Here. We’re in it now.”

The couple, dubbed “Bennifer,” first got together after meeting on the set of flop 2003 film “Gigli“, before they famously broke off their engagement in 2004.