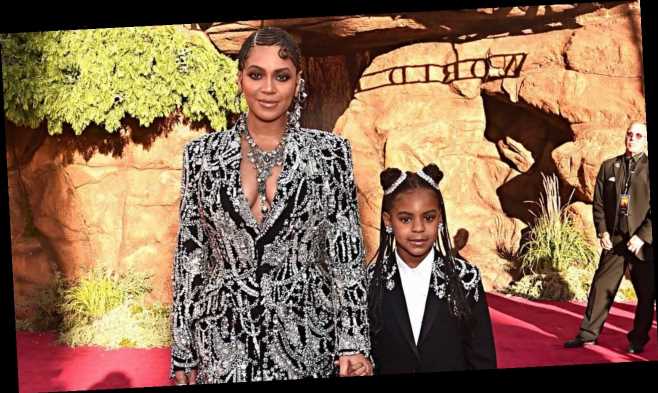 At nine years old, Blue Ivy Carter is already a GRAMMY winner! The eldest daughter of Beyoncé and JAY-Z took home her first GRAMMY award on Sunday, just hours before the televised ceremony.

She is the second youngest musician to take home the prize. Leah Peasall won a GRAMMY at eight years old for her contribution to the O Brother, Where Art Thou? soundtrack in 2001.

The protege is featured both in the vocals for the song, on which she wrote a verse, and in the music video alongside her mother.

The song was originally featured on the soundtrack for Disney’s live-action 2019 remake of The Lion King, which Beyoncé curated. The music video was made for Beyoncé’s 2020 Disney+ film, Black Is King.

Blue Ivy has already picked up a BET Award, Soul Train Music Award, and NAACP Image Award for the song.

Beyoncé also took home another GRAMMY for Best Rap Performance for her collaboration with Megan Thee Stallion on “Savage” prior to the broadcast. The 39-year-old performer now has 26 career GRAMMY awards, one shy of singer Alison Krauss’ all-time GRAMMY record of 27.