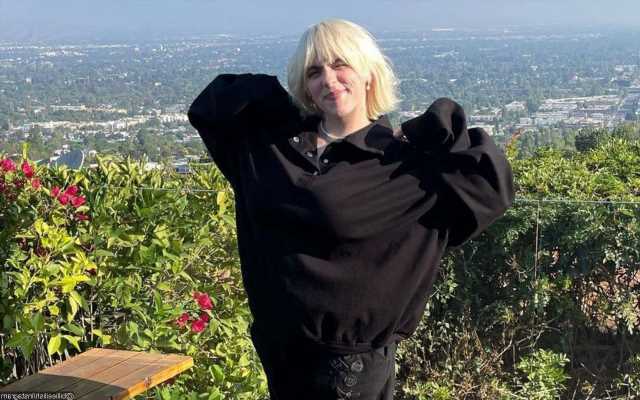 Billie Eilish Feels Conflicted About Using Her Voice for Activism

The ‘Ocean Eyes’ hitmaker says it’s ‘a tough responsibility’ to be a role model, saying she wants to be ‘helpful’ while insisting she doesn’t owe anyone anything.

AceShowbiz –Billie Eilish is struggling with her Internet presence and feels sorry for people who hate her.

The “Bad Guy” hitmaker admits she’s still “figuring out” the worldwide web and loves memes, but can’t understand why so many people feel they have to comment on her every move.

“No matter what I do, I can’t avoid myself. I’m everywhere,” Eilish tells rapper Stormzy in a new i-D magazine interview. “I feel sorry for all the people who hate me because they can’t avoid me either.”

“But I don’t want to read about Billie Eilish doing this or that from someone who doesn’t know s**t about me. Like, please. I want to make music. I get annoyed about it. But it’s funny. Why do people need to have an opinion about everything I do or say or wear or look like and f**king feel. I just want to make music. I’m just a random girl who likes to sing. It’s not that deep. Just listen to the music and shut the f**k up about my life.”

Billie also feels conflicted when it comes to sharing details about her life, revealing she doesn’t want people to know everything about her although she likes to be as open as possible.

“I want people to be able to feel seen and heard if they’ve experienced the same things I have,” she tells the rap star. “I want to be helpful.”

“I want people to realise that it’s OK, that everyone goes through this. You can speak for people who don’t have a voice. But also, it’s conflicting, because sometimes you also don’t want to talk about it. It’s a tough responsibility because it’s also not my responsibility. I don’t owe anyone anything.”